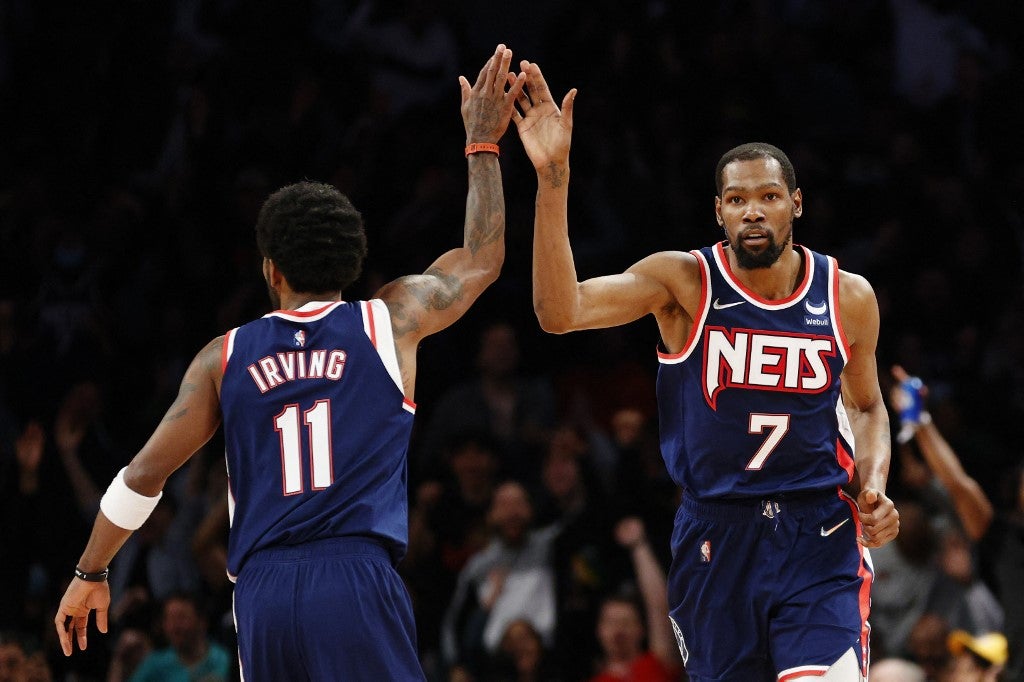 Kevin Durant #7 high-fives Kyrie Irving #11 of the Brooklyn Nets during the second half against the Cleveland Cavaliers at Barclays Center on April 08, 2022 in the Brooklyn borough of New York City. The Nets won 118-107. Sarah Stier/Getty Images/AFP

The New Orleans Pelicans and Brooklyn Nets are oddsmakers’ biggest favorites to win their opening games in the NBA play-in tournament this week. Basketball bettors like them the most, too.

The Nets, the Eastern Conference’s No. 7 seed, are 8.5-point favorites (-400 moneyline) at both BetMGM and DraftKings to beat the No. 8 Cleveland Cavaliers on Tuesday night at home.

Despite having the No. 7 seed, the Nets are in fact one of the handful of favorites to win the championship. Buoyed by stars Kevin Durant and Kyrie Irving — who now can play home games thanks to New York lifting its COVID-19 vaccine mandate for the private sector — the Nets have the third-shortest odds at both BetMGM and DraftKings to win the whole thing.

The Nets are +600 at DraftKings and +700 at BetMGM as of Monday evening. In both cases, they trail only the Phoenix Suns and Milwaukee Bucks.