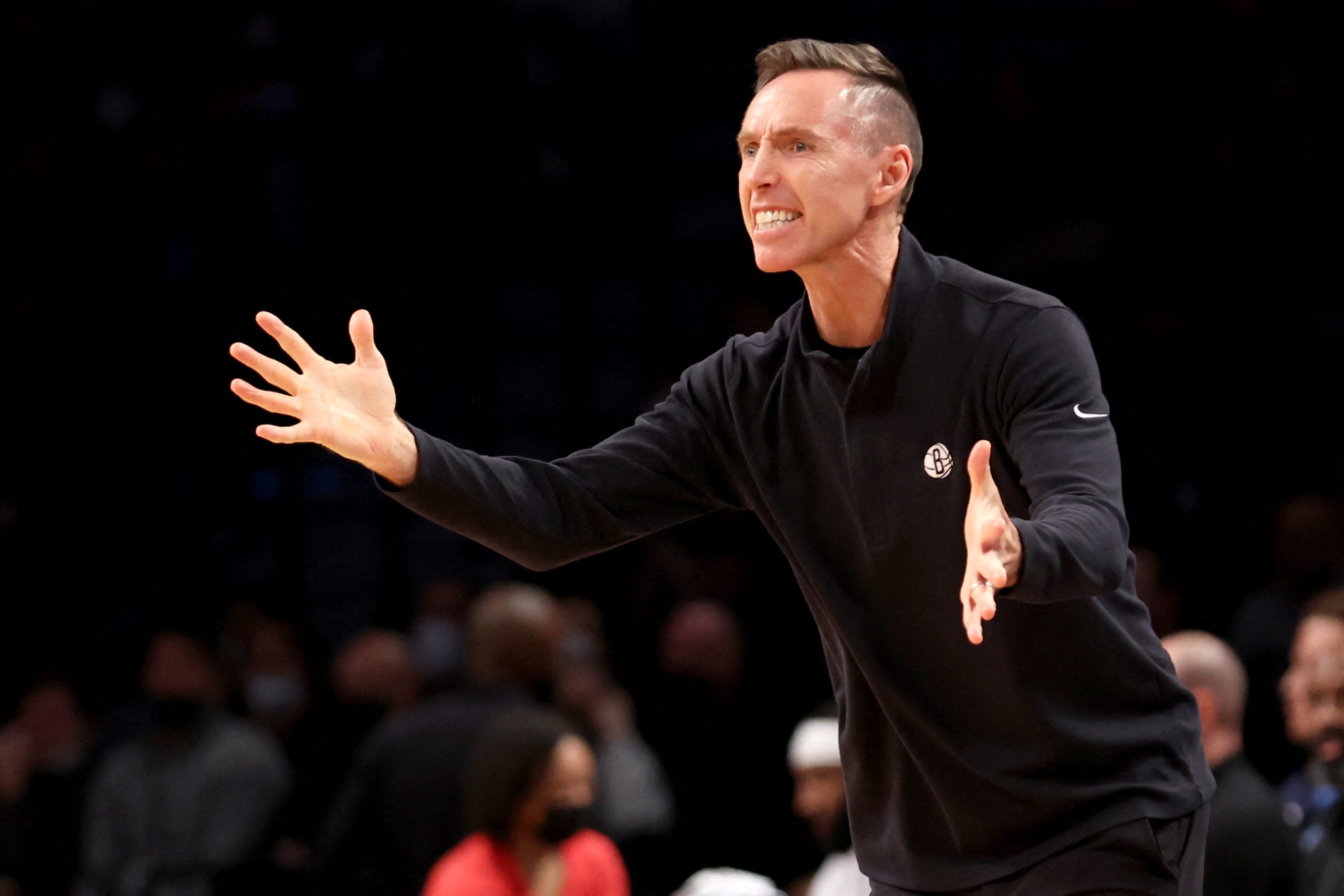 Brooklyn Nets head coach Steve Nash called Tuesday’s shooting on a subway train in Brooklyn “tragic and senseless” and said it hits close to home for the team, whose practice facility and offices are located close by.

At least 17 people were injured when a gunman wearing a gas mask set off a smoke bomb and opened fired on the train. Police said the man, believed to have acted alone, fled the scene.

The morning rush-hour attack unfolded as a Manhattan-bound subway train on the N line was pulling into a station in Brooklyn’s Sunset Park neighborhood setting off an intense manhunt by local and federal law enforcement.

“Our community was affected this morning in a tragic and senseless way,” Nash said prior to the tip-off of the Nets play-in tournament home game against the Cleveland Cavaliers.

“That’s the subway stop for our practice facility and for our office, so it does hit home. You just feel for all those affected.”

The team held a moment of silence before the start of the game at Barclays Center and said they and the WNBA’s New York Liberty would donate $50,000 to help those who were injured. The Nets won the game 115-108.

Ten people were hit directly by gunfire, five of whom were hospitalized in critical but stable condition, authorities said. Seven others were injured by shrapnel or otherwise hurt in the chaos as panicked riders fled the smoke-filled subway car, some collapsing to the pavement as they poured onto the platform of the 36th Street station. The fire department said two of those hurt were treated at the scene.

According to CNN and other media organizations, a total of 29 people suffering various injuries in the incident turned up at area hospitals, though most appeared to have been emergency room walk-ins who were treated and discharged.

“And you recognize that we have a lot of growing to do as a society and a community and you feel for everybody,” Nash said.

“It’s more important now for our community to look at how to support each other and continue to live with conviction and find ways to overcome.”

Read Next
Rafael Nadal still unable to train with a racket, will miss Barcelona
EDITORS' PICK
SMDC all set for growth, prepared to face market resurgence
House energy committee chair Arroyo bats for cheap electricity
Dengue cases in PH continue to swell: 92,343 as of July 23
‘Revolting’: 29,000 teachers left out after PS-DBM bought pricey, outdated laptops
TNT brings Sarah G and Mimiyuuuh together for epic collab
Imee Marcos tests positive for COVID-19
MOST READ
Raffy Tulfo blasts ‘killjoy’ critics of Angara’s birthday party: It’s for charity
Bongbong Marcos to PNP: Use of force must be reasonable, justifiable and only when necessary
Homeowners of BF Homes in Parañaque protest opening of 5 gates to public
‘Revolting’: 29,000 teachers left out after PS-DBM bought pricey, outdated laptops
Don't miss out on the latest news and information.