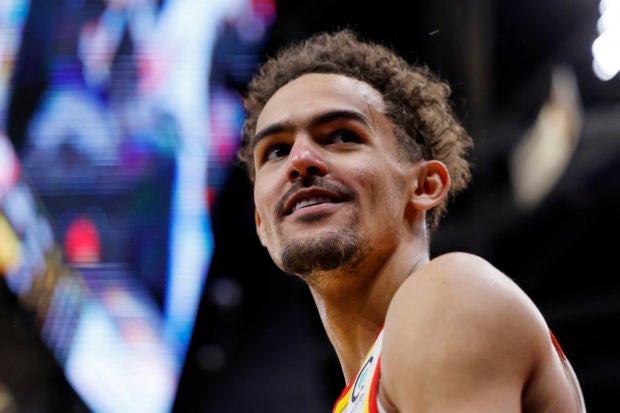 Trae Young of the Atlanta Hawks reacts during the second half against the Cleveland Cavaliers at Rocket Mortgage Fieldhouse on April 15, 2022 in Cleveland, Ohio.  (Getty Images via AFP)

LOS ANGELES –  Trae Young scored 32 of his 38 points in the second half as the Atlanta Hawks rallied to beat the Cleveland Cavaliers on Friday and book the final NBA Eastern Conference playoff berth.

The Hawks, who finished ninth in the East in the regular season, erased a double-digit halftime deficit in the play-in contest to line up a first-round series with Eastern Conference top seeds Miami, with game one scheduled for Sunday.

It was a heartbreaking finish to the season for a young Cavaliers squad, who fell one step shy of qualifying for the post-season for the first time since LeBron James departed the club in 2018. 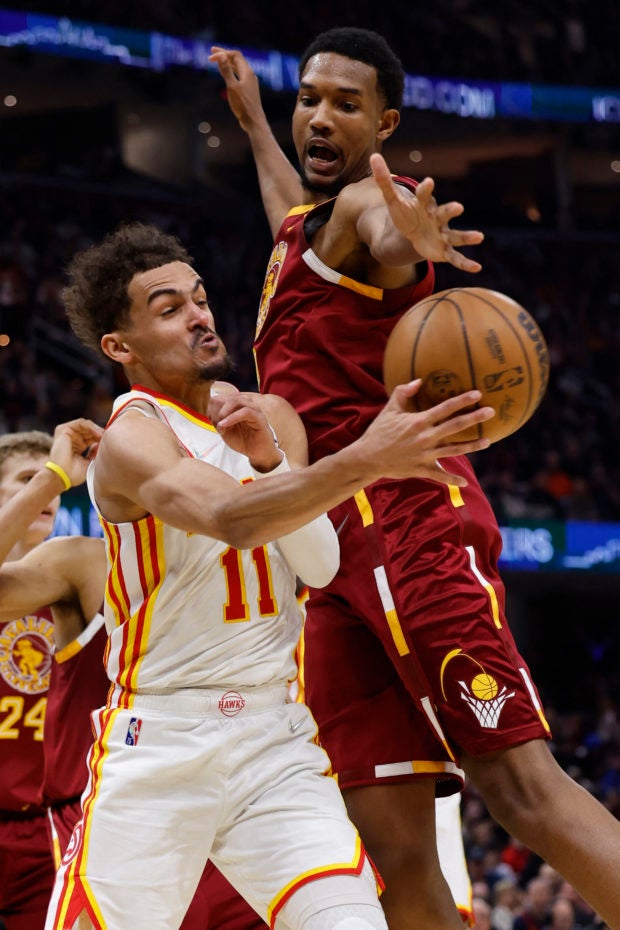 Trae Young of the Atlanta Hawks passes around Evan Mobley of the Cleveland Cavaliers in the first half at Rocket Mortgage Fieldhouse on April 15, 2022 in Cleveland, Ohio.   (Getty Images via AFP)

The Cavs dominated early, but Young found his touch in the second half and five Hawks players scored in double figures to complete the turnaround.

“I felt like I was letting my team down in the first half,” said Young, who had four turnovers along with six points before the interval.

“I was missing some shots. We were only down 10 in the halftime and I knew I needed to make some more shots for my teammates.”

In fact, Young stepped up his game on all fronts. He scored or assisted on 43 of 56 second-half points for Atlanta, accounting for more than the 40 points that Cleveland scored after the break.

Young said it was just “more motivation” when center Clint Capela departed with a hyper-extended right knee moments before halftime.

Capela had grabbed Cavs rookie Evan Mobley from behind as Mobley was shooting, but Mobley fell back into Capela’s legs and the veteran fell to the court holding his knee in pain.

After officials reviewed the play the call of a common foul stood, but Capela was ruled out for the rest of the contest.

“We wanted to win for him,” Young said. “We know how hard he’s worked all year wanting to get in the playoffs. We hope he’s going to be able to bounce back for us.”

Cleveland had jumped to a double-digit lead in the first-quarter, boosted by the three-point shooting of Lauri Markkanen who scored 17 first-half points.

Markkanen led the Cavaliers with 16 points and Darius Garland added 21.

But with Young leading the way the Hawks turned the tables in the third quarter, taking the lead for the first time on a three-pointer from Young with 1:42 left in the period.

“Nobody had to say anything to me,” said Young, whose driving basket early in the fourth quarter put the Hawks up for good. “I know the work I put in, the confidence I have and I’ve got to go out and show it.”