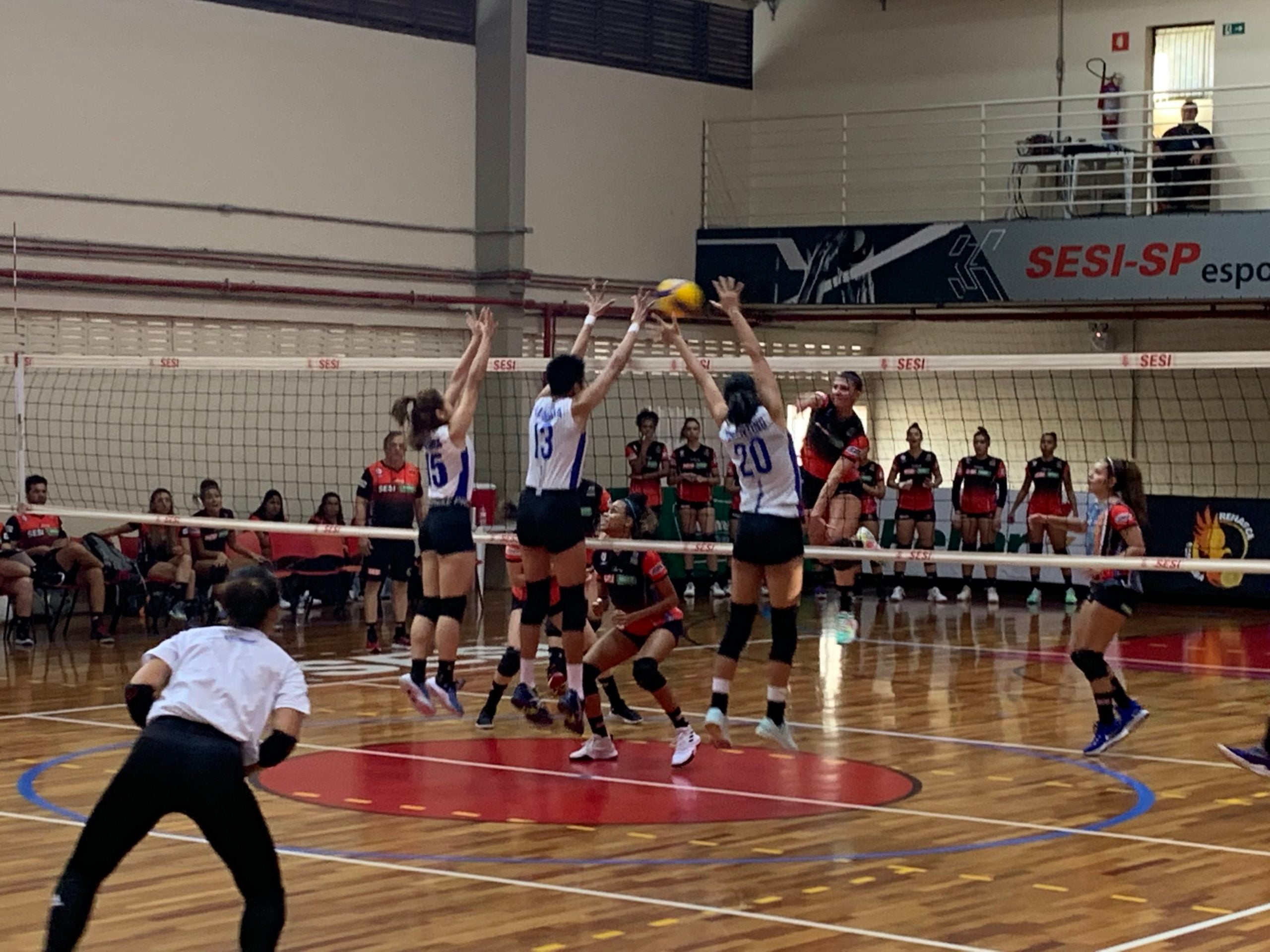 The Philippine national women’s volleyball team puts up a defensive wall to deny an attack during a scrimmage against Brazilian club Sesi Sorocaba in Brazil. INQUIRER PHOTO/June Navarro

The progress was quite evident on Tuesday when the PH spikers demolished Sesi Sorocaba in five sets, 25-13, 25-19, 25-18, 25-17, 15-7 right in front of the hosts’ raving hometown fans that include hundreds of school children at the Sesi Clube here.

The women’s national team redeemed itself from dropping a five-setter against Superliga A squad Sao Caetano a day after the Filipinos arrived from an exhausting 36-hour journey from Manila.

“This is the first time we really played as a team. I’m not satisfied, but it’s a fresh start. We’re really looking at getting better each day,” said head coach Jorge Edson Souza de Brito.

The Brazilian gold Olympic medalist has three weeks left to transform this collection of individual talents into a cohesive unit capable of beating the heavyweights in the SEA Games such as perennial champion Thailand and Vietnam.

Power-hitting Ces Molina dropped 20 points on the Brazilian floor highlighted by four blocks and four service aces and Jaja Santiago wound up with 13 and had the same number of blocks.

Opposite spiker Mylene Paat attacked the middle without impunity, delivering 12 points in the process while Alyssa Valdez, Kat Tolentino, Ria Meneses and setter Kyle Negrito had their share of the limelight.

Except for the second set where the PH spikers were threatened, almost everything went on smoothly with Negrito effectively setting up her teammates for premium scoring positions that served Molina, Santiago and Jema Galanza well.

“They played much better compared to the first game, though their execution is not yet perfect. Their performance tonight has shown that they are now getting familiar with each other on the floor as a team,” said Philippine National Volleyball Federation executive board member and national team chairperson Tony Boy Liao.

Negrito, Galanza and Molina were the starters in the match along with opposite hitter Tolentino and middle blocker Dell Palomata. They simply took control early and coasted along in the opening set capped by a Molina block.

The Brazilians charged back from four points down early in the second set and fought the Filipinos on equal footing until Santiago and Molina combined their efforts and Paat pummeled the Brazilians with two straight service aces that again brought down the hosts.

Paat and Valdez then joined forces with a variety of attacks that finished off the Brazilians in the third set. During the fourth set, it was the time of Ria Meneses to shine, efficiently delivering on the defensive end despite the limited time on the floor.

Galanza and Tolentino continued to shine with help coming from Iris Tolenada and Majoy Baron in the extra set before Santiago saw a gaping hole in the Brazilian defense for match point.

Up next for the PH spikers is the under-21 Barueri club team, which will meet them twice in a row on Wednesday afternoon and Thursday morning.

The intensive training here for two weeks is a crucial ingredient for the team to bring home a medal from the 31st Southeast Asian Games in Hanoi, Vietnam on May 12-23.