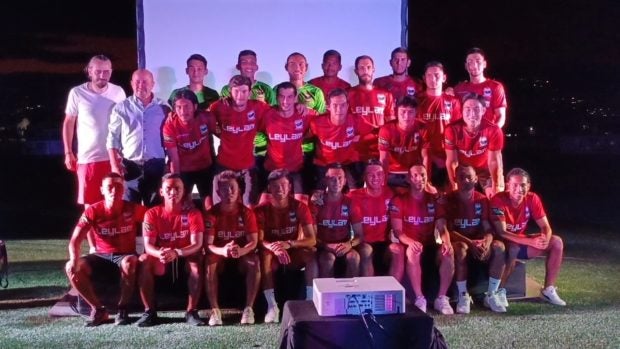 “Everyone is hungry (to win). Everyone is working hard. This year we really want to get the cup. That is our main goal this year—to win the cup,” said CFC team captain Baris Tasci.

“Hopefully with the new coaches and with the new players from Turkey, hopefully we can achieve our goal of winning the cup this year.”

The CFC recently introduced their new head coach and assistant coach as well as six new team members who are expected to boost its bid in this year’s tournament.

Most CFC players are noticeably young athletes as compared to the veteran ones in other teams.

Their first game in the “Copa” is scheduled on April 25 at the PFF Training Center in Carmona, Cavite.

Coach Kakil, on the other hand, wants to win one game at a time for now as they have not tried playing with other teams yet.

Kakil said changes in the game plan will be implemented. He said that from being defense-oriented, CFC will now focus on offense.

The coach said he is much comfortable with an offensive gameplan, considering his experience as a “striker” back in the days when he was still a player in Turkey.