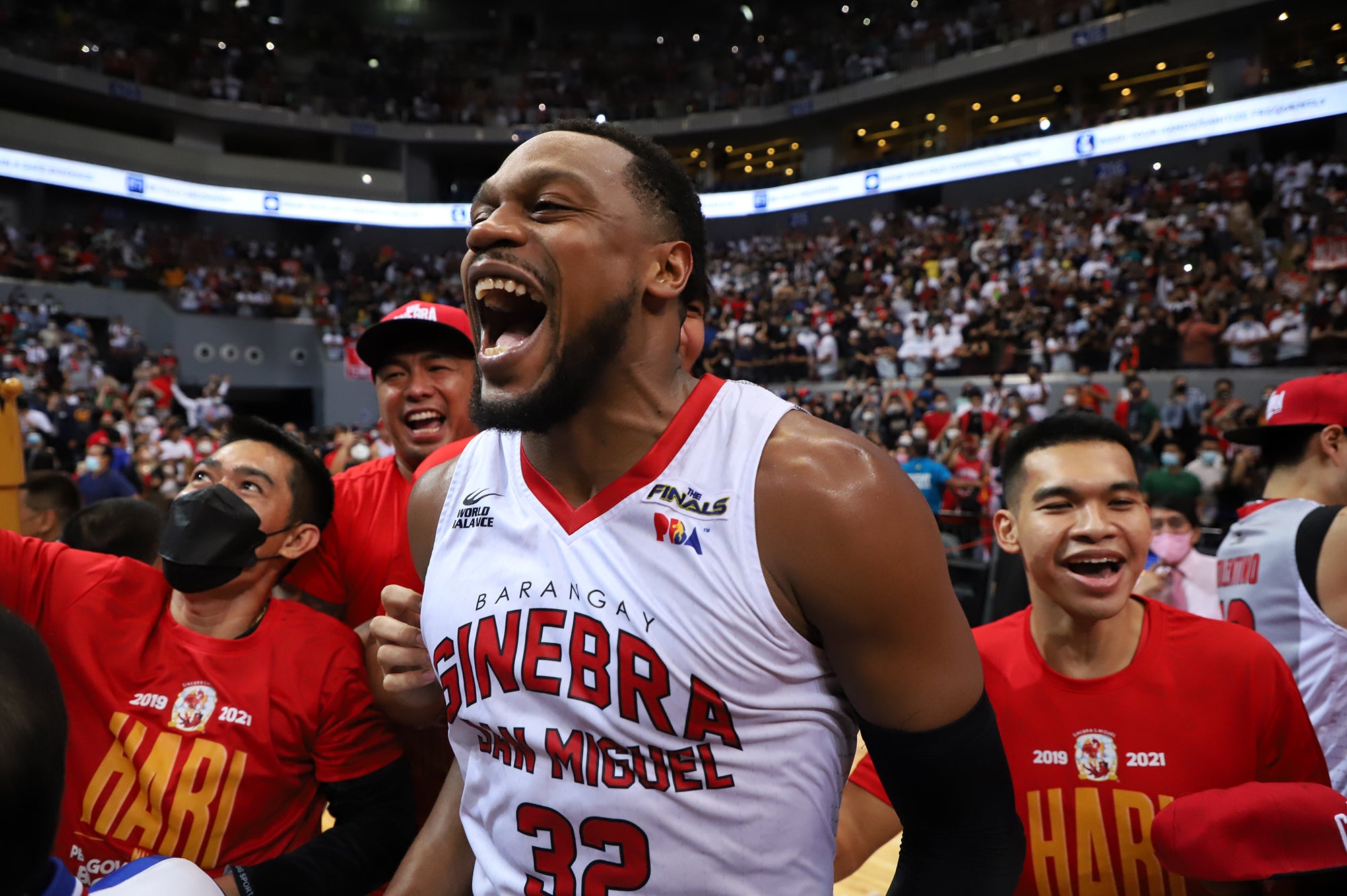 MANILA, Philippines — For coach Tim Cone, Justin Brownlee has been the biggest difference maker for the Ginebra Gin Kings in their four PBA Governors’ Cup Finals showdowns against the Meralco Bolts.

Brownlee once against savored the title with Cone and the Gin Kings, who closed out the Bolts with three straight victories in the finals and capped off a rocky title defense where they had to battle from the sixth seed in the playoffs.

The two-time Best import averaged 28.8 points, 13.2 rebounds and 6.5 assists to win his fifth title with Ginebra  before the biggest pandemic crowd of 20,224 at Mall of Asia Arena.

American import has played vital role in Ginebra’s success since he replaced the injured Paul Harris in 2016 — the year Brownlee ended the franchise’s eight-year title drought with a buzzer-beating three in Game 6.

“It’s true. If Justin was on the other side, I’d think we’d have a really hard time. But we have Justin all this time,” he said.

Brownlee only had two points after one attempt in the close first half but he unleashed his scoring prowess in the second half to finish with 24 points and 16 rebounds.

“He’s special. He’s not gonna be around forever, so come see him and watch him play,” Cone said.