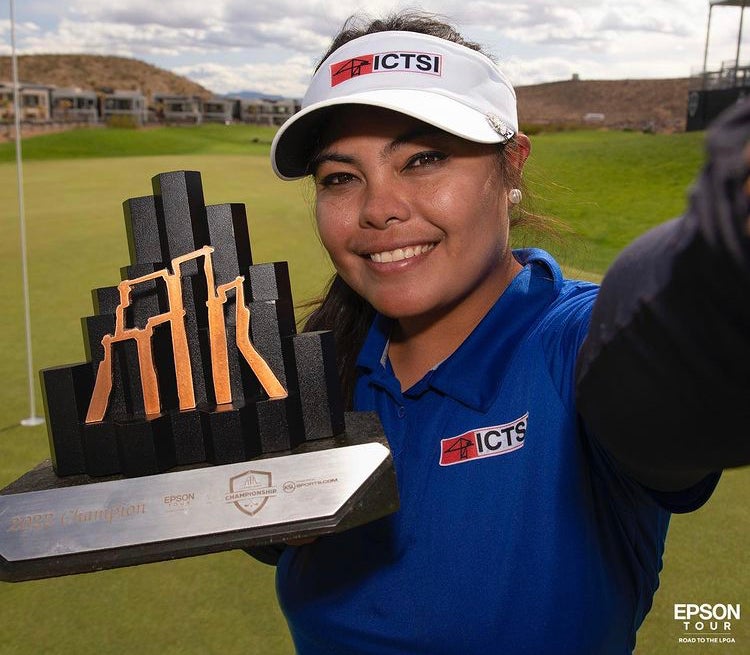 MANILA, Philippines—Dottie Ardina ended years of frustration on United States soil when she fired a seven-under-par 65 on Sunday (Manila time) to win the Copper Rock Championship in Hurricane, Utah.

Ardina put up one of the most outstanding finishes on the secondary tour to beat Marta Sanz Barrio and Laetitia Beck by two strokes with a 54-hole total of 211 at the Copper Rock course.

Barrio shot a 67 while Beck scored a 68 but those were not enough to deny Ardina of a long-awaited victory.

Ardina, who has played alternately on the LPGA and Epson Tours because of her limited status on the main tour, also jumped 27 spots to No. 4 in the 2022 Race For the Card.

Ardina’s best finish on the LPGA Tour, meanwhile, was a T12 at the 2021 KPMG Women’s PGA Championship.

Ardina made four cuts in four starts at the Epson Tour this season with a win and two additional top-25 finishes.

The other Filipino campaigner who made the cut, Clariss Guce, tied for 14th at 218 after a 69.

Saso in hunt as Ardina finds footing in Founder’s golf