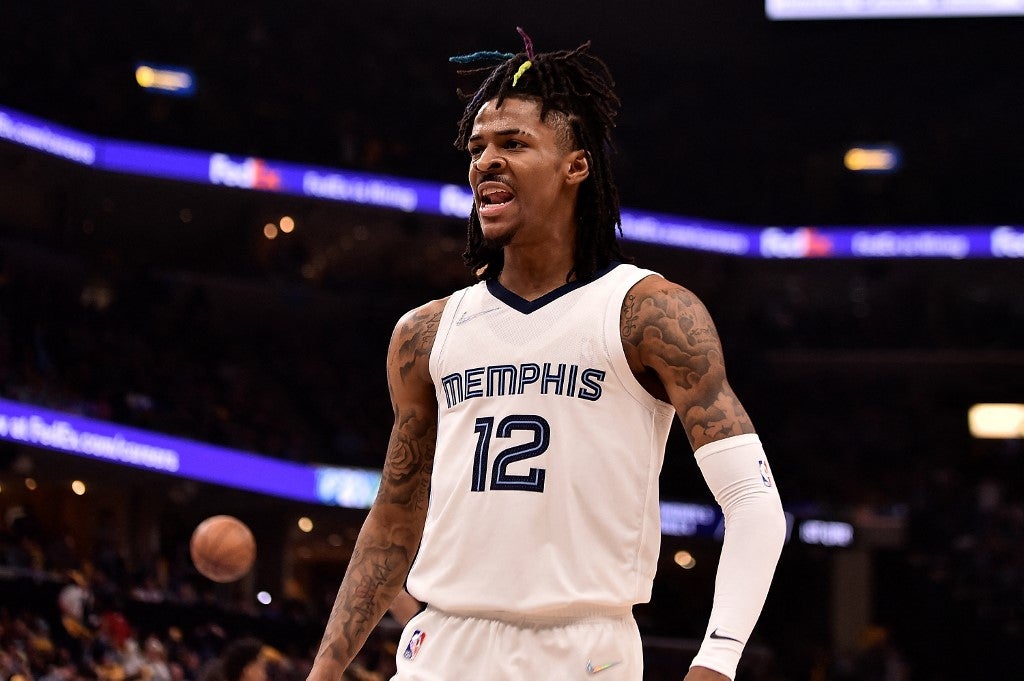 Ja Morant #12 of the Memphis Grizzlies reacts during the first half of Game One of the Western Conference First Round against the Minnesota Timberwolves at FedExForum on April 16, 2022 in Memphis, Tennessee. Justin Ford/Getty Images/AFP

Morant, 22, is the first player in Grizzlies franchise history to win the award. The NBA created it in 1985-86 to recognize the player who made the most drastic improvement from the previous season or seasons.

Morant averaged career highs in points and rebounds while earning his first NBA All-Star selection this season. He finished with 27.4 points per game, which was an increase of 8.3 points from last season. He added 5.7 rebounds and 6.7 assists per game while shooting 49.3 percent from the field.

I believe in everyday life you want to be better at your profession & as a person all the time. It becomes a constant grind, so to receive this award is a true testament for the work I put into my craft on a daily basis and for that I’m truly grateful. 🙏🏽 MIP

The Grizzlies won 56 games during the regular season, matching a franchise record. They earned the No. 2 seed in the Western Conference playoffs.