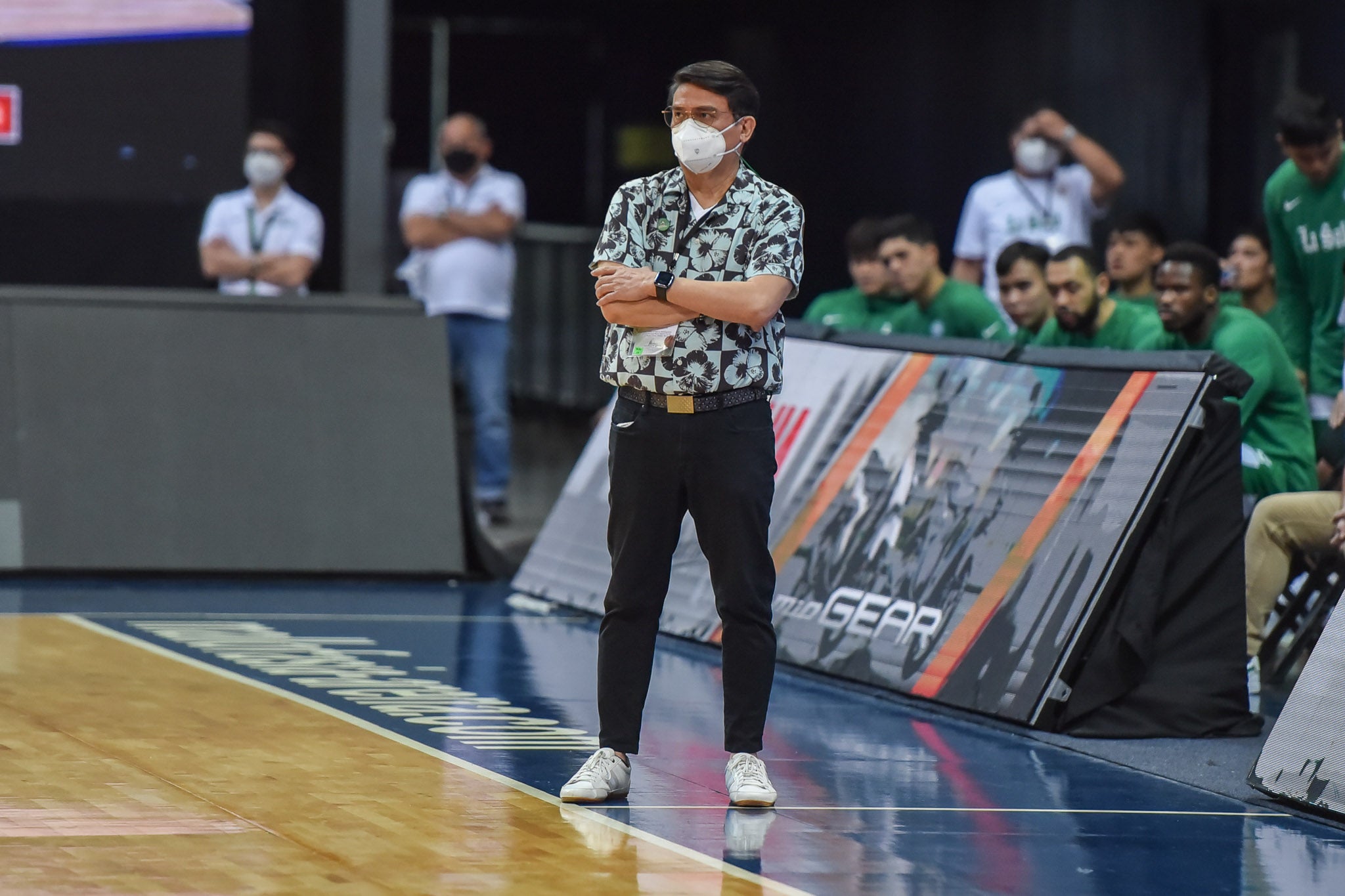 MANILA, Philippines — La Salle coach Derick Pumaren was glad that the Green Archers were able to end their two-season Final Four drought after securing the No.3 seed in the UAAP Season 84 men’s basketball tournament.

Coming off a frustrating two-game skid, Pumaren was relieved that La Salle assured a spot in the post-season after turning back Adamson, 64-51, on Thursday at Mall of Asia Arena.

Since the Green Archers, led by Ben Mbala, lost to the Ateneo Blue Eagles in the 2017 UAAP Finals, they failed to reach the Final Four in the Seasons 81 and 82.

Pumaren had a modest goal to bring back La Salle to the Final Four after he was tapped to call the shots for the team in 2020, when they were still limited to online training.

“That is really the immediate goal of the team for the last two years. Even though we’ve been doing our Zoom training, our immediate goal is to make it to the Final Four,” said returning Green Archers coach.

“And we’re really happy to make it and achieve that immediate goal. We just have to work our way up,” he added.

After fulfilling their first goal with an 8-5 record — assured of the third seed–Pumaren stressed the job is not yet done as they are eager to achieve more in the post-season.

“I know it’s gonna be a tough task for us, but we just have to take the game, one game at a time,” he said. “It’s not over yet, hopefully we’re not gonna be too happy about making it to the Final Four. We don’t wanna stop here. We just want to go on and try to do good, to do well in the playoffs.”

Schonny Winston agreed with his coach, vowing to stay hungry when the Green Archers enter the Final Four round.

“This is the beginning. This was basically the first round of the playoffs, to get us to the playoffs. It’s a small celebration, it’s a small step towards the right direction that we want to go as a team,” said Winston after dropping 19 points in their crucial win over Adamson.

“We have more to accomplish as a team,” the Fil-Am guard added.

La Salle wraps up its elimination round stint on Sunday against National University before moving to the post-season.

UAAP: Pumaren wants consistency from La Salle after UP loss