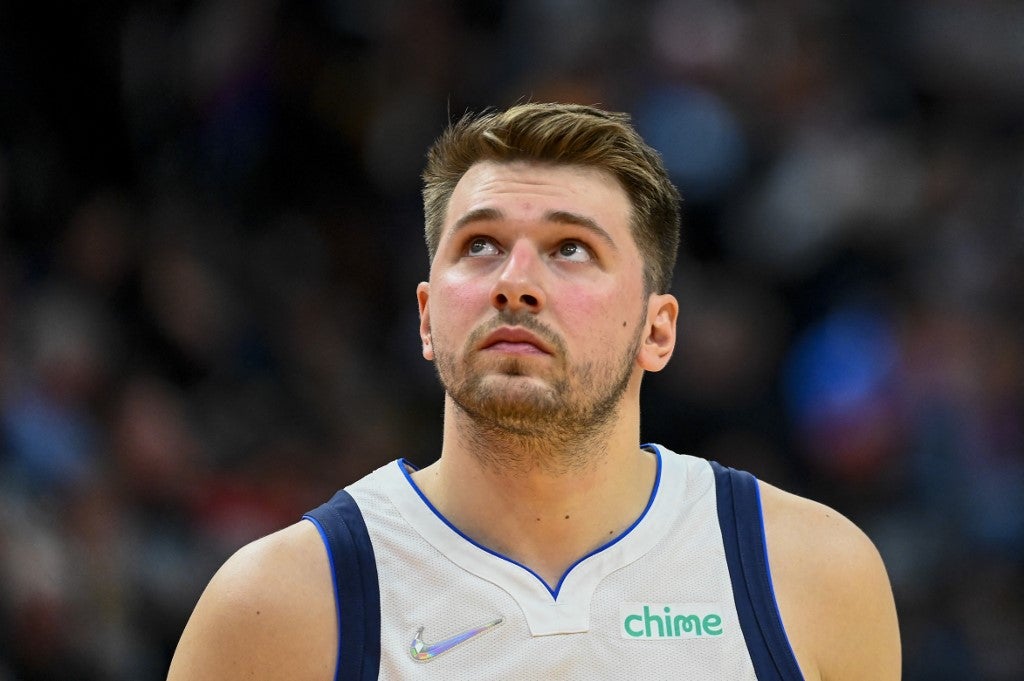 Luka Doncic #77 of the Dallas Mavericks looks on during the second half of Game 6 of the Western Conference First Round Playoffs against the Utah Jazz at Vivint Smart Home Arena on April 28, 2022 in Salt Lake City, Utah. Alex Goodlett/Getty Images/AFP

Two teams hoping their top scorers can stay healthy will tip off their best-of-seven Western Conference semifinal series when the Dallas Mavericks visit the Phoenix Suns for Game 1 on Monday night.

Both teams overcame the absence of their young superstars in tough first-round matchups. The Mavericks ousted the Utah Jazz, and the Suns survived the eighth-seeded New Orleans Pelicans, both winning in six games. But Dallas was without Luka Doncic and Phoenix was missing Devin Booker for three of the six contests.

Doncic missed the first three games of the Utah series with a calf strain suffered in the final week of the regular season as the Mavericks were attempting to improve upon their No. 4 seeding in the West.

The league’s third-leading scorer during the regular season at 28.4 points per game, Doncic picked right up where he left off upon returning for Game 4 at Utah, scoring 30, 33 and 24 points over the final three contests, recording two double-doubles and missing a third by one rebound.

“The first game, I was a little janky,” he said of his return to action. “But I felt better (in Game 5). I think the first couple of minutes I was tired, but then I was OK. I think the run in the third (quarter), I was a little tired, too, but just getting my air back.”

The Mavericks clinched the series win with a 98-96 victory at Utah on Thursday, giving Doncic and his teammates three days of rest leading into the Phoenix series. 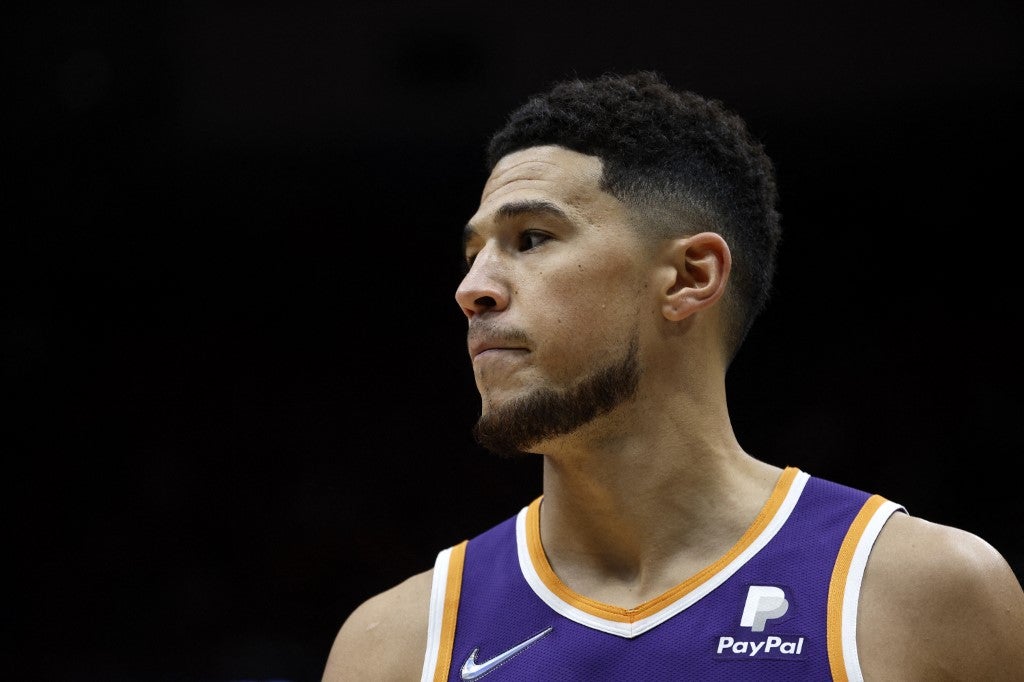 Devin Booker #1 of the Phoenix Suns looks on during the game against the New Orleans Pelicans at Smoothie King Center on April 28, 2022 in New Orleans, Louisiana. Chris Graythen/Getty Images/AFP

Booker suffered his injury — a hamstring strain — in Game 2 against the Pelicans, then sat out until Thursday’s 115-109 clincher at New Orleans. He played 32 minutes in that game, contributing 13 points to the win.

Suns coach Monty Williams eased Booker back into the action by bringing him off the bench in the second half Thursday, something he doesn’t plan on doing again moving forward.

“I thought we were gonna have a fistfight over there (with) the look he gave me,” Williams said of breaking the news to Booker coming out of the break. “We had already talked about it, but we had to stick to the plan because it was going to be easier to finish (the game) with him and keep his minutes relatively lower.”

Williams said he became convinced of Booker’s good health while focused on him during the second half.

“We wanted to keep (his minutes) at about 24,” the coach said, “but he didn’t look like he was dragging (his leg) or laboring at all. And he told me, he said, ‘Coach, I feel fine, it’s strong, I have no issues.’ So I left him out there.”

The Suns swept the season series 3-0 from the Mavericks, with two wins coming by eight points and the third by seven. Two of the games were in Phoenix, a November back-to-back that Doncic missed with a sprained left knee and ankle.

Both Booker and Doncic scored 28 points in the lone meeting in Dallas in January, a game won 109-101 by the Suns.

All three meetings were held before the Mavericks traded Kristaps Porzingis to the Washington Wizards for Davis Bertans and Spencer Dinwiddie.