National teams embrace identities as PNVF revs up its program 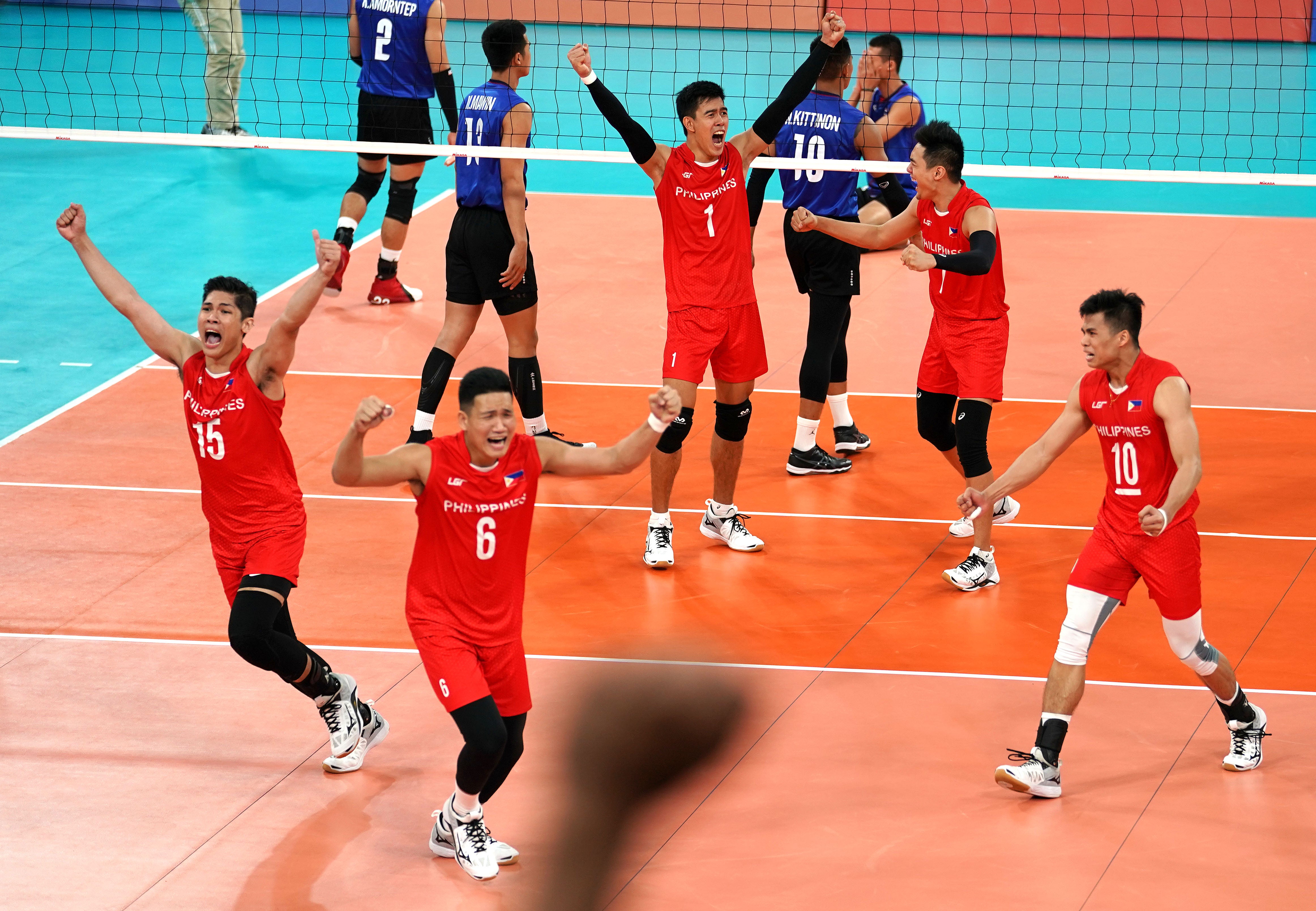 In a sendoff that looked like an opportunity to launch a reboot, the national volleyball men’s and women’s teams have embraced their new identities.

The men’s team that is aiming for gold in the Southeast Asian (SEA) Games in Hanoi, Vietnam, later this month is no longer the same squad that sprung on opponents from under a fog of being overlooked. The women’s team? It flaunts an intensity that amazes the star athlete who is the best judge of what that word means.

A surprise silver medal in the 2019 edition of the SEA Games guaranteed that the men’s team won’t be creeping up on anyone in Vietnam, and that has forced coach Dante Alinsunurin to look elsewhere for an advantage against regional rivals.

“I think the edge we have now is that we are better and our game has improved,” Alinsunurin said on Wednesday during a midafternoon sendoff for the national volleyball teams in Taguig City.

Much of that improvement was built in a training camp in Qatar recently.

“Before, we weren’t [as prepared]. Now, the training in Qatar really helped because it showed us how we should approach the game internationally,” Alinsunurin added, speaking in Filipino.

“We learned that this is the system we need to use for international [competitions], for the SEA Games.”

They want to squeeze whatever they can from that advantage because the team’s goal is a lofty one.

“We started [the program] with wanting to get back at the podium and we ended up winning silver in the last SEA Games. This time, we will do everything that we can to win the gold,” Alinsunurin said.

The highly regarded women’s squad, tattooed with the names of some of the biggest celebrity athletes in the country, is simply trying to get back to the podium.

And skipper Aby Maraño can sense a new trait from among her teammates.

“Of all the national teams I’ve been with, this is the team with the highest intensity,” Maraño said.

The F2 Logistics star middle blocker and former La Salle spearhead recognizes best what intensity looks like, bringing massive doses of it every game in the collegiate and club levels that fans have given her passion a nickname: “Beast mode.”

While the men’s squad got in shape in Qatar, the women’s team set up camp in Brazil as part of the Philippine National Volleyball Federation’s (PNVF) acceleration of its national programs. The PNVF also sent its beach volleyball teams to Australia.