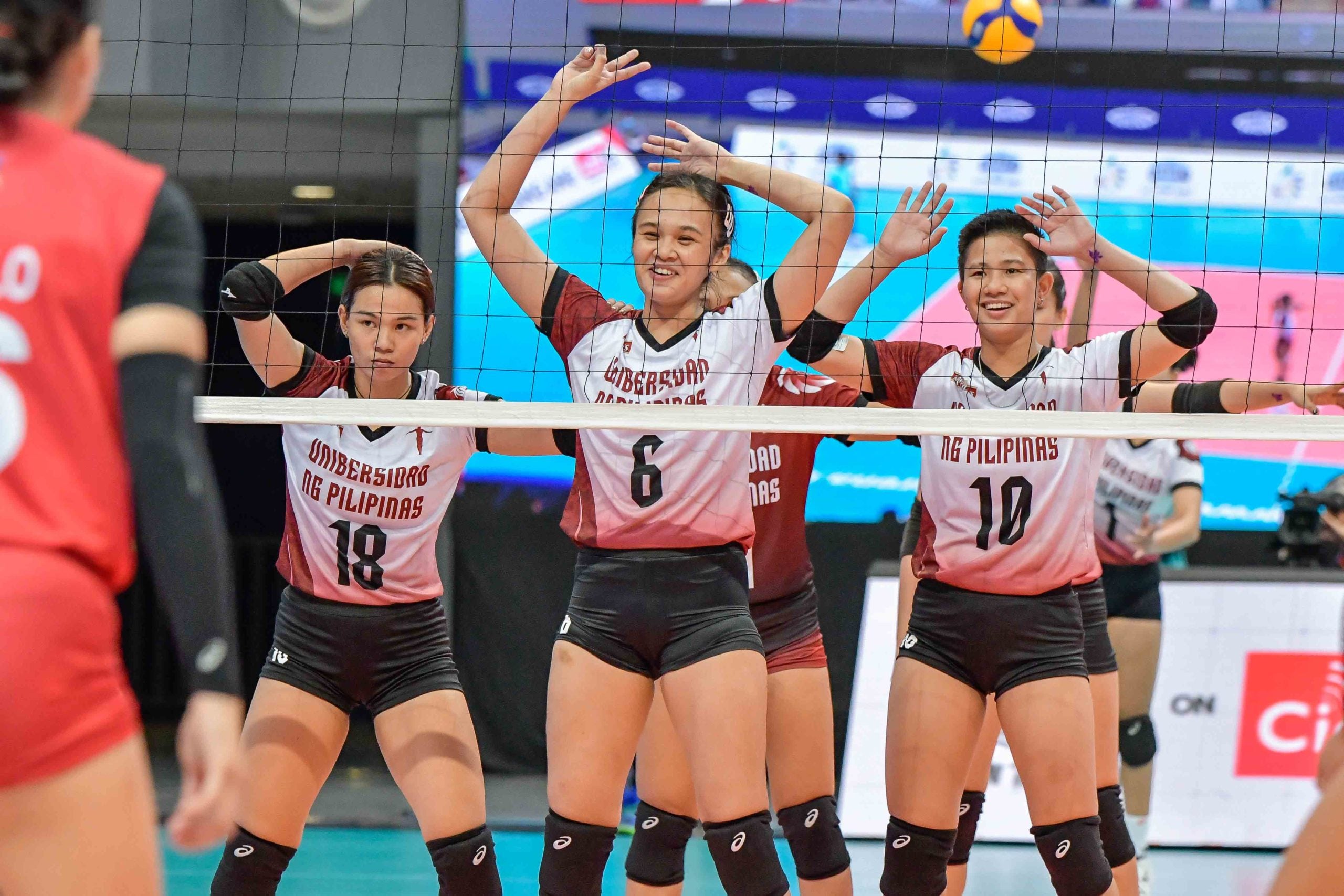 When the Lady Red Warriors tied the third set at 21, Bertolano took matters into her own hands, scoring four straight points to complete the Fighting Maroons’ first victory in one hour and 31 minutes.

The 19-year-old rookie led the new breed of the Maroons with a game-high 20 points built on 18 attacks, one block and the game-winning ace.

“I’m excited to play and my teammates are easy to get along with. They made my first UAAP game easier for me,” said Bertolano.

Irah Jaboneta also stepped up for UP with 13 points, while skipper Jewel Encarnacion and Lorie Bernardo added six markers each as coach Godfrey Okumu got his first win in the post-Isa Molde and Tots Carlos era.

“The players did well but you could see we’re still a work-in-progress,” Okumu said.

Janine Lana led UE with 16 points and 10 excellent receptions. Apple Lingay had 12 points and seven digs in the loss.