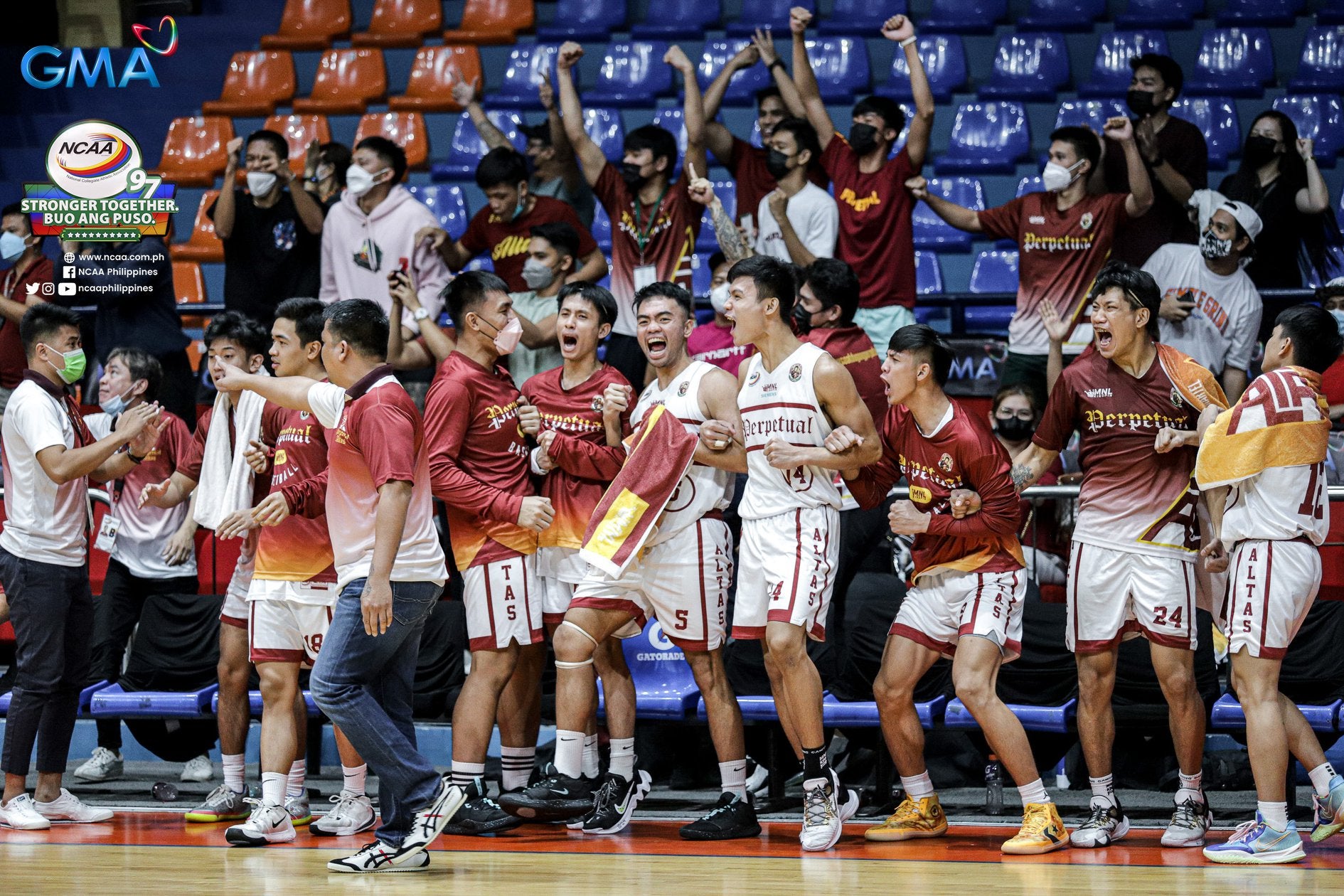 Perpetual Help wants to make the most of a surprising run to the NCAA Season 97 men’s basketball tournament Final Four.

“We were never part of any Final Four talk, so I challenged my players to make the entire league feel that we exist. I’m glad they’ve responded,’’ Myk Saguiguit, the rookie coach who grabbed a lot of attention when he steered Perpetual past three make-or-break matches, said recently.

The problem for the Altas is that standing on their way is defending champion and top seed Letran, which is hoping to clinch a Finals berth without having to burn its twice-to-beat bonus.

“Although we have that advantage, we should not be complacent against Perpetual,’’ said Letran coach Bonnie Tan, who is hoping Rhenz Abando, Jeo Ambohot, Fran Yu and the rest of the Knights haven’t cooled off from their unbeaten elimination run despite an eight-day break.

“We treat each game as a championship game. We’re back in the semis and hopefully we can pull this through,’’ Tan added.

In the other half of the Final Four, Mapua finds itself in a welcome change of scenery.

The Cardinals battle San Beda’s Red Lions, who for the first time in nearly two decades, won’t have any playoff bonus whatsoever.

Instead, Mapua will have one when they clash at Filoil Flying V Arena—where the Final Four matches begin at 12 noon. The Cardinals will have twice-to-beat protection after vaulting past the Red Lions for the No. 2 seed.

“We still can’t believe that we are in the Final Four,’’ said Mapua coach Randy Alcantara. “We have something to prove. It all started when we trained inside a bubble and we worked hard to reach this stage.’’