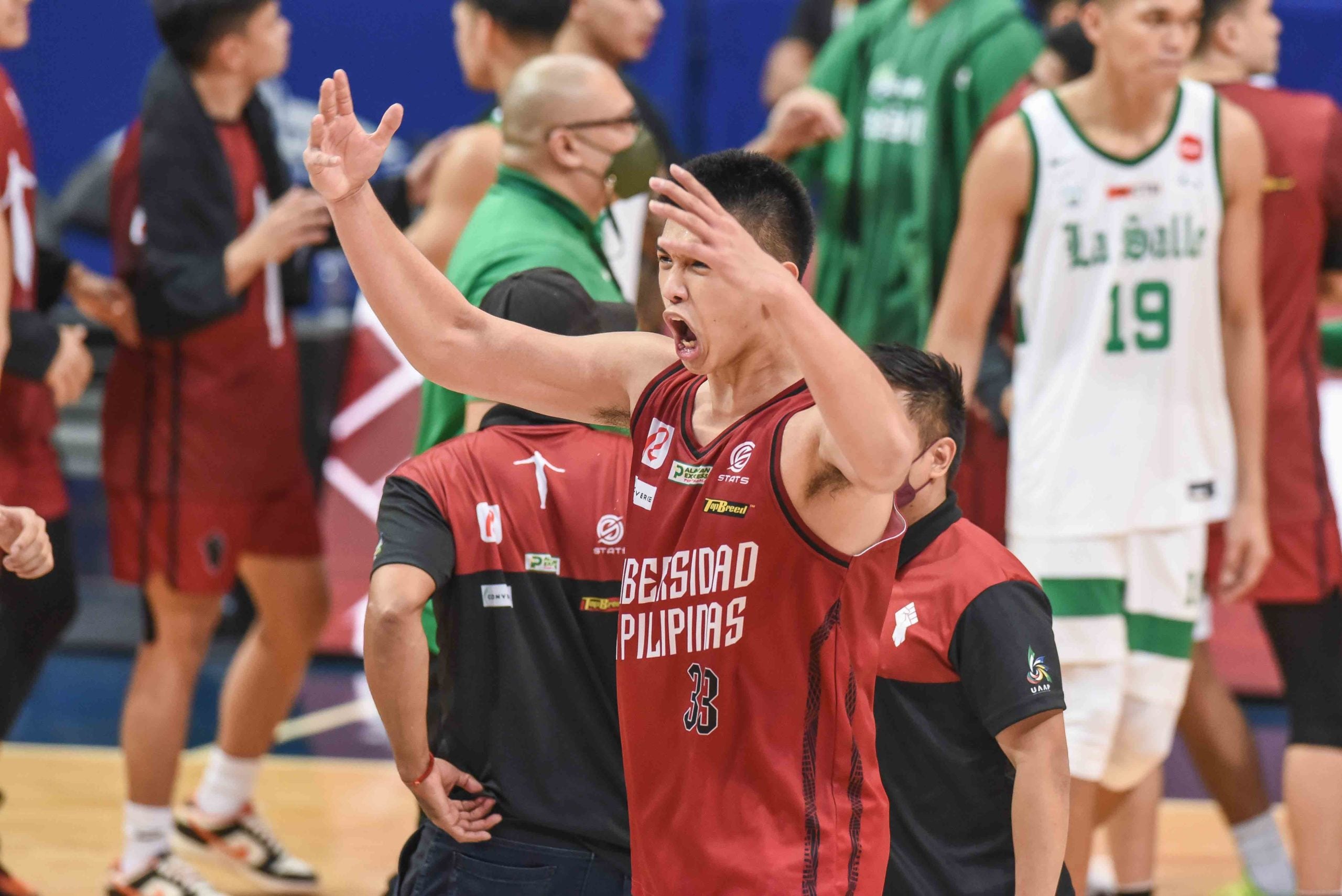 Two big men finding their way through the country’s national program cross paths in the finals of the UAAP men’s basketball tournament.

Ateneo’s Ange Kouame and University of the Philippines’ Carl Tamayo, both vital cogs in Gilas Pilipinas’ plans for the basketball World Cup slated next year, have played pivotal roles to get their team to the championship and will be the focal point of their schools’ plans to bring home the top prize.

In fact, Kouame no longer has time to think about leading the race for the Most Valuable Player (MVP) award what with championship thoughts crowding his consciousness.

“To be honest with you, I would rather be champion than be MVP,” Kouame said after Ateneo booked a championship berth. “We believe that’s the main [goal]; the championship is [what it is] all about.”

Tamayo is as motivated. Anyone who doubts that need only replay the last few minutes of the Maroons’ 78-74 victory over La Salle’s Green Archers. The 6-foot-7 standout emerged from seven quarters of futility and erupted for 12 of his 19 points in the final period, including seven of the game’s final eight points as the Maroons battled back from 14 points down with under five minutes to play.

And when he broke down at the end of the game, it wasn’t because of his own heroics.

“I didn’t carry my team. That’s not why I was emotional,” Tamayo said. “My teammates didn’t give up. I was just lucky I got to score in the end. I was in tears because it felt good to see my teammates not giving up in any kind of situation.”

“They didn’t go down without a fight.”

When Game 1 of the finals gets going on Sunday at 6 p.m. at Mall of Asia Arena, none of the two teams will either.