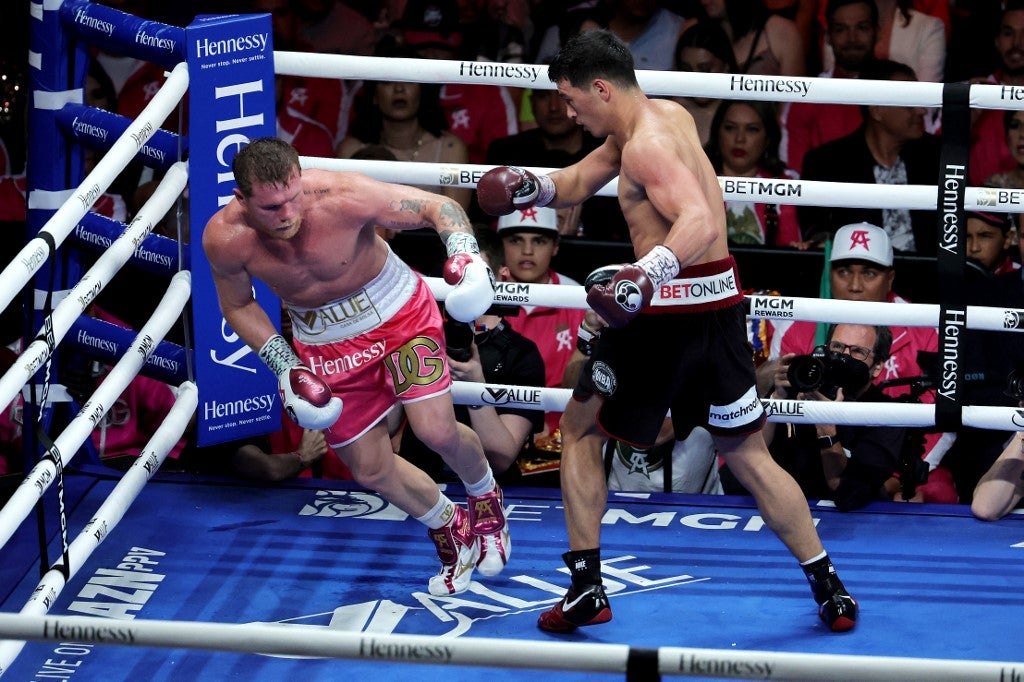 Russia’s Bivol, 31, improved to 20-0 with 11 knockouts while multiweight champion Alvarez, the pound-for-pound king who went in a heavy favorite, fell to 57-2 with two draws.

His only other defeat was to Floyd Mayweather at light middleweight in 2013.

Alvarez made boxing history in November when he stopped Caleb Plant to become the first man to unite all four super middleweight world title belts.

He had fought at light heavyweight before, stopping Sergey Kovalev in the 11th round to win the WBO 175-pound title in November 2019.

But there would be no late heroics against Bivol, who pressured Alvarez relentlessly throughout the bout and never appeared to be hurt seriously by the Mexican, who struggled to get past Bivol’s guard.

“He hurt my arm,” Bivol said, displaying a bruised upper arm that absorbed a string of punches.

“I prove myself today, I’m the best (in my division),” Bivol said.

“Thank you, Eddie Hearn,” he added in a nod to the promoter, “sorry I broke your plans with Gennadiy Golovkin.”

That was a reference to the planned third fight between Alvarez and Golovkin, which had been tentatively planned for September.

It was a massive disappointment for the pro-Alvarez crowd at T-Mobile Arena in Las Vegas, who were pulling for a Mexican victory on the Cinco de Mayo holiday weekend.

While Alvarez was feted with Mexican flags and Mariachi music, the Russian national anthem wasn’t played and Russian flags were banned inside the arena because of the country’s invasion of Ukraine.

Alvarez landed a big uppercut to Bivol’s chin to end the fourth round. But his aggressive start to the fifth yielded little as Bivol turned the tables with a big flurry in the middle of the round and closed with a punishing left hand.

Bivol fought a disciplined fight, keying a steady attack with a piston-like jab that opened the door for powerful combinations.

Alvarez was put on the defensive, and the naturally lighter fighter couldn’t find a way to respond.

By the seventh round his face was bruised, his feet looked slow and as the fight wore on his punches lacked their usual power. 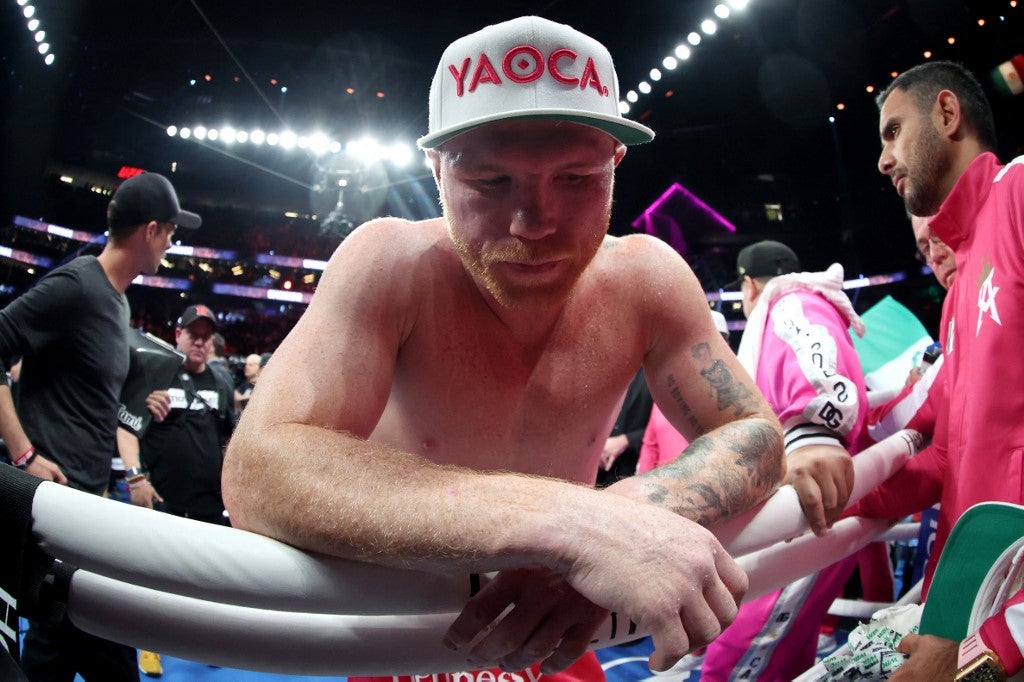 When a weary Alvarez ducked his head under Bivol’s arm in the 11th round, the Russian leaned over and let himself be lifted off the ground.

Alvarez tried to pour it on in the 12th, but his combinations made little impression on the remorseless Bivol.

“He’s a very good fighter,” Alvarez said. “He comes in, goes out. He managed his distance really well. That’s boxing.

Although he had no complaint with the decision, Alvarez said he wanted a rematch.

“Of course, I want the rematch,” Alvarez said. “This doesn’t end here.”

“Rematch? No problem,” Bivol said. “Let’s talk about that. I want respect as the champion.”