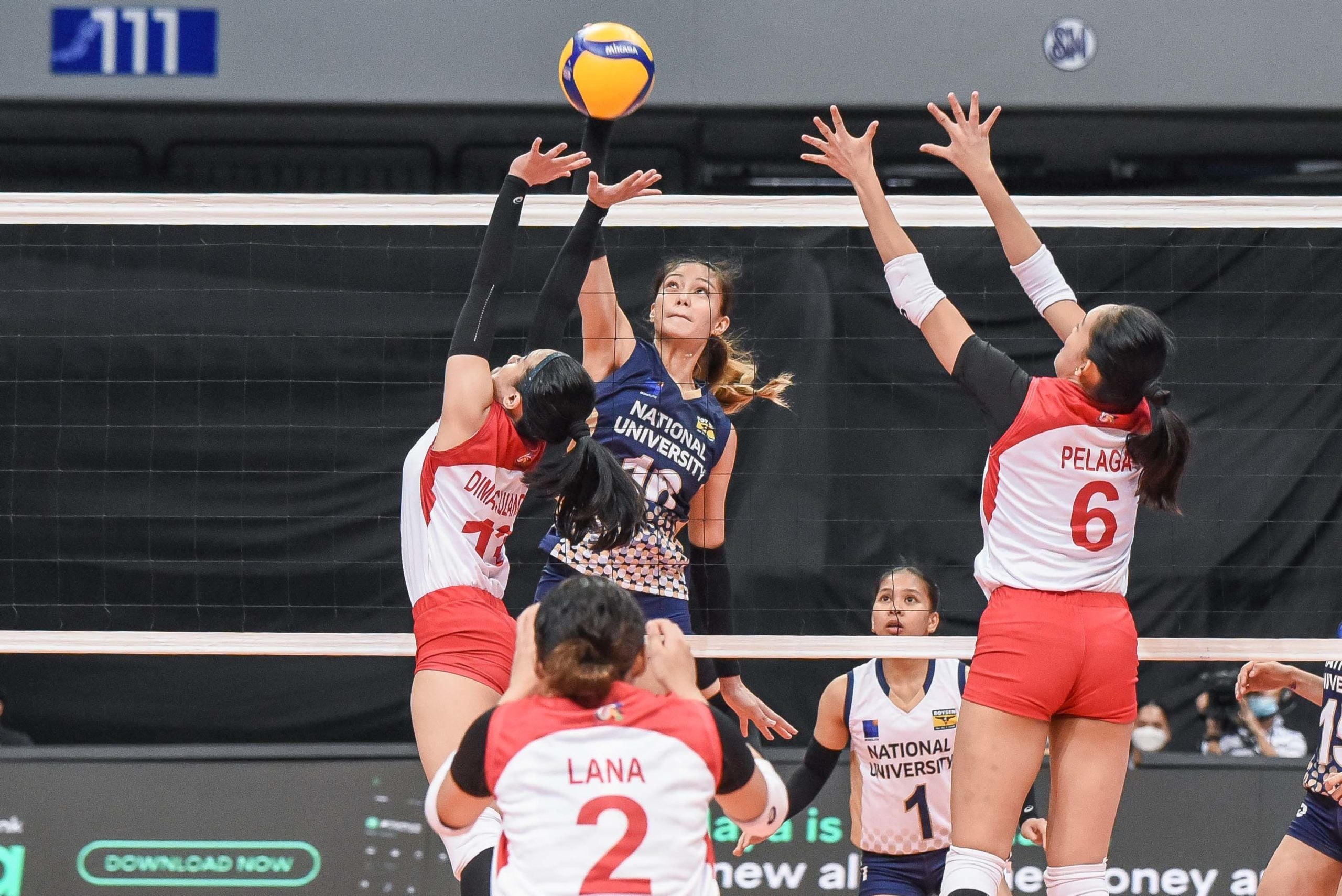 MANILA, Philippines — National University made short work of the winless University of the East, 25-11, 25-20, 25-13, for its fourth straight win in the UAAP Season 84 women’s volleyball tournament on Thursday at Mall of Asia Arena.

Middle blockers Ivy Lacsina and Sheena Toring  showed the way for NU with 13 points each to earn their fourth straight victory in just 79 minutes and stay on top of the standings.

Bella Belen was also instrumental with 11 points, including four service aces, and had a great floor defense with 11 digs and excellent receptions.

“We always prepare well in every team we face. We just stick to our system and be consistent in everything we do,” said Dimaculangan.

The NU coach stayed professional and meant business in keeping his team unbeaten, as NU dominated UE right from the get go with a 20-7 start in the first set.

“We are professionals. I’m just doing my job. The last time, I was with the other team. Now I am with NU,” he said.

The Lady Bulldogs remained unbeaten despite giving up 23 errors as they dominated the attacking department 46-17 and fired 11 aces on the Lady Red Warriors, who didn’t score a single point from the service line.

Ja Lana single-handedly carried UE with nine points, even on the defensive end, having 10 excellent receptions and seven digs as her team remained winless in four games and suffered its eight straight defeat dating back to 2019.