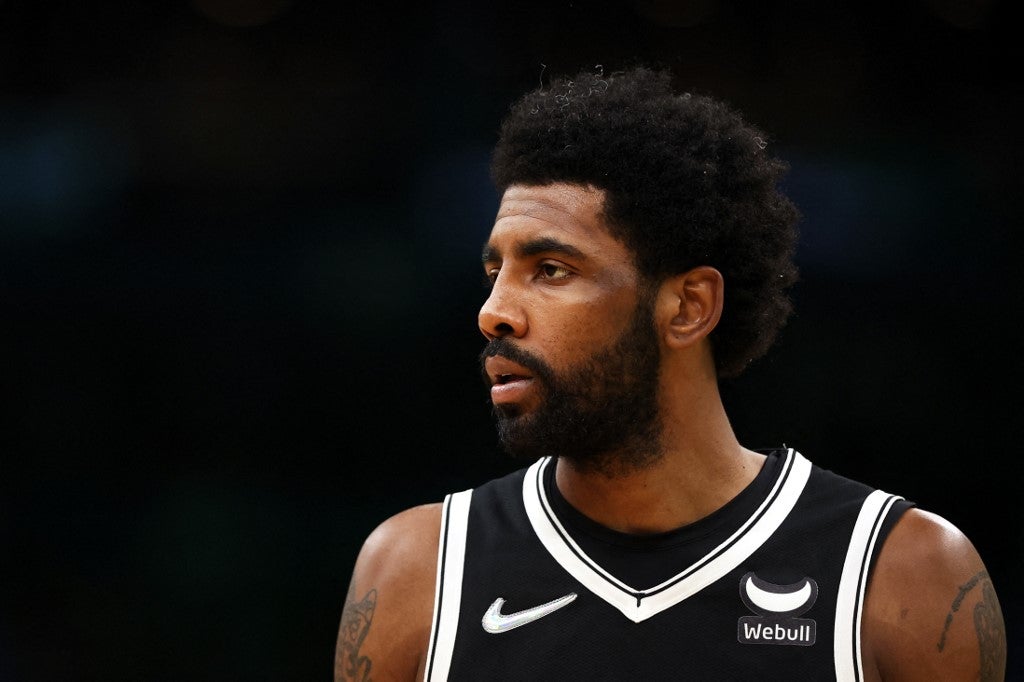 Kyrie Irving #11 of the Brooklyn Nets looks on during the second quarter of Game Two of the Eastern Conference First Round NBA Playoffs against the Boston Celtics at TD Garden on April 20, 2022 in Boston, Massachusetts. Maddie Meyer/Getty Images/AFP

Kyrie Irving and the Nets appear to be at a crossroads.

General manager Sean Marks fueled further speculation about the future of Irving in Brooklyn on Wednesday when asked about the 30-year-old returning to the team next season.

“We need people here that want to be here,” Marks said, “(that) are selfless, that want to be part of something bigger than themselves. And there’s an objective and there’s a goal at stake here. And in order to do that, we’re going to need availability from everybody.”

Marks said a sitdown with Irving in the near future was part of his routine offseason plan. The “availability” concern could easily be applied to point guard Ben Simmons, who didn’t suit up for the Nets after being acquired in a trade from the Philadelphia 76ers on Feb. 10.

Simmons came to the Nets in the James Harden deal after the relationship between Irving and Harden went south.

Irving was limited to road games for the majority of the season because of his stance on the COVID-19 vaccination and the City of New York policy that kept him off the court for games in Brooklyn. He played 29 games in 2021-22.

“Do they want to be part of this?” Marks said of what he’ll discuss with players this offseason. “Are they motivated by something that’s not good for the whole team? Those are questions we have to ask.”

Marks said he includes himself in the offseason assessments and leadership in general.

“When you finish the season the way we did, it’s with disappointment,” Marks said. “It’s with frustration, and it’s also a time to reflect and look in the mirror and everybody needs to do that from the whole basketball operations department. Same with me as the leader.”

Irving opened up about many topics — random to basketball relevant — in a Twitch stream on Tuesday night. The seven-time All-Star joined the Nets in free agency in 2019 along with Kevin Durant.

In addition to any decision on Simmons, Marks must determine if the Nets will give Irving a five-year extension worth more than $200 million. Irving could instead opt for free agency rather than pick up his player option at $36.9 million for the 2022-23 season.