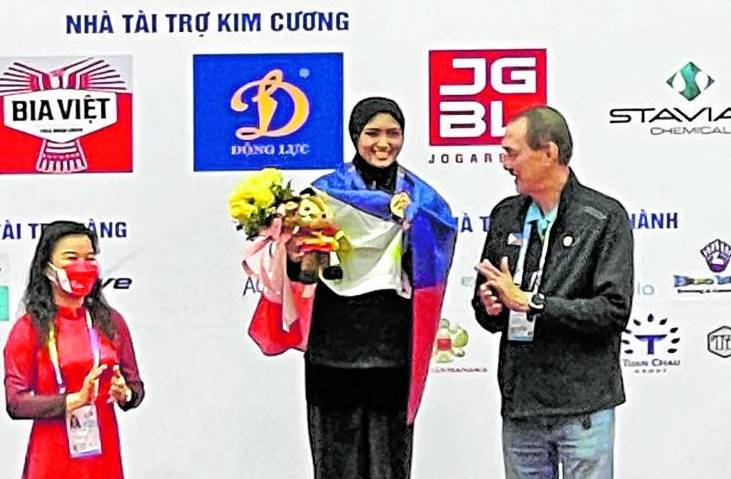 Athletes from various combat sports cornered a large stockpile of gold medals that contributed to the Philippine triumph in the previous Southeast Asian Games.

Team Philippines chef de mission Ramon Fernandez won’t be surprised if a big chunk of golds would again come from these Filipino fighters in the ongoing 31st Southeast Asian Games in Hanoi, Vietnam.

“I didn’t pressure our athletes, coaches and even the presidents of these combat sports that they should surpass their previous performances,’’ said Fernandez during the Philippine Sports Commission’s People Sports Conversations on Thursday.

Mary Francine Padios of pencak silat kicked off the anticipated gold-medal hoard in combat sports by topping the women’s Seni Tunggal event while six Filipino kickboxers progressed to the finals of their respective weight categories on Friday.

“From what I saw during their training, I’m confident that they will perform well,’’ said Fernandez, the PSC Commissioner who functions as oversight in combat sports.

“In individual sports where athletes are categorized by weight, the fighters are on equal footing unlike in basketball and volleyball where height matters,’’ said Fernandez.

“We can really compete in a high-level tournament in combat sports. It’s just a matter of exposing these athletes in the top competitions in the world for them to improve,’’ added Fernandez.