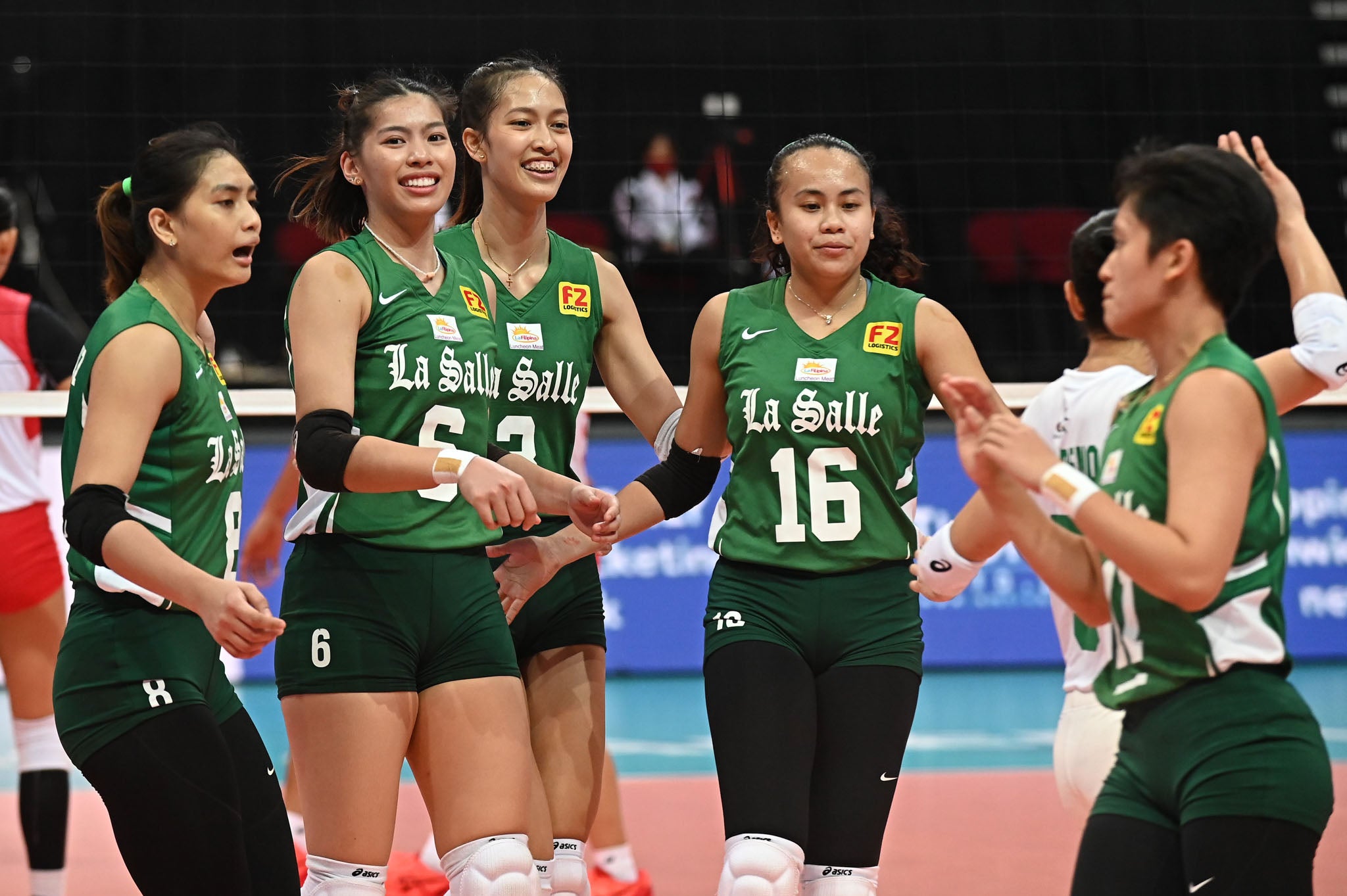 Leiah Malaluan topscored for La Salle with 14 points off 11 attacks, two aces, and a block along with eight excellent digs.

Fifi Sharma and Jolina Dela Cruz backstopped Malaluan with 10 points each in the victory that put hiked their record at 3-2.

“We were coming off a loss so it’s a struggle,” said DLSU assistant coach Benson Bocboc in Filipino. “So we’re still trying to get that rhythm and this is our first step to going back to what we’re searching for and the players delivered, the result was good.”

The Lady Spikers built an eight-point advantage, 21-13, off a kill from Malaluan before Ynna Hatulan and Julia Coronel ended the game.

It was a dominant outing for La Salle, which lost to National University and University of Santo Tomas in its last two stints.

La Salle looks to sustain its momentum against University of the Philippines on Tuesday at 10 a.m. while UE tries to halt its winless start against Ateneo in the next game.