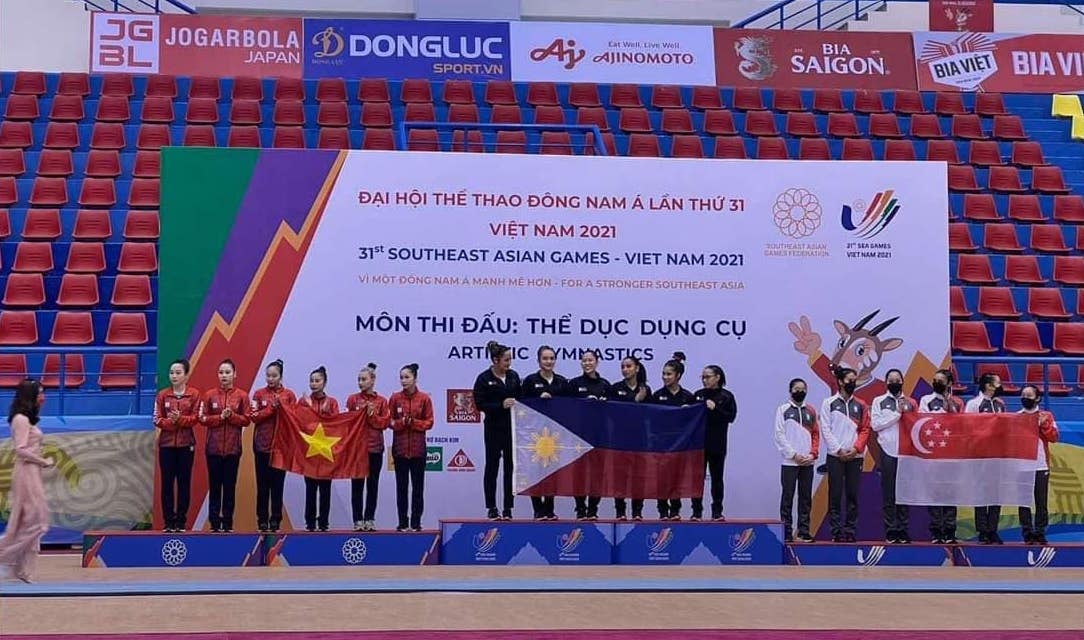 The Philippine women’s gymnastics team at the podium for their gold medal finish in the team event. Gymnastics Association of the Philippines photo

The sport has so far brought in two golds and two silvers with World champion Carlos Edriel Yulo going for titles in six more apparatuses Sunday and Monday.