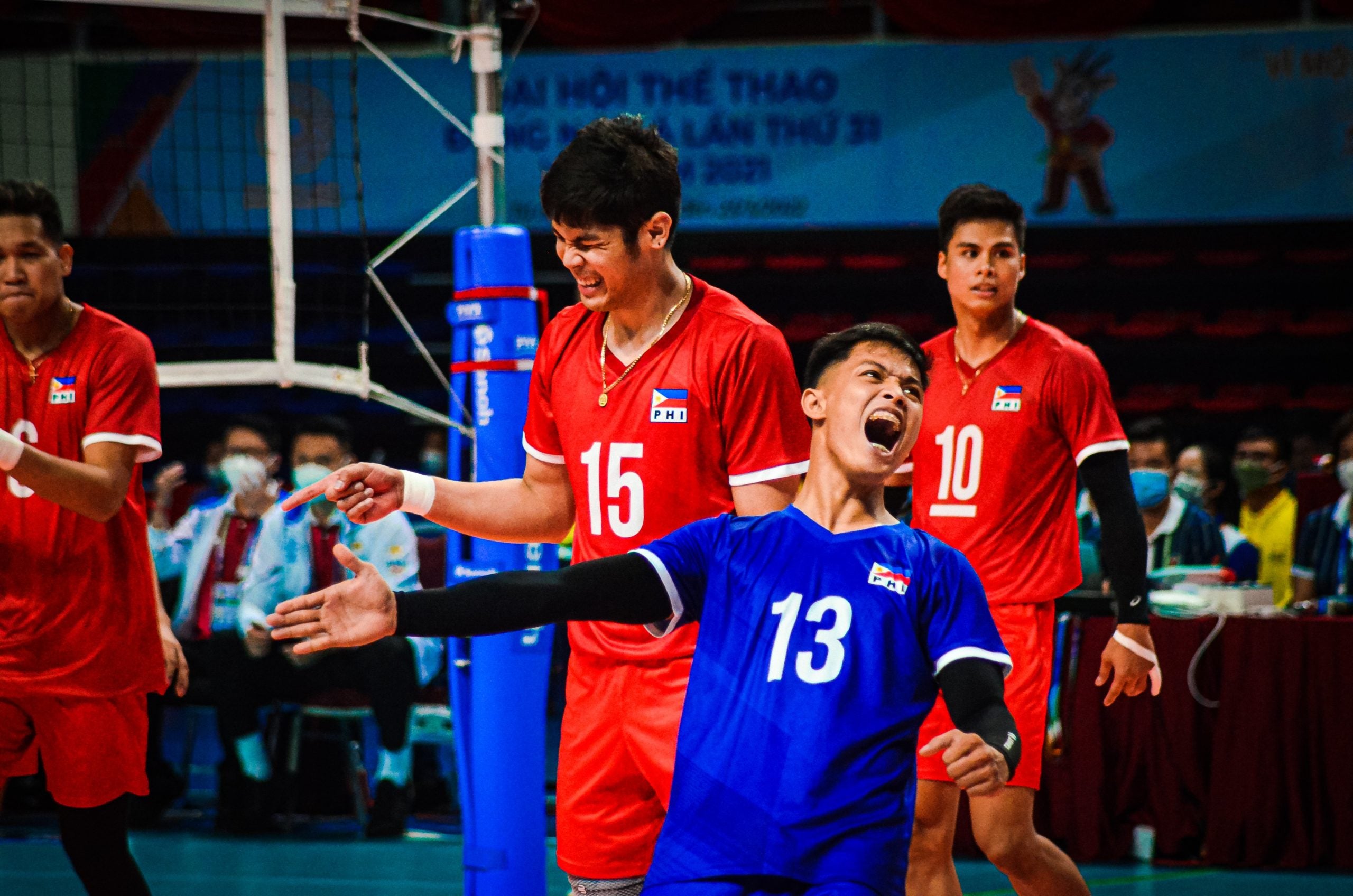 MANILA, Philippines — The Philippine men’s volleyball team suffered a preliminary round exit in the 31st Southeast Asian Games after a heartbreaking 20-25, 27-29, 22-25 loss to Thailand on Monday at Quang Ninh Gymnasium in Vietnam.

The Filipino Spikers, led by Japan V.League imports Bryan Bagunas and Marck Espejo, committed crucial errors in the last two sets as they bid farewell to their goal to surpass their historic silver medal in 2019.

The Philippines lost all its two matches in Pool B including a four-set loss to Cambodia on Saturday.

Napadet Bhinijdee, Anut Promchan and Amorntep Konhan showed the way for the Thais to exact a sweet revenge on the Philippine side that beat them in five sets in the semifinal nearly three years ago.

Thailand also pushed Cambodia to the semifinal before they clash for Pool B’s top seed on Wednesday.

Bagunas and Espejo, once again, carried the cudgels of the national team after their teammates, who have yet to return in regular men’s volleyball leagues like Spikers’ Turf in this pandemic era, struggled in the tournament.

The men’s national still put up a gallant fight as middle blocker JP Bugaoan tied the third set twice 19-all before Bhinijdee drilled a strong kill and blocked Jau Umandal, connecting to Kissada Nilsawat’s attack to regain the lead, 22-20.

Skipper John Vic De Guzman’s spike and Espejo’s ace tied the set. But the latter missed his next service, followed by Promchan’s attack for the match point, 24-22, as the Philippines’ kissed its medal hopes goodbye with a net touch violation by Kim Malabunga.

The Filipino Spikers had the chance to tie the match in the second set, taking the advantage four times. But the Thais saved every point before back-to-back miscues from Espejo’s attack error and a miscommunication between setter Joshua Retamar and Bagunas easily gave up the set.

The Philippines will be relegated in the classification stage for the 5th to 7th places.

Gold-seeking PH team out to show improvement in SEA Games