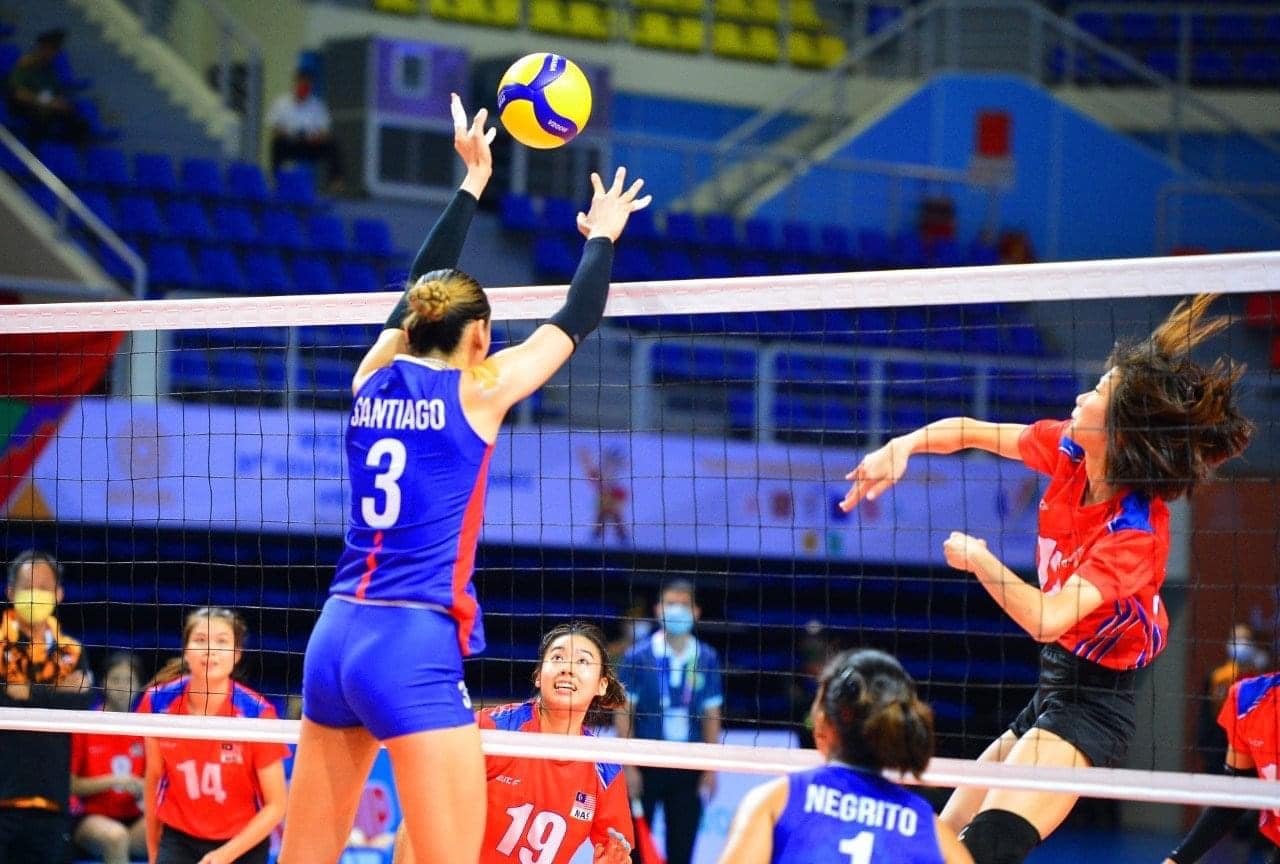 MANILA, Philippines—The Philippine women’s volleyball team absorbed its second straight defeat at the hands of Indonesia, 23-25, 25-21, 15-25, 20-25, in the 31st Southeast Asian Games on Tuesday at Quang Ninh Gymnasium in Vietnam.

Megawati Hangestri Pertiwi, who shattered the Filipino spikers’ bronze medal hopes in the 2019 SEA Games, continued to be a thorn in the side of the Philippines as she delivered the big blows to give Indonesia a 2-2 win-loss record in the preliminary round, assured of the battle for third place.

Ratri Wulandari and Wilda Siti Nurfadhilah also led the Indonesians, who dominated the last two sets to send the Filipinos to a 1-2 record in the fourth place.

The women’s national team tried to force a decider, fighting back from a 24-17 deficit in the fourth set as Kat Tolentino and Alyssa Valdez saved three match points to cut it down to just four, 24-20.

However, Brazilian coach Jorge Souza de Brito got in the way of his team after tossing the ball off Pertiwi’s spike, which could have been saved by Jema Galanza.

The faulty play put the Philippines on the brink of losing a chance in the gold medal match as Thailand and Vietnam hold a 2-0 record to lead the five-team field.

Malaysia is already out of contention after losing its first three games. The top two squads in the preliminaries clash in the gold medal match, while the third and fourth fight for bronze.

Jaja Santiago led the national team, while Tolentino and Galanza made the most of their extended playing time, playing instrumental for the squad.

The Philippines wraps up the preliminary round against Vietnam on Thursday at 6 p.m. (Manila time).

SEA Games: Thais too much for Philippines in women’s volleyball