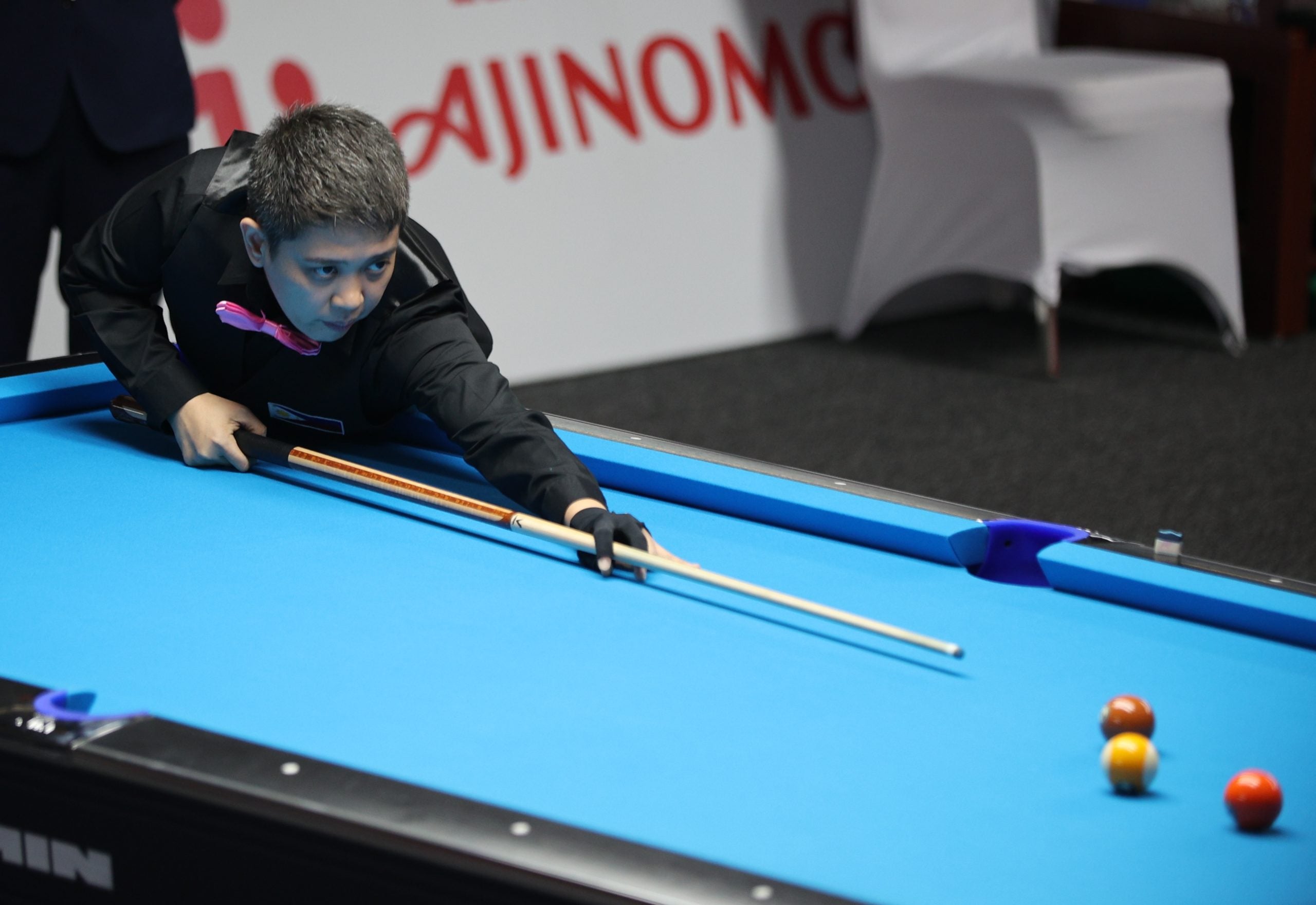 The Filipino former world champion quickly took a 3-0 in their final prompting Tan to call a timeout.

When play resumed the 40-year-old Amit encountered a rough fourth rack where she scratched twice, allowing the Singaporean to take the next two racks.

But there’s no stopping Amit as she displayed composure worthy of a multiple SEA Games champion.

She next pounced on a missed corner 1-ball and rode on that momentum to claim her third 9-ball title in the biennial meet and ninth overall, including golds in 8-ball and 10-ball.

It was the country’s first gold medal in billiards and snookers with a few more expected including Jeffrey Roda in the final of the snookers singles late Tuesday.

The Filipinos are also guaranteed of a gold in the men’s 9-ball after Carlo Biado and Johann Chua both made the final.

Meanwhile, Jefrey Roda settled for the silver in men’s snooker 6-red singles after falling to Malaysia’s Lim Kok Leong, 5-3, in the final.