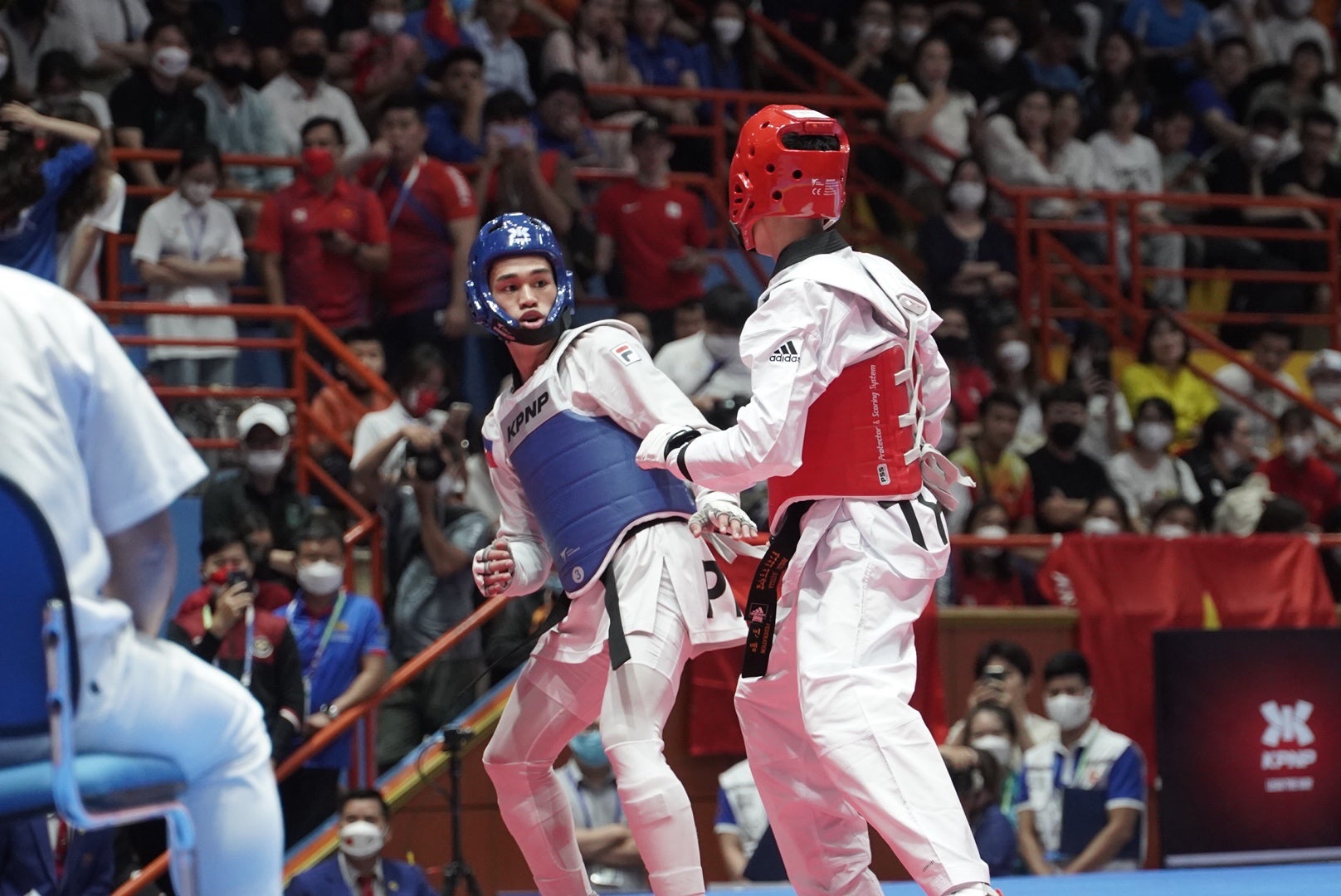 MANILA, Philippines — Kurt Barbosa lived up to the expectations as he retained his gold in the male kyorugi under 54kg of the 31st Southeast Asian Games on Tuesday at Tay Ho Gymnasium in Vietnam.

Barbosa, a 2020 Tokyo Olympian, got the best of Thailand’s Panachai Jaijula with a masterful 16-7 win in the final to deliver a gold medal for the Philippine Taekwondo team.

The National University standout edged Indonesia’s Reinaldy Atmanegara, 44-42, in the semifinal to forge a gold medal match against the Thai

Meanwhile, Laila Delo nabbed the bronze medal finish in the Taekwondo women’s kyorugi 67kg after losing to Indonesia’s Silvana Lamanda, 21-12, in the semifinal.

Sharifa Vianca Dela Cruz was eliminated by Vietnam’s Thi Kim Tuyen Truong, 27-7, in the quarterfinals of the under 46kg kyorugi for female.