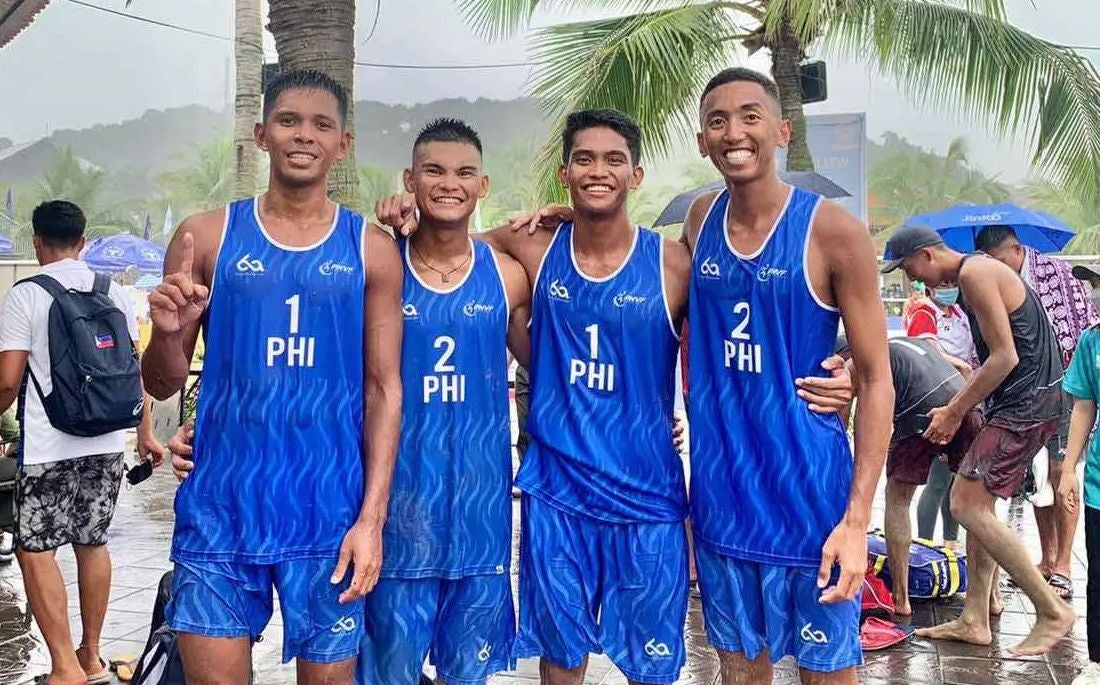 MANILA, Philippines — The Philippine men’s beach volleyball team completed a Pool A sweep after beating host Vietnam in the golden match on Wednesday in the 31st Southeast Asian Games at Tuan Chau Beach.

After splitting the first two matches, national team coach Vyl Verayo decided to field Jude Garcia and Requinton, who had different partners in their previous matches, in the golden match against the Vietnamese.

It worked for the Philippine men’s team as Garcia and Requinton took down Nhat Ton Long and Nguyen Van Nha, 21-15, 21-16, in the golden match to complete a three-game sweep in Pool A — including wins over Singapore and Cambodia, ahead of the semifinal.

The Philippines battles Pool B second placer and 2019 SEA Games runner-up Thailand in the semifinal on Thursday at 10 a.m.