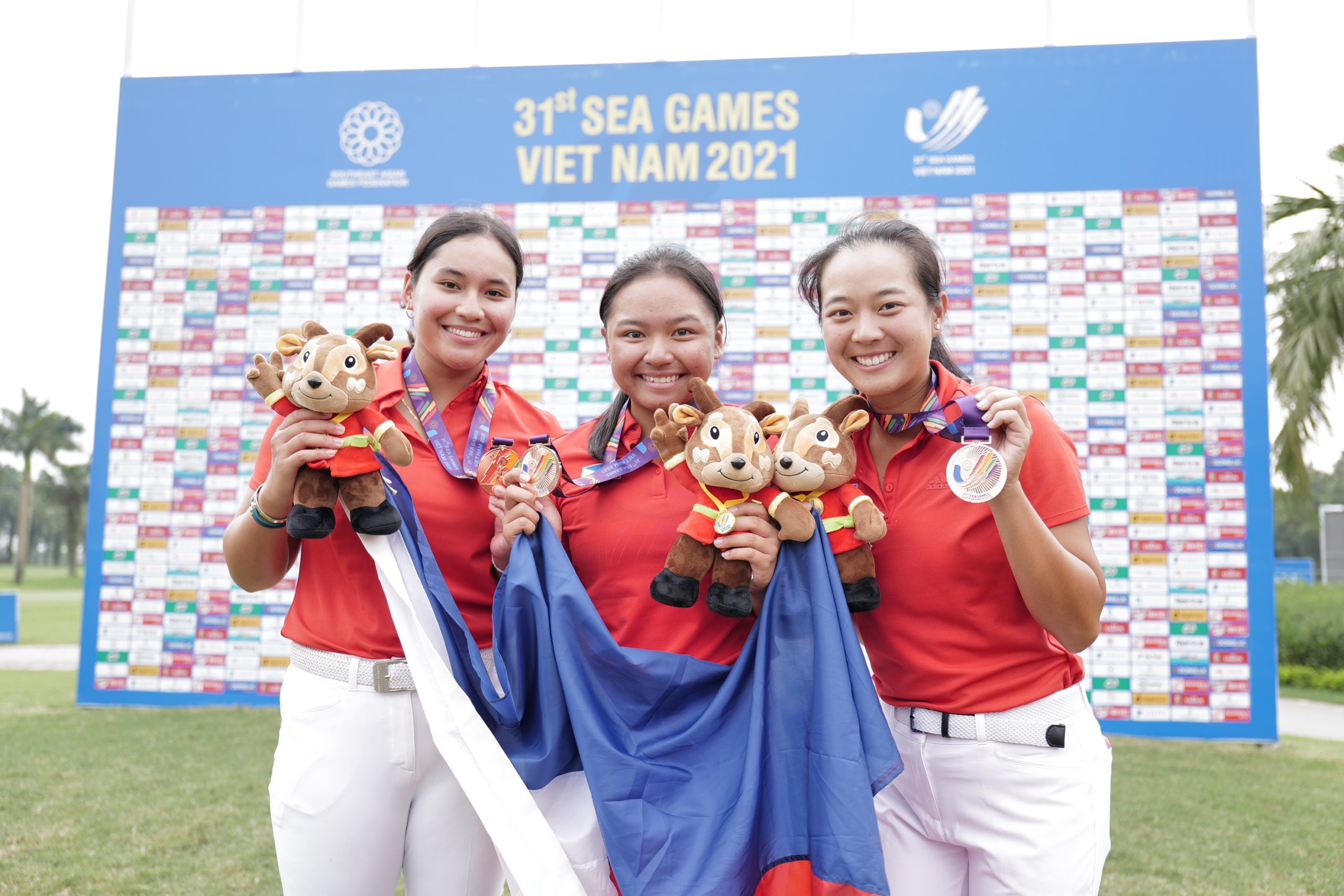 HANOI—Her ball above the hole, plugged deep in the sticky rough and needing more than a deft touch for a perfect landing, Rianne Malixi had a mindset that probably differed from the people in the gallery.

“It’s either I stick the ball close to the pin or get it inside the hole, bogey was never an option,” Malixi said of the difficult shot on Wednesday that was shown on worldwide livestream and will be remembered for a long time.

In a tense-filled moment, the 15-year-old Malixi boldly swung her 58-degree wedge to a short hop of three yards on the fringe that crawled about five yards toward the pin before dropping into the hole and triggering a wild celebration for the members of Team Philippines in the gallery.

After hitting one clutch shot after another all round long, Malixi drained the one that mattered most in the extra hole, delivering a bronze medal for the Philippine golf squad in the Southeast Asian Games here.

“When I got to my ball I felt like I can handle it because I was practicing virtually the same shot earlier and it really didn’t scare me,” Malixi said. “And I’m always lucky in playoffs.”

That chip-in birdie carried Malixi past a hardluck Hailey Loh in the playoff that decided the winner of the bronze medal after the match ended in a 1-1 tie for the Philippines and Singapore in regulation play. She has now won at least five tournaments via playoff, including three in international play.

Malixi arrived in Hanoi expected to contend for the individual gold, but her struggles on the green stymied her bid for a podium finish in the individual race.

“I was getting upset with my putting and the frustrations piled up as the days went by. I needed to keep my focus because every stroke is important in match play,” she said.

Putting was still her worst enemy when the Philippines faced Thailand in the semifinals, where she lost to individual gold medalist Natthakritta Vongtaveelap despite her solid ballstriking that allowed her to go neck-and-neck with her foe for 17 holes.

Luckily, Malixi didn’t need her putter to win an important match for her team.

She got the job done from outside the green.