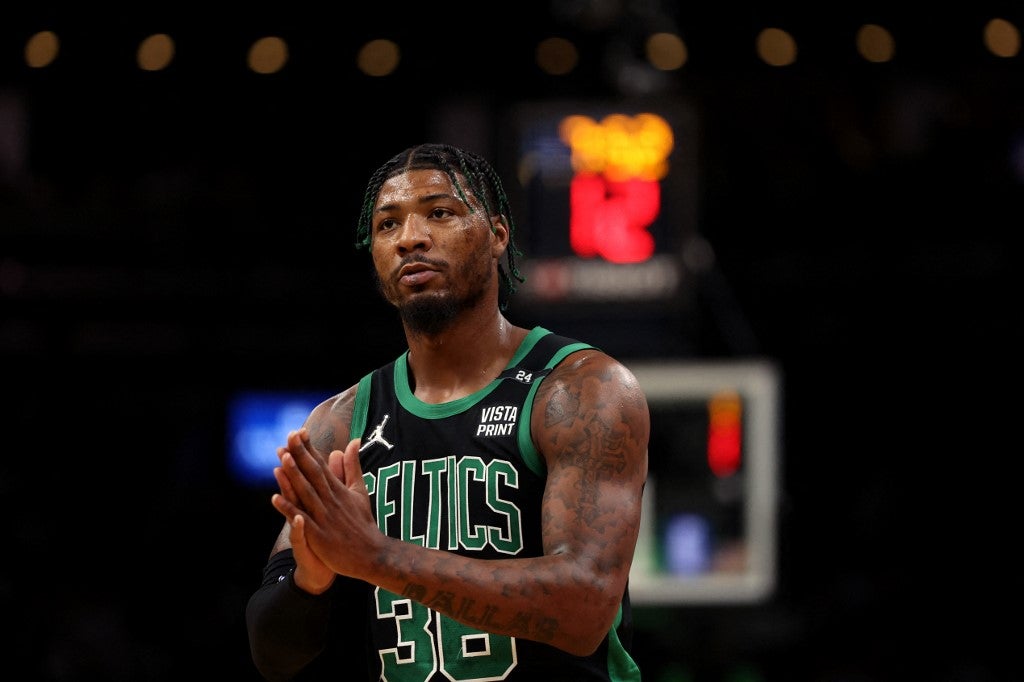 NBA Defensive Player of the Year Marcus Smart was a near-unanimous choice for the league’s All-Defensive first team.

In balloting results revealed Friday, the Boston Celtics guard got 99 first-team votes from the pool of 100 sports writers and broadcasters who made the selections.

Gobert was selected to the top defensive team for the sixth time, while Antetokounmpo made his fourth first team in addition to one second-team selection. Smart is a three-time member of the defensive first team, while Bridges and Jackson were honored for the first time.

The players who finished just below the honorees in the voting were guards Fred Van Vleet of the Toronto Raptors, Dejounte Murray of the San Antonio Spurs and Chris Paul of the Phoenix Suns; forwards Evan Mobley of the Cleveland Cavaliers, Herbert Jones of the New Orleans Pelicans and Dorian Finney-Smith of the Dallas Mavericks; and center Joel Embiid of the 76ers.