Back on local soil, United nips Kaya in Copa final 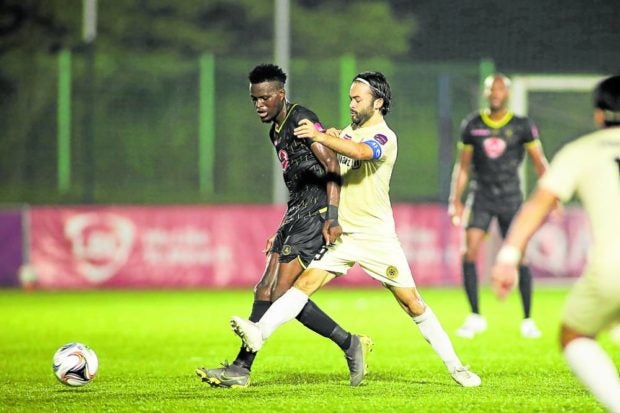 United City FC (UCFC) capped its return to the domestic scene with a piece of silverware after ending the reign of Kaya-Iloilo, 3-2, on Sunday, for the 2022 Copa Paulino Alcantara at Philippine Football Federation National Training Center in Carmona, Cavite.

Two goals from Pika Minegishi and team captain Mike Ott in the second half enabled United City to triumph despite some struggles late in the elimination round.

Minegishi’s equalizer and Ott’s winner which came after Kaya took a 2-1 halftime lead highlighted by a thunderous strike by Jhan Jhan Melliza.

Kaya ended up taking home the runner-up medal, falling short of capturing the Copa for the second straight time and three in four editions.

The winners of the 2020 Philippines Football League opted to skip the previous Copa edition, which was the lone tournament held during last year’s domestic season due to the COVID-19 pandemic.

United City also came in with a brand-new roster following the departures of key figures like Stephan Schrock and Bienvenido Marañon.

The final saw UCFC take the early lead 11 minutes in when former Kaya mainstay Kenshiro Daniels beat Carlyle Mitchell and goalkeeper Zach Banzon, who moved out of the box, with an attempt that bounced into an empty net.

Kaya, however, drew level almost three minutes later when Melliza made a pass for Robert Lopez Mendy, whose first attempt was blocked by goalkeeper Anthony Pinthus before firing in the rebound.

The 31st saw Melliza deliver one of the best goals of the competition, firing a shot from 20 yards out which a diving Pinthus couldn’t prevent. The goal was Melliza’s third, epitomizing his stellar Copa stint.

Ott, who later received the Golden Ball award as the best player of the Copa, then took advantage of Kaya’s defensive lapse as he was left unmarked and fired a right-footed attempt off Mark Hartmann’s corner kick, which gave United City the lead.

Kaya tried to equalize anew but chances went begging until the end, and UCFC was able to wrest a domestic trophy for the second time.