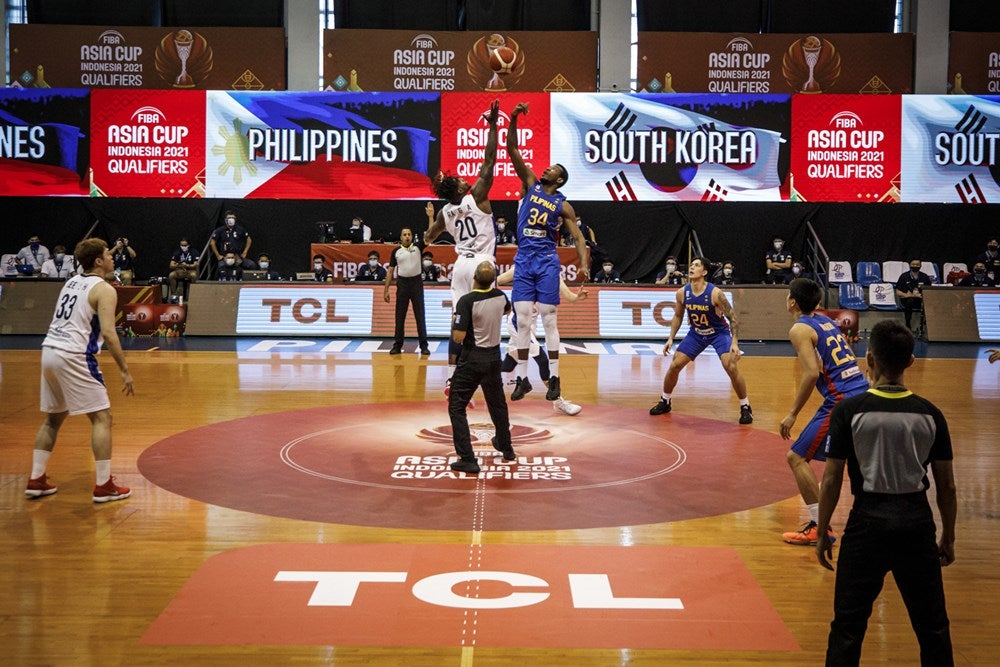 FILE–Tip off between Gilas Pilipinas and South Korea during the Fiba Asia Qualifiers. FIBA ASIA PHOTO

MANILA, Philippines—After its Southeast Asian Games debacle, Gilas Pilipinas won’t have much time to ponder with upcoming major tournaments ahead.

The Philippines is slated to compete in the third window of the Fiba World Cup Asian qualifiers in Auckland, New Zealand and the 2022 Fiba Asia Cup in Jakarta, Indonesia in July.

Gilas is also reportedly scheduled to meet its South Korean rivals less than a month from now in Anyang, South Korea.

“From June 17 to 18, we will play an evaluation match against the Philippine national team at Anyang Gymnasium. I think we should check the physical condition of the players from the 30th,” said South Korea head coach Choo Il-Seung in a report from Korean newsite Jumpball.

Gilas could parade a different look by then especially with the turnout of its SEA Games campaign where it failed to win the gold following a shocking 85-81 loss to Indonesia.

The PBA is also set to tip off its 47th Season on June 5 making it complicated for the likes of June Mar Fajardo and Matthew Wright to suit up.