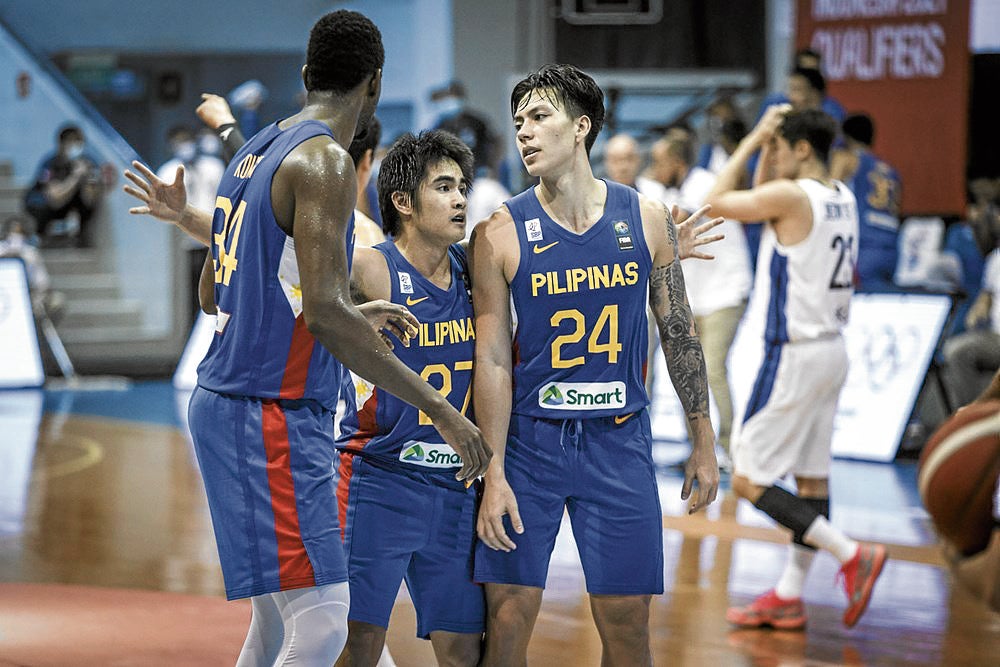 MANILA, Philippines — Chot Reyes plans to tap UAAP and NCAA players for the Gilas Pilipinas’ composition in the upcoming Fiba tournaments in July.

Coming off an underwhelming silver medal finish in the 31st Southeast Asian Games, the Philippine men’s basketball team coach bared his plans for the FIBA World Cup Asian qualifiers and the FIBA Asia Cup 2022 in July during his guesting on Play It Right TV.

Reyes said the PBA players will not be available for the national team’s busy July due to the 47th season Philippine Cup, which opens on June 5.

“Our plan, it’s going to be composed mostly of the UAAP and NCAA players because the PBA is gonna be ongoing at that time,” Reyes told Quinito Henson and Dyan Castillejo.

The Gilas Pilipinas coach mentioned the names of UAAP rookie of the year and champion Carl Tamayo and James Spencer of University of the Philippines, Ateneo’s SJ Belangel and Japan B.League-bound Justine Baltazar as the players he would like to have for the Fiba events and gain international exposure.

“At the same time we wanted to have an opportunity to expose Carl Tamayo, SJ Belangel, Dave Ildefonso, even guys like James Spencer of UP,  Justine Baltazar,” he said. “We really want to be able to expose them to higher-level Asian competition. This is going to prepare them for the World Cup in 2023. That’s the plan.”

The Philippine team will face India on July 1 and New Zealand on July 3 in the World Cup qualifiers in Auckland before competing in the FIBA Asia Cup 2022 from July 12 to 24 in Jakarta, Indonesia.

Reyes also admitted his “huge disappointment” over their loss to Indonesia that ended their SEA Games reign, but said he knows he needs to “face the consequences and backlash and learn from the experience and move forward.”