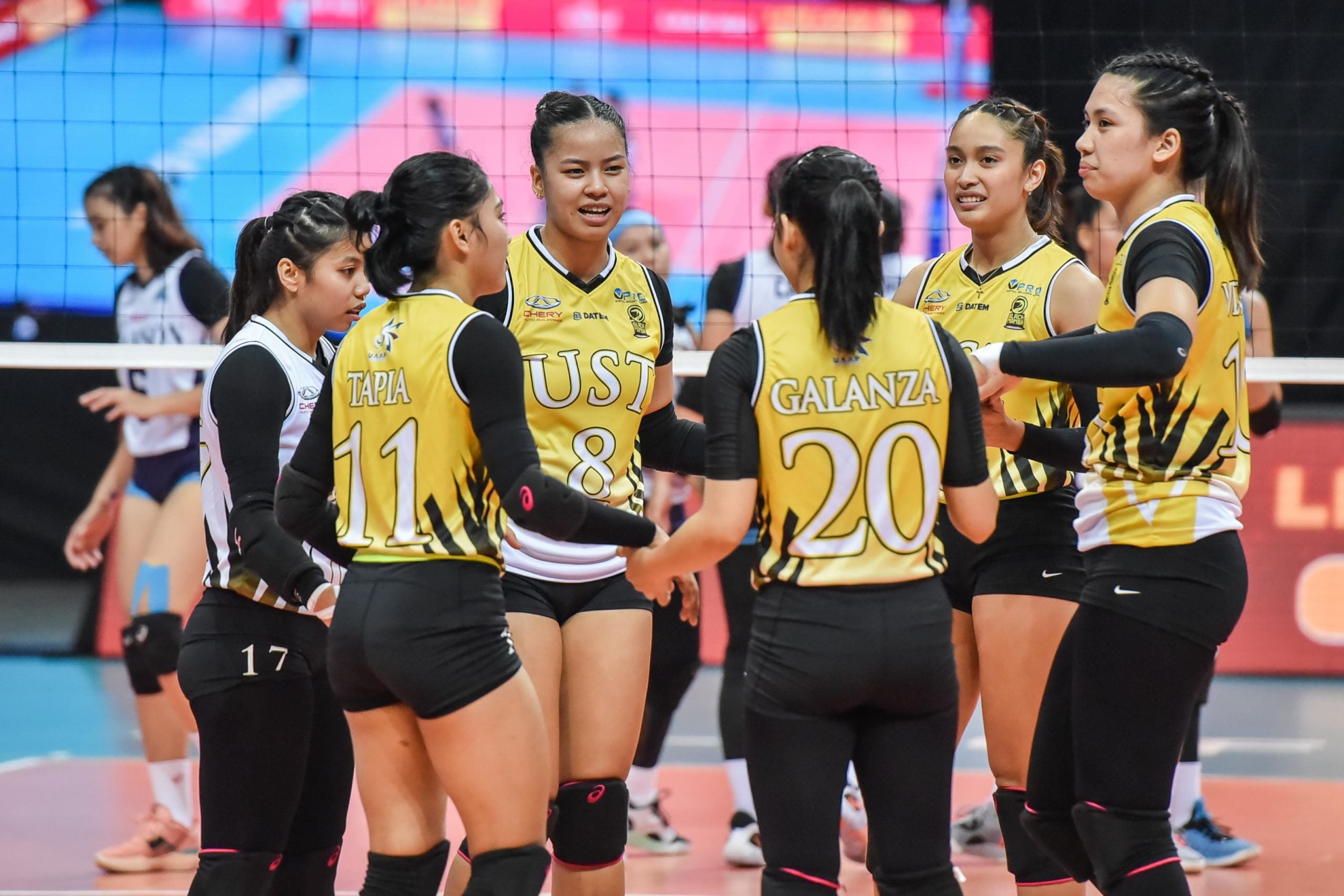 University of Santo Tomas (UST) has been winning games the hard way in the UAAP Season 84 women’s volleyball tournament.

And fortunately, they’ve so far aced every challenging test.

But after another tense five-setter where the Tigresses needed to gut it out in the last frame before coming from behind to subdue the Adamson Lady Falcons on Thursday at Mall of Asia Arena, their 23-year-old star admitted there is much more room for improvement within the team.

UST was in control of the opening two sets only to lose steam each time. The Tigresses dug themselves out of that two-set hole and took control late in the third for their sixth victory in eight games.

“It’s tiring,” coach Kungfu Reyes said of winning five-setters, which UST did twice in the first round. However, he added those nervy no-tomorrow fifth sets help harden the Tigresses’ resolve for the bigger games ahead.

“We learned not to give up, that games don’t end after two sets,” he added.

Later in the day, defending champion Ateneo leaned on Faith Nisperos to cruise past Far Eastern University, 25-22, 25-13, 25-23, to open the second round with a victory.

Nisperos unloaded 19 points as the Lady Eagles improved to 4-4, now in a tie with the Lady Falcons, while handing the Lady Tamaraws their seventh defeat in eight matches.

The Tigresses blew a 13-7 lead in the first set that allowed the Lady Falcons to take the driver’s seat.

Reyes said he’s still thankful despite the big scare which he said makes them good at handling down-the-wire situations.

“[These situations] we can’t teach in training,” said Reyes of the attitude of “forgetting what happened in the past four sets and focus on what is at hand.”

Laure finished with 21 points but she got ample support from the rest of her teammates like Camille Victoria and Ysabel Jimenez, who added 16 and 13 points, respectively.

Alyssa Bertolano, Niña Ytang and Jewel Encarnacion scored 14, 13 and 10 points respectively for the Lady Maroons who also upped their record to 4-4. The Lady Warriors remained winless in eight outings.