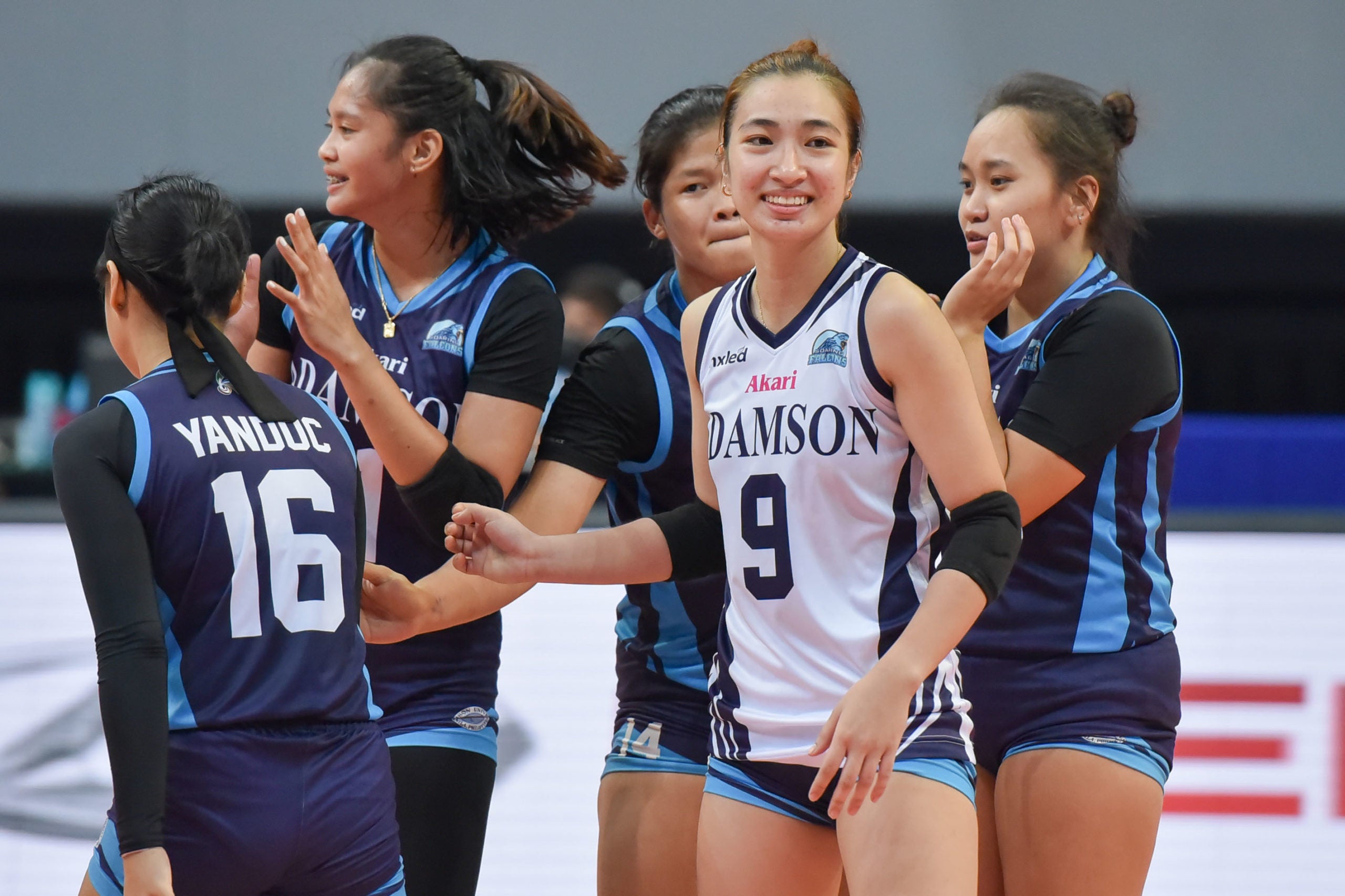 MANILA, Philippines—Lucille Almonte is thriving in her new role as Adamson’s libero in the UAAP Season 84 women’s volleyball tournament.

Adamson coach Lerma Giron converted the rookie outside hitter into a libero this second round to try something new because she believes Almonte can provide a good passing, which the team lacks.

“Something new. We know we lack in passing. Her passing is good. We’re finding ways if it will work for us. And we have a lot of talented spikers from the bench,” said Giron in Filipino.

The Kings’ Montessori School standout, who was No.12 in scoring with a total of 70 points, No. 8 best spiker with 31.19-percent attack rate and 10th best server with 0.27 aces per set in the first round, is embracing her transition from open spiker to libero.

“I’m happy (with my new role). Because I can see where I can contribute more to the team,” Almonte said in Filipino. “It’s not hard to adjust for me also because receiving and (floor) defense are not new for me even when I was an open spiker in round one.”

Almonte, on her second game as libero, had eight digs and four excellent receptions as Adamson ousted winless University of the East, 25-16, 25-14, 25-9, to improve with a 5-4 record in the fourth place on Saturday at Mall of Asia Arena.

Giron praised Almonte’s consistent defense even in their previous game two days ago when the Lady Falcons blew a two-set lead and lost to University of Santo Tomas in five sets.

“Very good. She’s doing well since our last game with UST and this game. She is consistent,” Giron said. “There are minor things that we still have to work out. But the consistency in her receive and defense is there.”