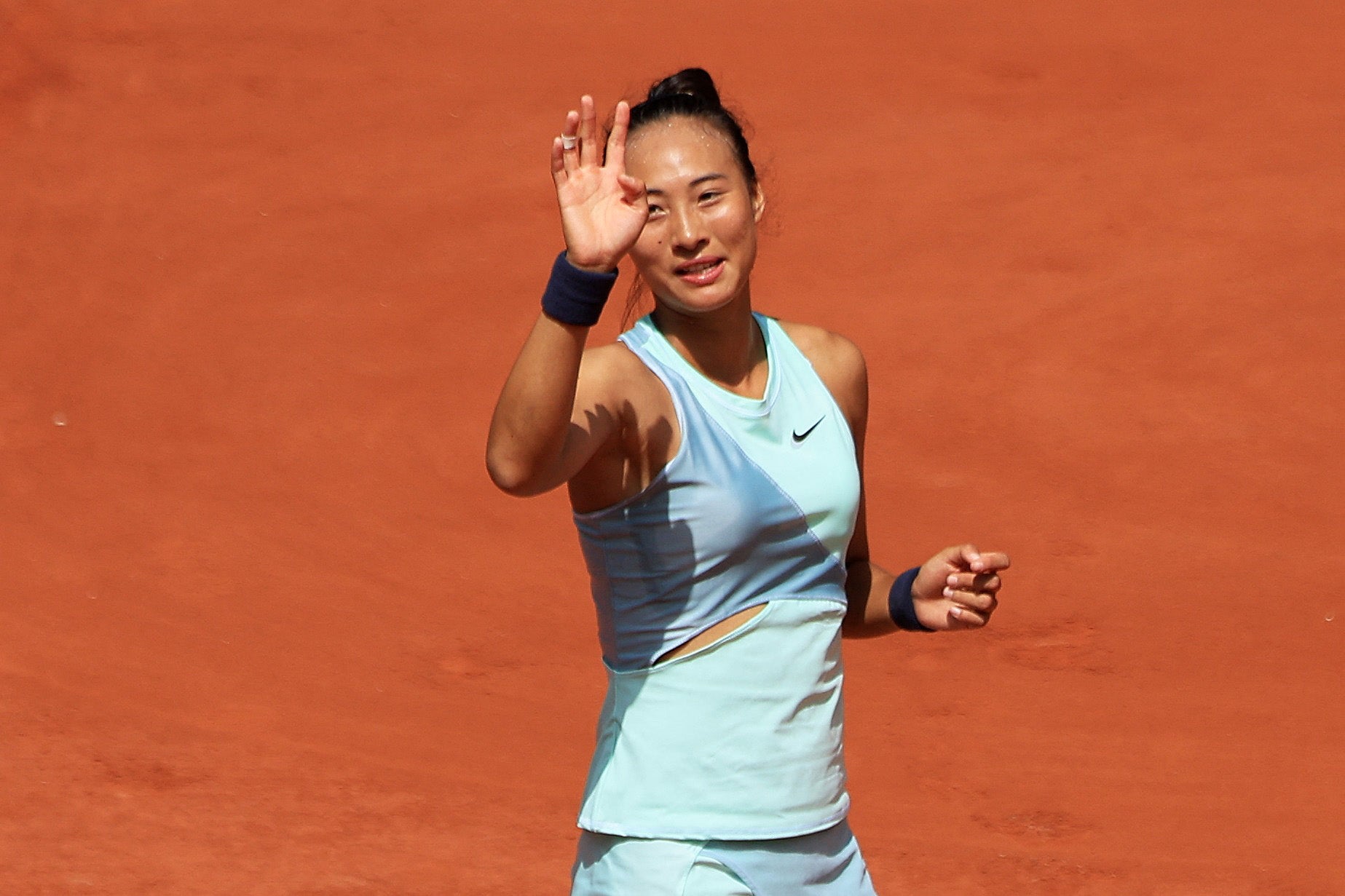 PARIS-Zheng Qinwen grew up seeing Eiffel Tower pictures in her school books and the Chinese teenager is carving out a path to success in the city of dreams with her blazing run at the French Open.

Inspired by the success of compatriot Li Na, who became the first Asian player to win a major singles title with her 2011 triumph at Roland Garros, the 19-year-old Zheng has impressed with her aggressive play on her debut at the claycourt Slam.

The 74th-ranked Zheng defeated higher-ranked Belgian Maryna Zanevska in her opening round and then sent out former world number one and French Open champion Simona Halep in the second.

On Saturday, she ended local hopes in the women’s draw by defeating Alize Cornet on Court Philippe Chatrier to book her spot in the fourth round, having only made her Grand Slam debut at the year’s opening major at the Australian Open.

Zheng said it was a childhood dream to play in a Grand Slam in front of a big showcourt crowd and give her best performance.

“About Paris, when I was young in school, in lot of Chinese books they have Eiffel Tower pictures,” she told reporters.

“So when I was young, for me, the Eiffel Tower in Paris was like a dream place. I never thought I could be there. It was really nice to be here in Paris, yes.”

Next up for the Chinese will be world number one Iga Swiatek, who is on a 31-match winning run.

Zheng is looking forward to the challenge and a chance to test herself against the Pole, who will turn 21 on Tuesday.

“She’s a wonderful player. Actually, I have been preparing for this match, because I really want to play against her,” Zheng said. “I’m excited for this match.

“I didn’t watch a lot how she plays, but I know that she’s a great claycourt player. That will be a tough match, for sure. I will give everything I have.”