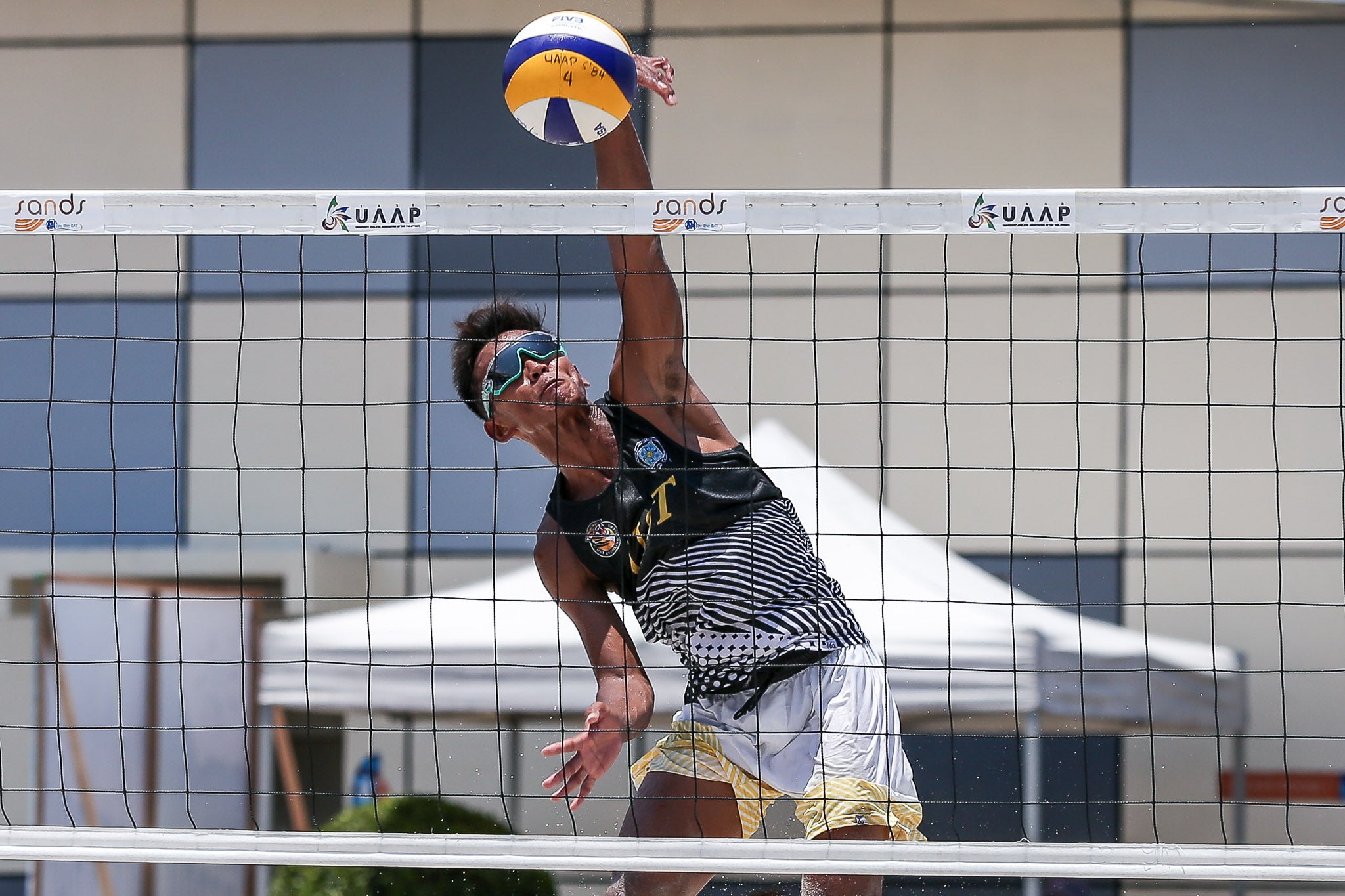 Green Spikers Noel Campton and Vince Maglinao took down Adamson University’s Francis Casas and Ned Pacquing, 21-14, 21-13, to become the first team to reach the Final Four round, winning four of their five matches to surpass their previous two-win season in 2019.

“To be honest, we didn’t expect to have this standing. Our goal is to stay focus and execute the game plan of our coaches,” said Kampton, a freshman out of University of Perpetual Help high school.

UST and NU joined La Salle in the Final Four by completing a sweep of their Sunday matches as the three schools led the tournament with identical 4-1 records.

University of the Philippines’ Dan Nicolas and Louis Gamban kept its Final Four hopes alive, ending their three-game skid with a 21-15, 21-14, victory over Ateneo’s Abai Llenos and Amil Pacinio, to improve to 2-3.

Ateneo had a winless day, failing to clinch its entry to the next round as it dropped to a 3-3 record.

FEU, which fielded Martin Bugaoan for Vincent Nadera and teamed up with Jelord Talisayan, bid farewell to its Final Four hopes after sliding to a 1-4 card.

Adamson also made a substitution with Pacquing replacing Aaron Mirador during their game against UST. But the team remained winless in five matches.

Games resume on Friday starting at 9 a.m., which features the last day of the elimination round with La Salle facing UST, UP taking on FEU, and Adamson battling NU.