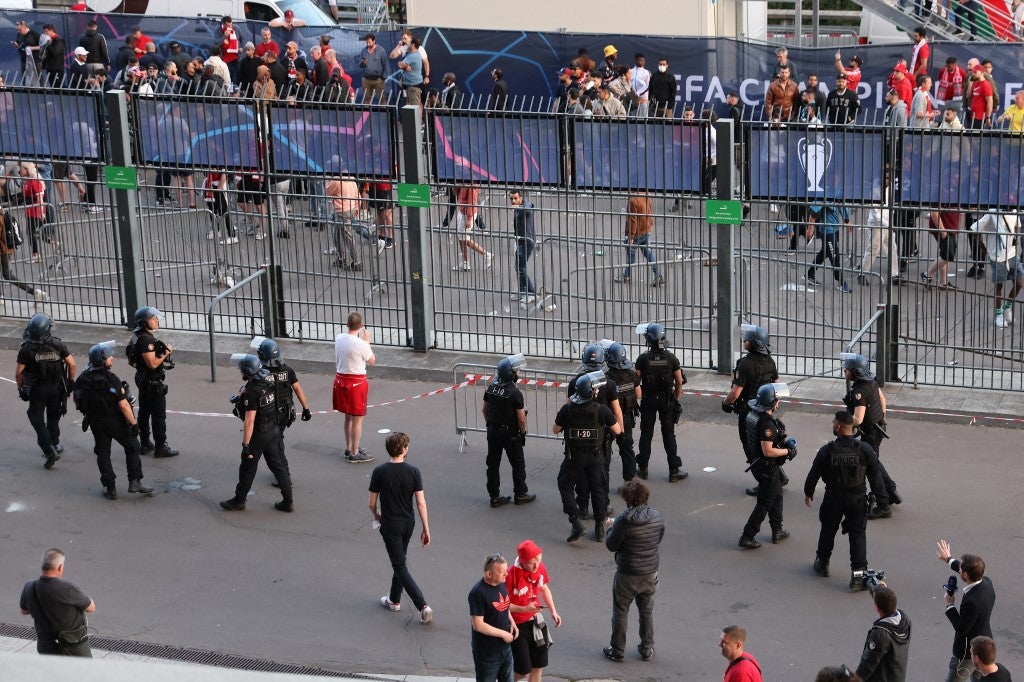 Police patrol at the fence as fans were prvented form getting inside prior to the UEFA Champions League final football match between Liverpool and Real Madrid at the Stade de France in Saint-Denis, north of Paris, on May 28, 2022. (Photo by THOMAS COEX / AFP)

Darmanin said there were 29 arrests around and inside the Stade de France stadium, of which half he said were “British citizens,” and a further 77 arrests in the surrounding Seine Saint Denis Paris suburb, not involving British.