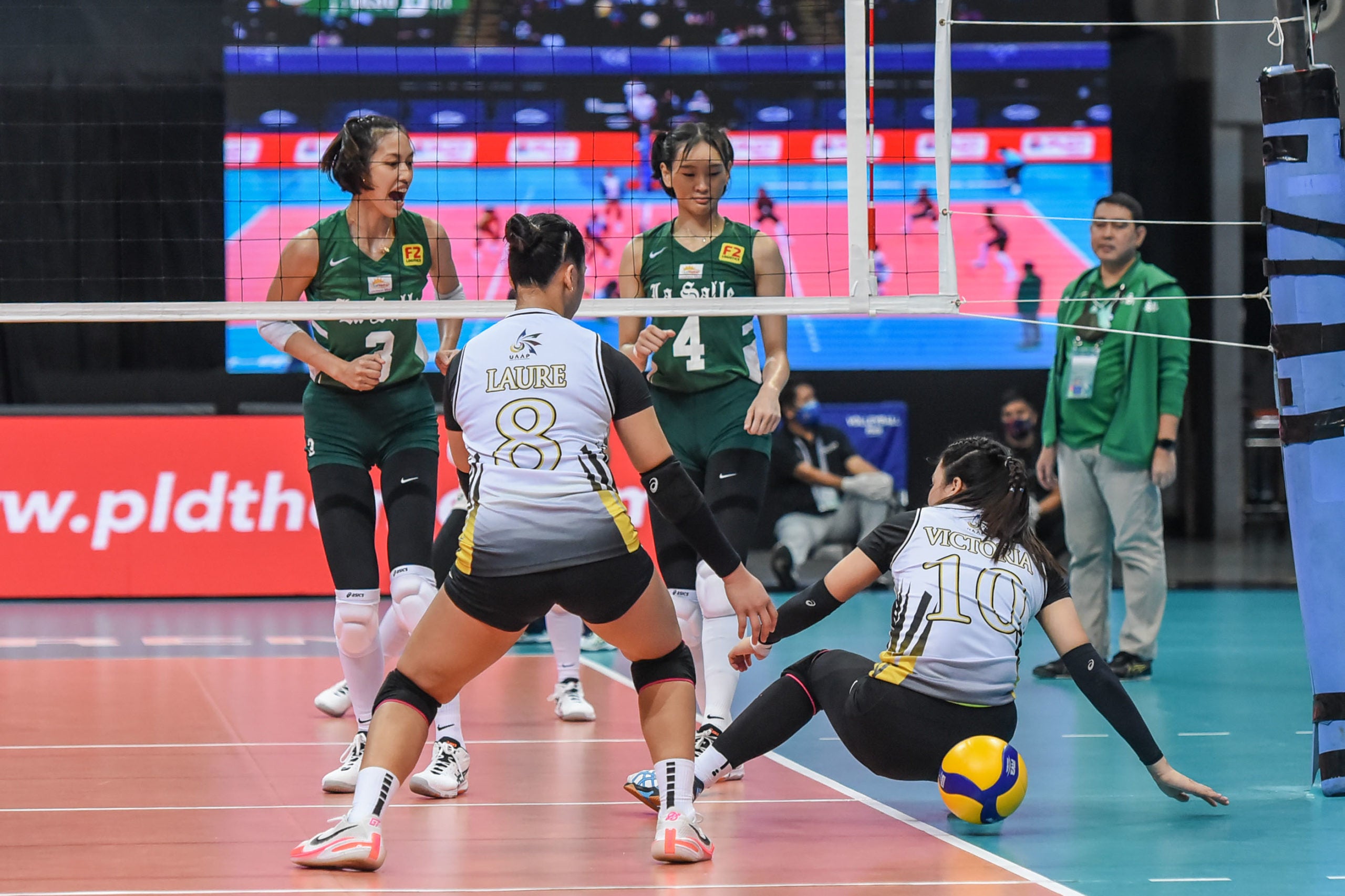 For a team with no players having any championship experience, the Lady Spikers played like well-oiled machine in scoring their third straight victory for an 8-3 record.

They focused their defense on UST’s top gunner, and league best scorer, Eya Laure. And that proved enough for La Salle to hand UST’s second straight defeat, sliding down to third place at 7-4.

The Tigresses tried to pull off a reversal when they took the third set through searing rally from 12-15 to a 23-22 lead.

But what worked for UST in previous matches didn’t fly this time as it was troubled by unforced errors. In the first frame alone, the Tigresses committed 12 unforced errors.