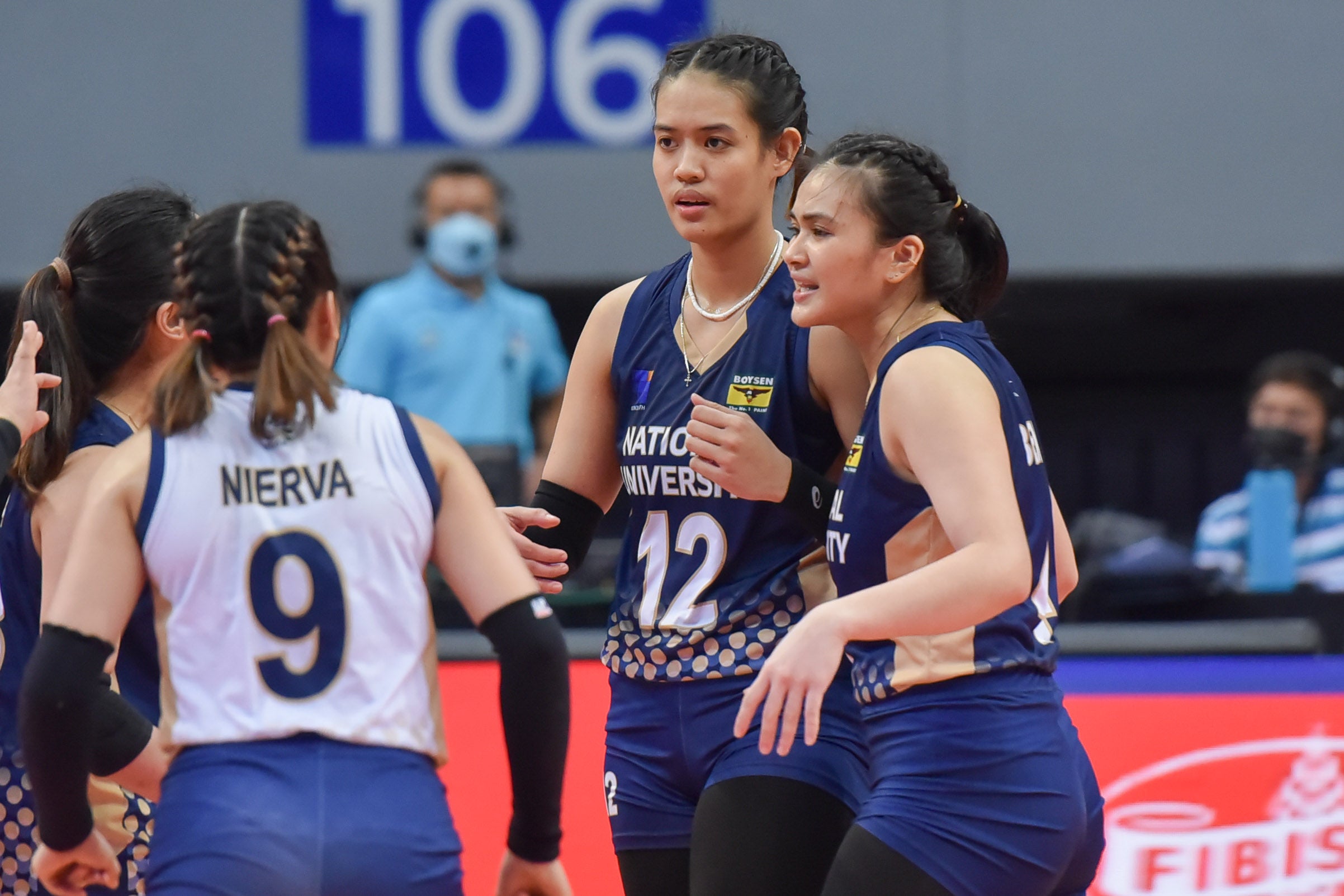 MANILA, Philippines — Alyssa Solomon was glad that their winning culture from high school helped bring National University back into the UAAP post-season for the first time after four years.

The rookie spiker dropped 20 points as the unbeaten NU earned its 11th straight win, beating Adamson, 25-20, 25-17, 13-25, 25-13, to secure at least a top two spot and a twice-to-beat edge in the Final Four of the UAAP Season 84 women’s volleyball tournament on Thursday at Mall of Asia Arena.

The last time the Lady Bulldogs finished top two was in 2014 when Jaja and Dindin Santiago led the team to a 12-2 finish only to blow their twice-to-beat advantage to the Alyssa Valdez-led Ateneo, which won the Season 76 crown.

Solomon believes the character that they had built from Nazareth School, which won five UAAP girls’ titles, helped them bring NU this far — three wins away from an outright Finals berth.

“Because we’re facing new challenges every game. Our opponents won’t go down without a fight. So we should also not let our team lose,” said Solomon in Filipino after firing 17 spikes and three aces — the first Lady Bulldog to score 20 points this season.

Solomon is among NU’s first year players leading the team along with Bela Belen, Sheena Toring, and Lams Lamina.

“I’m so proud because as a rookie, we were able to lead the team. But our seniors have been guiding us in doing the right things and observing the areas we need to improve on,” Solomon said.

But as NU coach Karl Dimaculangan said,  their focus are on improving and learning every game rather than just hiking their unbeaten record.

Solomon, the best server and top 3 spiker in the first round, agreed with her coach, saying they won’t stop until completing their championship goal for NU.

“We learned a lot from this game. We still have a lot of things to improve for our next game. Tomorrow we will practice the things we lack and we failed to apply earlier,” she said.

NU tries to clinch the No.1 seed against University of the Philippines on Saturday and will gun for sweep against Far Eastern University and University of Santo Tomas in their last two games next week for the outright Finals berth.