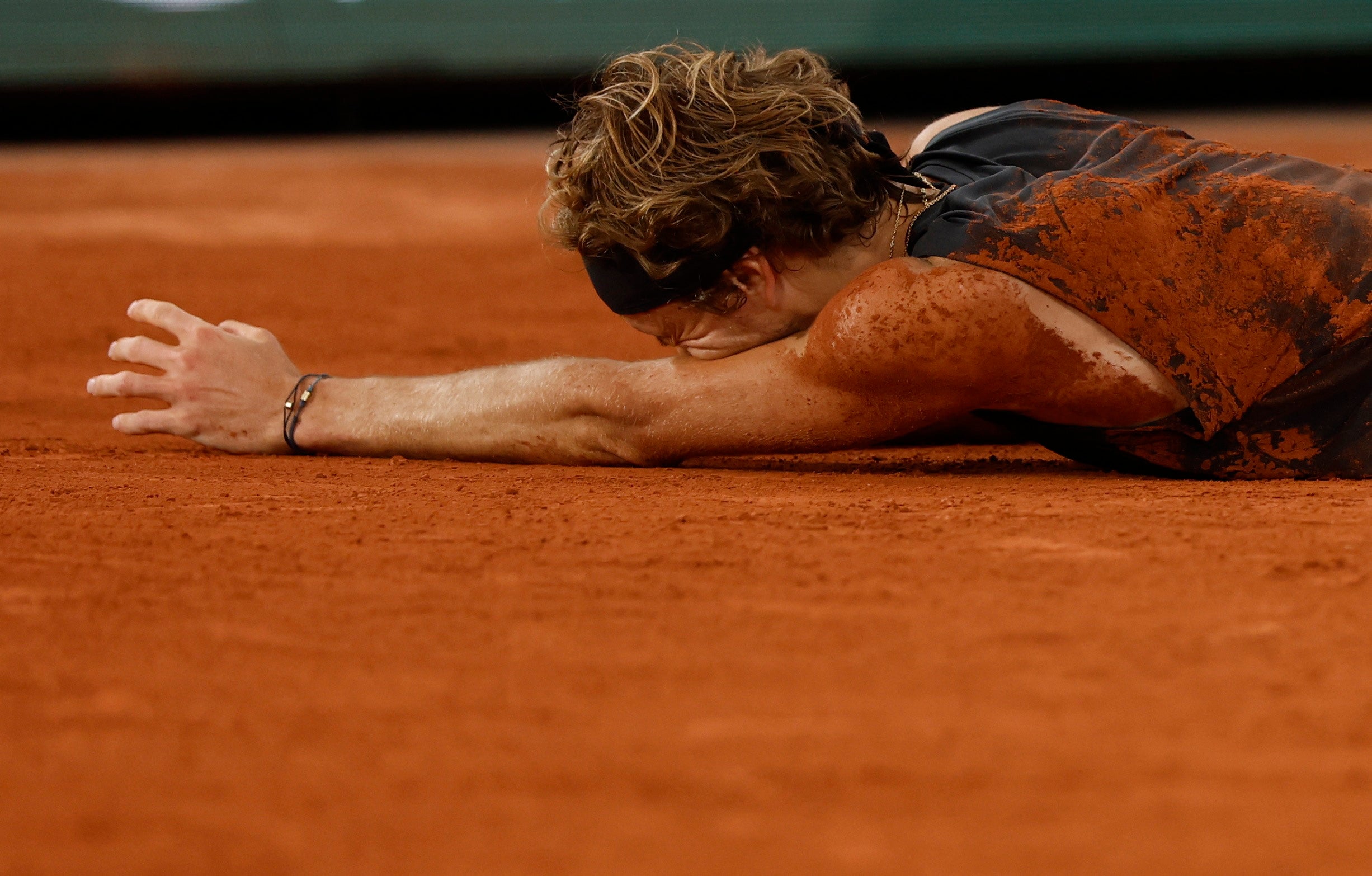 PARIS— Alexander Zverev backed Rafael Nadal to go on and win a 14th French Open title after revealing concerns that the ankle injury which forced him to withdraw from Friday’s semi-final against the Spaniard is “very serious.”

Zverev had to be pushed off the Philippe Chatrier court on a wheelchair after twisting his ankle late in the second set as he trailed 7-6(8) 6-6 in his meeting with the 21-time Grand Slam champion.

“Very difficult moment for me today on the court, obviously a fantastic match until what happened,” Zverev said in a video posted on the French Open’s Twitter account.

“Looks like I have a very serious injury, but the medical team and the doctors are still checking on it and we’ll keep you updated, we’ll let you know as soon as we know more.” Zverev and Nadal had been on court for three hours and 13 minutes, with the Spaniard winning the first set in a tie break, when the 25-year-old’s injury occurred.

Following treatment on court, Zverev was wheeled into the locker room before returning on crutches to confirm his retirement and receive an embrace from his opponent.

Nadal, who celebrated his 36th birthday on Friday, now goes on to face Norway’s Casper Ruud in Sunday’s final as he seeks a 14th Roland Garros title and to extend his record number of Grand Slam crown.

“I want to congratulate Rafa,” said Zverev. “It’s incredible to see him in a 14th final and hopefully he can go all the way and make some more history.

“But, not an easy moment for me today and I’ll keep everybody updated.”