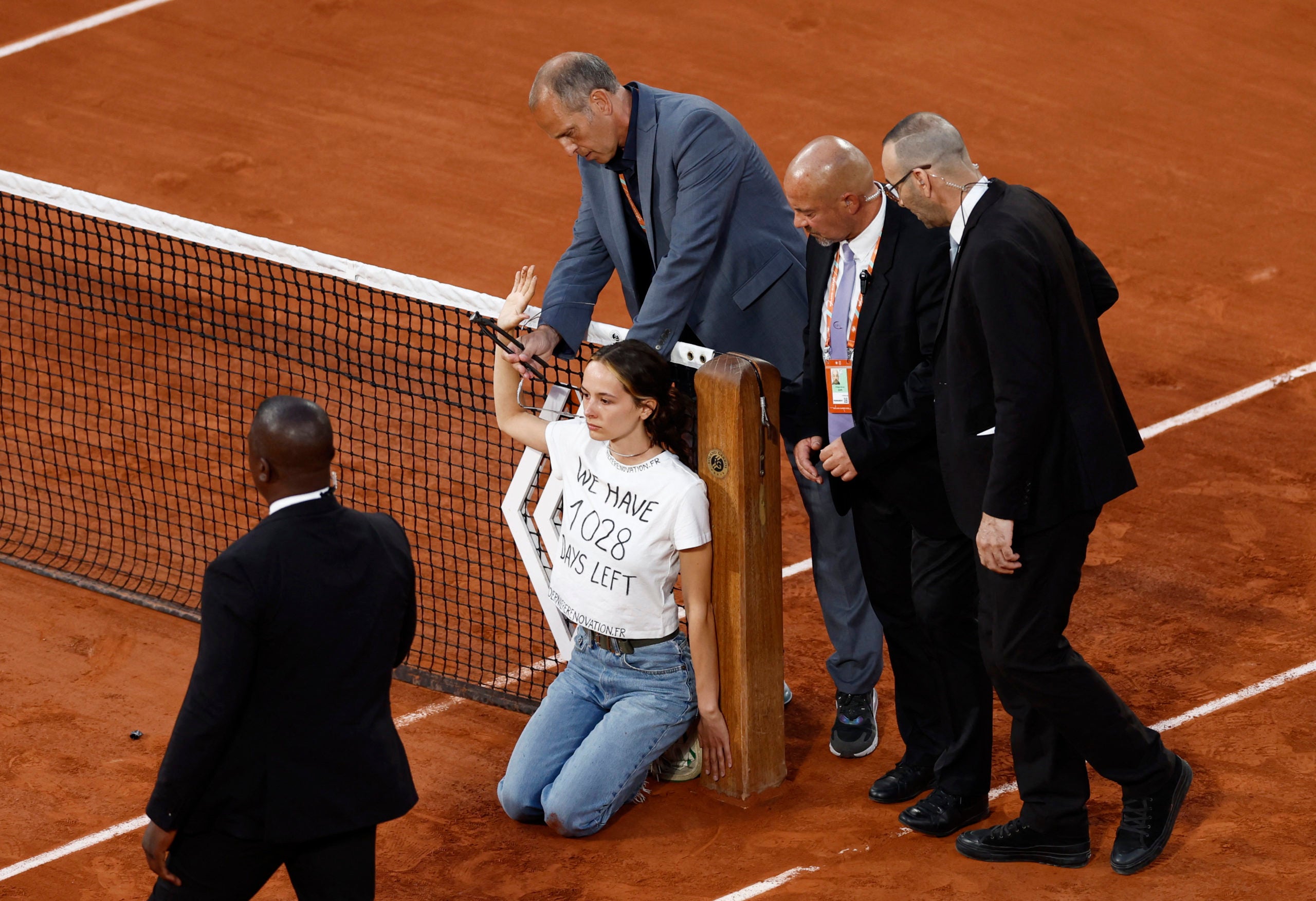 PARIS —A environmental activist interrupted the French Open men’s semi-final between Marin Cilic of Croatia and Norwegian Casper Ruud for 15 minutes on Friday when she jumped onto Court Philippe Chatrier and tied and glued herself to the net.

The woman, a French citizen, wearing a t-shirt that read ‘we have 1028 days left’ tied herself to the edge of the net with a string around her neck.

The message, written on both sides of her white t-shirt, was a reference to a UN report on climate change.

“An environmental activist managed to get onto Philippe Chatrier Court and attached herself to the net with metal wires and glue,” the French tennis federation said.

“The young woman, of French nationality, entered the grounds with a valid ticket early in the day. She was then handed over to the police.” 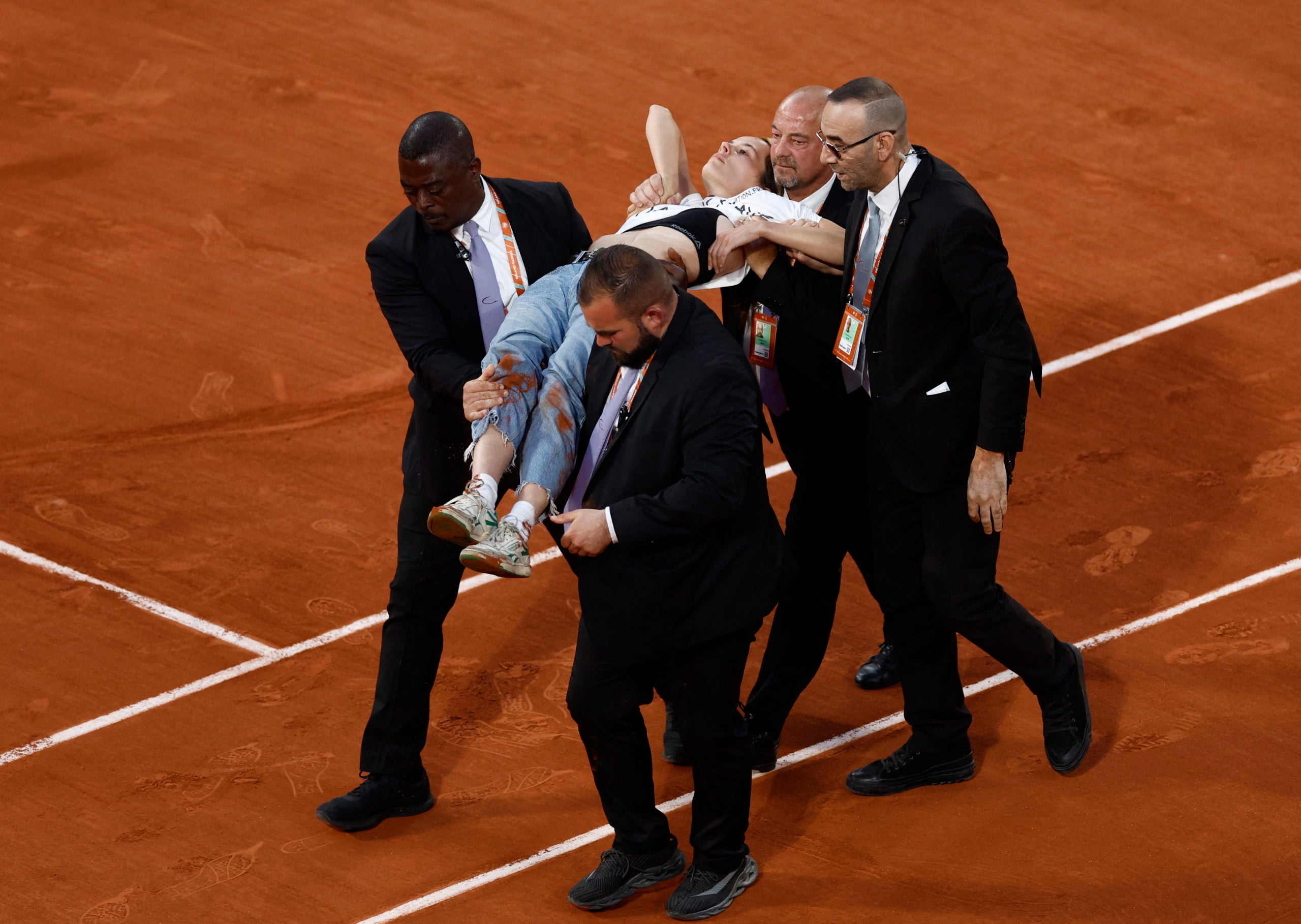 Tennis – French Open – Roland Garros, Paris, France – June 3, 2022 Security members take off the court a protestor after she ties herself to the net during the semi final between Norway’s Casper Ruud and Croatia’s Marin Cilic REUTERS/Yves Herman

Security guards did not rush to her but instead spread out around the court and then slowly walked to her before removing her from the net.

The players were quickly ushered off the court and play was interrupted for about 15 minutes with Ruud leading 3-6 6-4 4-1.

“When it comes to this protest, it was a little bit, what should I say, nasty is maybe a good word, because I didn’t really know how to react to it,” Ruud told reporters after his victory.

“It was a little bit tricky and difficult situation. Never happened to me before. So we were taken outside for six, seven minutes and I got to regroup a little bit and got my flow going again.”

This is not the first time play has been interrupted at the French Open.

During the 2009 men’s final, a spectator jumped on to the court from the stands and tried to put a hat on Roger Federer’s head. In the 2013 showpiece between Rafael Nadal and David Ferrer, a masked protester ran around the court waving a flare.