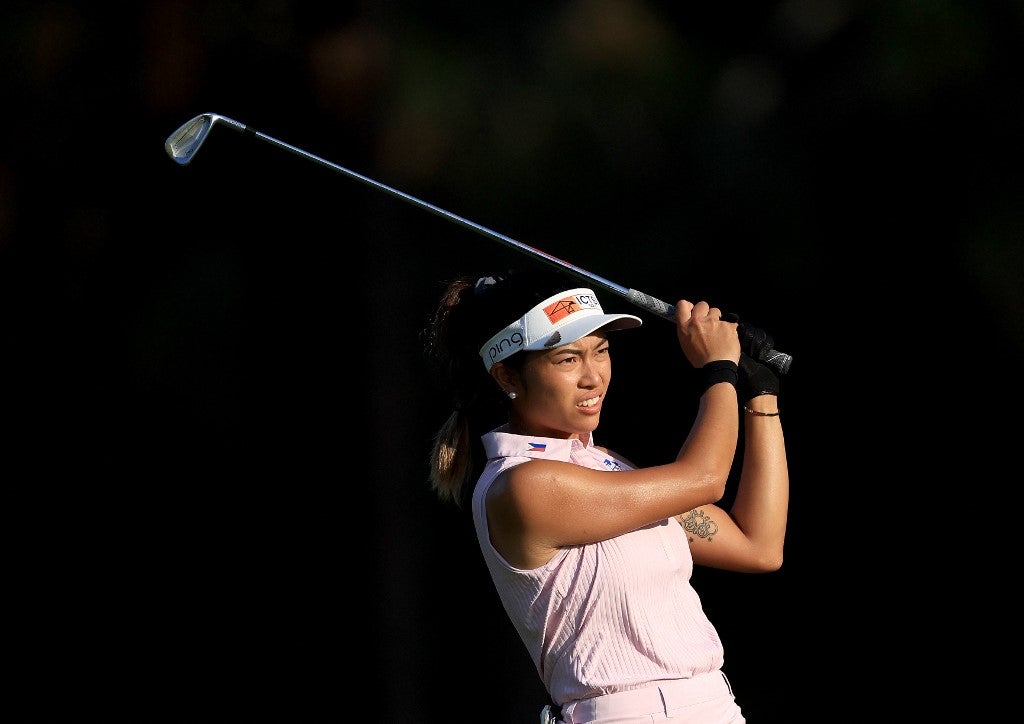 Bianca Pagdanganan of The Phillipines plays her second shot on the first hole during the second round of the 2022 U.S.Women’s Open at Pine Needles Lodge and Golf Club on June 03, 2022 in Southern Pines, North Carolina. (Photo by David Cannon/Getty Images)

On Friday morning the former NCAA champ submitted a one-under par 70 at the Pine Needles Lodge and Golf Club in Southern Hills, North Carolina. Coupled with an opening 74, it left Pagdanganan at +3, two off the projected cut line at the time of +1. But by the end of the day it was enough to make the cut on the number.

Pagdanganan mounted her charge with three birdies on the first five holes to get to +1. After birdieing 10, she dropped to level par for the tournament.

But disaster struck with a double bogey on fourteen followed by a bogey on 17.

The Olympian needed a bunch of players ahead of her to retreat in the balance of Friday’s play, and that’s exactly what happened. With conditions toughening up in the afternoon the cut line moved to +3 and she booked her ticket to the weekend.

The reign of defending champion Yuka Saso is over. The Filipino-Japanese submitted a round of 74 for a +9 aggregate to miss the cut by six. As she did on Thursday Saso bogeyed holes four, five, seven, eight, and nine. Saso can blame a balky driver as she only hit 14 of 28 fairways through 36 holes.

Filipino Dottie Ardina had a stellar day with a three-birdie haul and a 70, but thanks to her opening 77, she finished +5 and packs her bags.

However, American Allisen Corpuz, the daughter of a Filipino, is safely through at +1 after an attritional 74.

The leaders are Mina Harigae from the USA and Minjee Lee of Australia, who are at -9.

Pagdanganan down three in New Jersey; Saso struggles with a 73