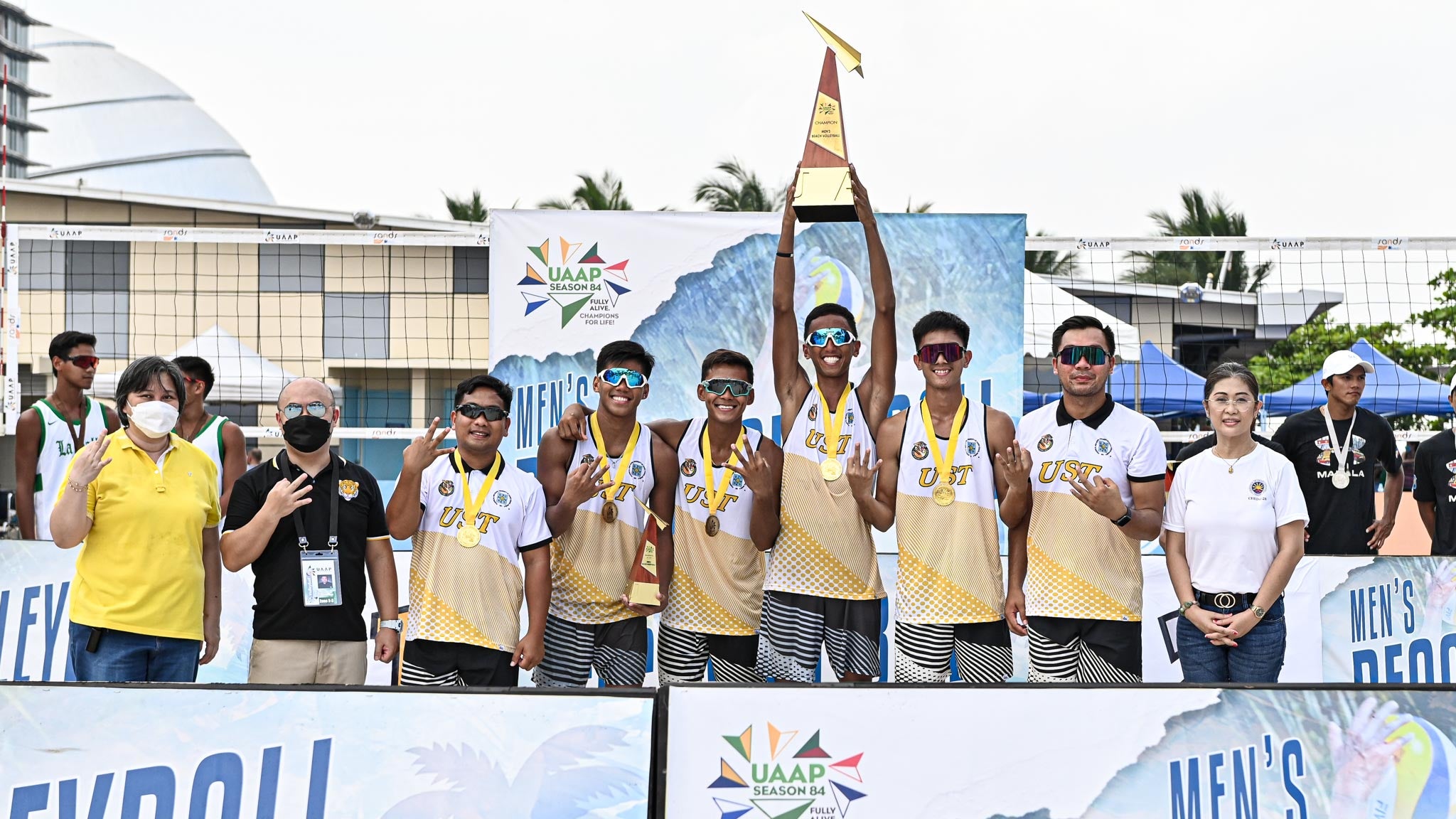 UST overcame a tough first set challenge from NU and took full control of the second set to claim its sixth men’s beach volleyball crown—the most championships in the tournament.

Tied 26-all in the first set, Varga drilled the go-ahead point before Requinton denied Salvador’s attack to draw first blood.

The Tigers Spikers used their momentum for a 7-2 start in the second set lead and pulled away by scoring four straight points capped by Requinton’s ace for a 16-9 lead and never looked back to capture the first UAAP beach volleyball title in this pandemic-era.

Varga won his second straight MVP in front of his family and friends who flew all the way from Cebu over the weekend.

“This MVP award is just a bonus. Our goal is to win the championship, three-peat,” said Varga. “I’m so happy because my family came all the way from Cebu to watch my game. I’m glad that they witnessed all of our hardships and sacrifices for how many years.”

Requinton, who recently won his second straight Southeast Asian Games bronze medal in Hanoi, Vietnam, was honored to extend his success in the UAAP after he was fielded at the end of the eliminations to boost UST’s title-retention bid.

“It was really challenging for me because I was a defender on the national team. So when I entered the UST bubble, I adjusted my role as a blocker, focusing on my blocks for a week,” said Requinton.

“I’m so proud of him because he accepted and embraced his role from defender to blocker.”

Requinton, who was listed as third player, deflected the credit to Efraem Dimaculangan helping Varga win four of their first five matches, bouncing back from an opening day loss to NU.

Meanwhile, La Salle’s Noel Kampton won the Rookie of the Year award and led his team to a bronze medal—its best finish in the tournament.

Kampton and Vince Maglinao beat University of the Philippines’ Louis Gamban and Dan Nicolas, 21-17, 21-17, in the battle for third earlier.