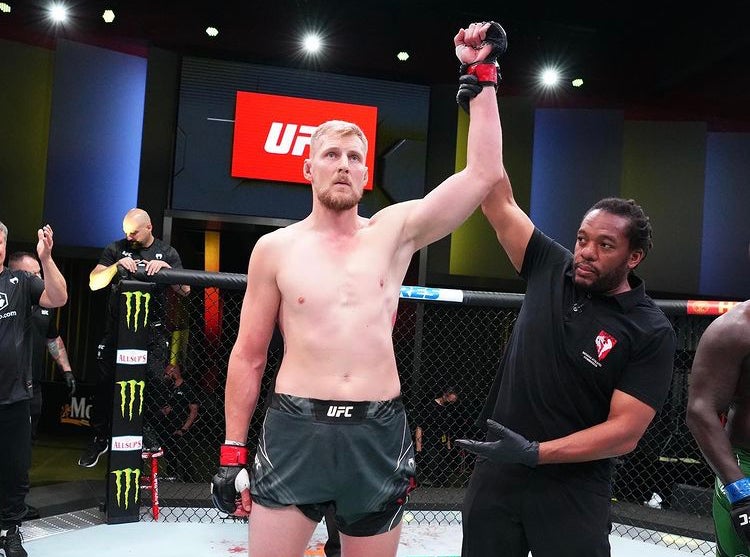 “I know that he does not have good defense (at that moment). … I just see him and just go forward for the knockout. Good fight,” Volkov said.

In the co-main event, another Russian, Movsar Evloev remained unbeaten at 16-0 by defeating Dan Ige of the U.S. (15-6) via unanimous decision in a featherweight matchup.