Scottie Thompson vows to do better after taking home MVP 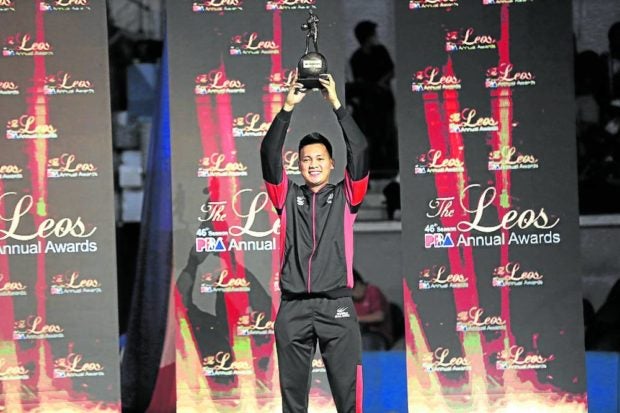 Now standing at the summit of the Philippine Basketball Association (PBA), Scottie Thompson of Barangay Ginebra knows that things are about to get tougher.

And like what has been the trademark of his career — when hard work as a role player led him to become the Most Valuable Player (MVP) after seven years — Thompson is here to show he deserves being the king of the hill.

Thompson kept things simple right after his coronation at Smart Araneta Coliseum on Sunday afternoon during the Leo Awards that officially kicked off the league’s 47th Season, thanking his wife, family, the Gin Kings organization, and fans for their undying support.

But far removed from the spotlight, and with just members of the media before him, Thompson spoke thoroughly of the responsibility that came with wearing the crown.

“After this award, I think as a player, I need to be mature even more for the team,” he said. “This is a big responsibility. There’s the expectation of the team, the fans, and of course the management.

“I know it’s going to be tough. But I’m up for the challenge,” he went on.

The evolution of Thompson into the PBA’s new face has been playing out for seven seasons. It has been manifesting in soaring rebounds, clutch triples, and steely nerves at crunch time.

But all that sublime showing turned routine in the last Governors’ Cup, where his indefatigable play carried the injury-hit crowd darlings from a perilous playoff spot to the title. There, Thompson averaged 14.7 points, 9.2 rebounds, and 5.9 assists to lead the Gin Kings—alongside the equally tireless Justin Brownlee—to the title.

“We all know that right from the start of my career at Ginebra, I’m really just a role player,” he said. “Through hard work and discipline, I think I’ve inspired in a way that basketball isn’t really just being about being skilled.”

“As long as you have the heart, the discipline, and faith in God, it’s not impossible to get this award,” he added.

Thompson, already a six-time champion with the popular ball club, is the fourth Ginebra player to become the MVP. He follows the footsteps of Eric Menk, Jayjay Helterbrand, and the newly-retired Mark Caguioa.