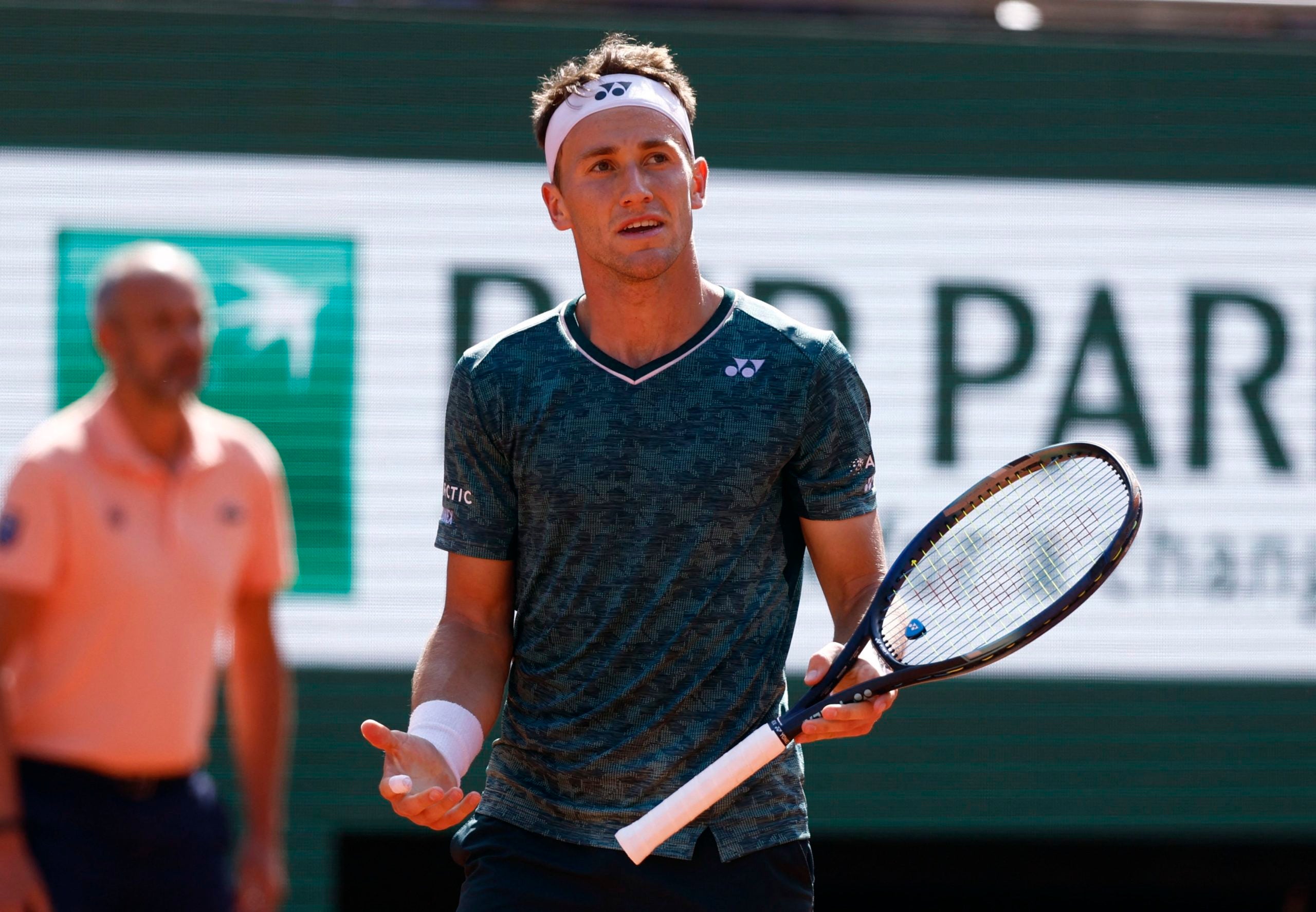 PARIS – Norway’s Casper Ruud said he had found no answers when Rafa Nadal stepped up his game midway through the second set en route to a straight sets win on Sunday and a 14th French Open men’s title.

Ruud, in his first Grand Slam final, was 3-1 up in the second set but lost the next 11 games in a row, earning just 17 points in the process, with Nadal winning 6-3 6-3 6-0 to take his Grand Slam titles tally to a record-extending 22.

“Well, I wish I knew the answers too, but I got a cheap break of serve I think in the second set and was up 3-1, and of course wanted to get the match going and maybe try to win the set,” said Ruud.

“But then he stepped up and he showed that when he needs to he plays great. It was tough for me to really know where I should play the ball.

“When you are playing defensive against Rafa on clay, he will eat you alive.”

The 23-year-old, who is the first Norwegian man to reach a Grand Slam final, is no stranger to his opponent’s game, having trained with him in Nadal’s academy in Mallorca.

But when his opponent lifted his game, Ruud was finished.

“It was tough for me to really know where I should play the ball because from both sides he has… two forehands because his backhand is also strong, even though it’s maybe a little bit weaker,” he said.

“On the forehand he plays with a little bit of spin and kind of feels like you’re playing a right-handed forehand. I didn’t know exactly where to play there in the end and he made me run around the court too much.”

For Ruud, however, who was in the stands in 2013 as a teenager to see Nadal win, playing his idol on Court Philippe Chatrier, where he has essentially ruled since 2005, will be a match he will cherish forever.

“I wish I could make the match closer and all these things, but at the end of the day I can hopefully one day tell my grandkids that I played Rafa on Chatrier in the final, and they will probably say, ‘Wow, did you?’

“I will say ‘Yes’. I’m probably going to enjoy this moment for a long time.”