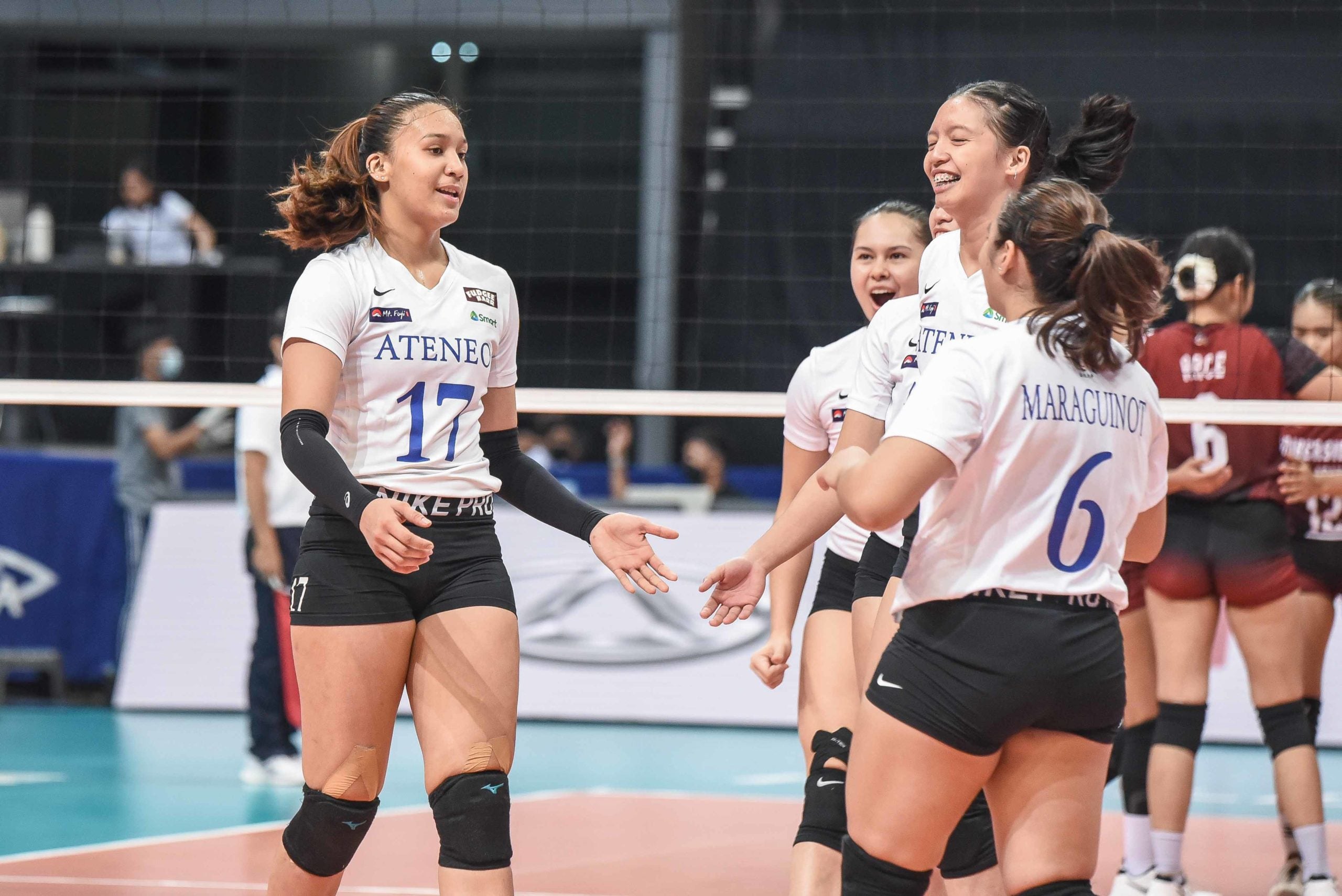 MANILA, Philippines–Ateneo bucked a first set debacle to turn back University of the Philippines, 19-25, 25-11, 25-18, 25-19, late Thursday to secure a playoff for the last Final Four spot in the UAAP Season 84 women’s volleyball at Mall of Asia Arena.

The Blue Eagles overcame a jittery start against the nothing-to-lose Fighting Maroons preserving their eighth victory in 14 matches.

“UP came prepared pa rin for today. Although they were out of contention, they played their hearts out. They are talented, they prepared well, they played well. They really challenged us,” Ateneo coach Oliver Almadro said.

FINAL: Ateneo forces a playoff for No. 4 against Adamson!

They tied the Adamson Lady Falcons, who earlier stunned La Salle, at fourth place. They will clash in sudden death on Saturday for the outright entry to the Final Four.

The Fighting Maroons closed the season with a 5-9 card.