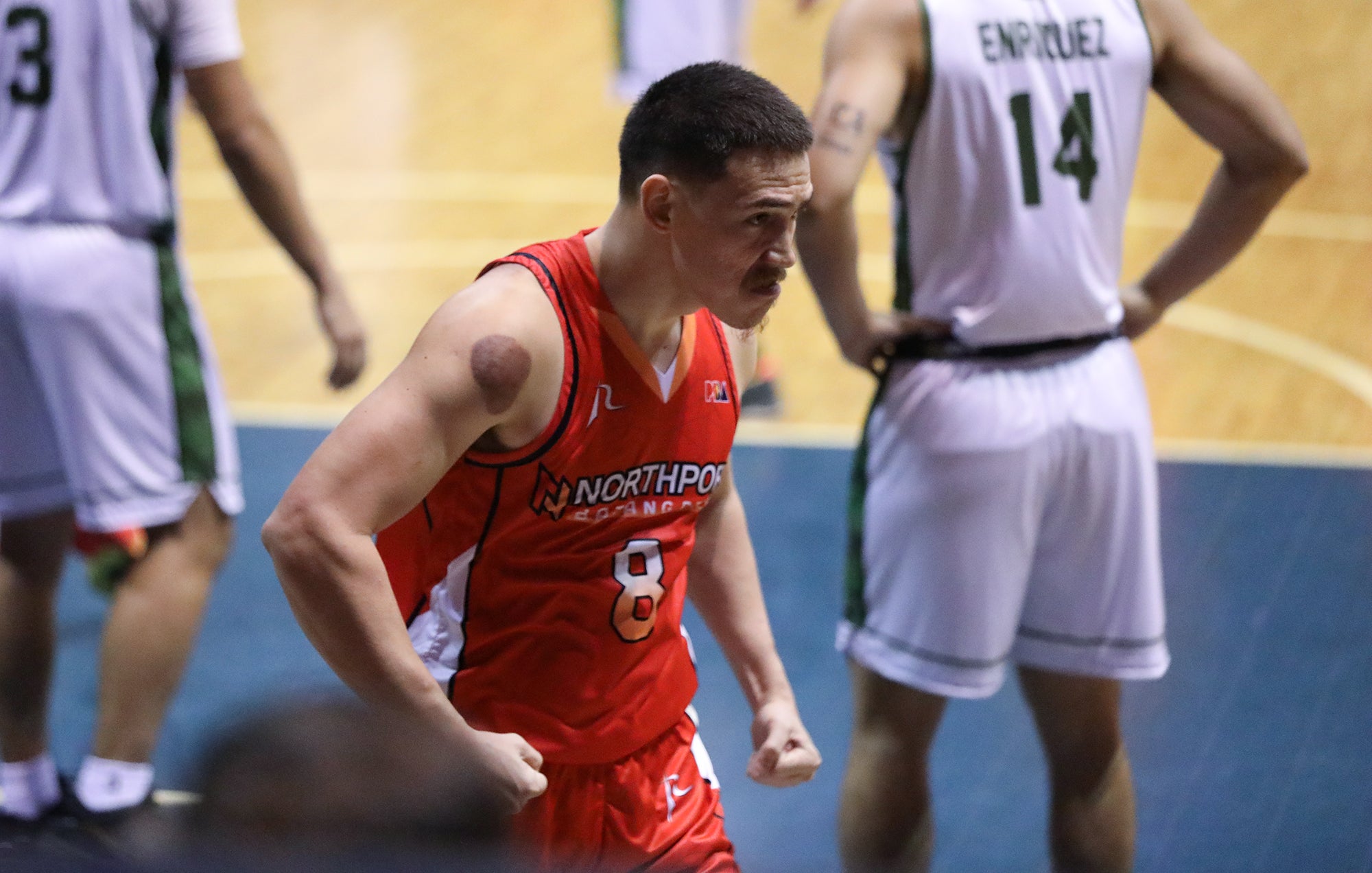 MANILA, Philippines-NorthPort got a streak going on Saturday night, whipping Terrafiorma, 100-86, for a share of the lead in the PBA Philippine Cup.

Robert Bolick and Jamie Malonzo figured as the Batang Pier’s one-two punch anew, stuffing the stat sheet that helped the club join powerhouse San Miguel Beer at the top of the heap.

Four others scored in double figures for NorthPort much to the delight of coach Pido Jarencio.

“Everyone’s happy in practice. No problem with communication between the coaches and players. Do you still hear me shouting out there [in the game]? I’m very relaxed now,” he said in Filipino during the post-game presser.

“That’s because the players already know what they have to do. I guess we still need more players. We can’t do something about it if some players don’t want to play for us.”

“This has been the exciting team that I’ve handled in my eight years at NorthPort.”

It could be recalled that big man Greg Slaughter has been keeping contract talks from progressing, according to team officials. Forward Troy Rike, meanwhile, has chosen to take a leave of absence.

Bolick finished with 26 points, eight rebounds, and 10 assists, while Malonzo 19 points and 16 rebounds as NorthPort braces for powerhouse Magnolia, which it plays on Wednesday next week.

Terrafirma drew 24 points each from Joshua Munzon and Juami Tiongson.

The Dyip were in the game until Don Trollano was pulled out of the contest halfway through the third period due to a right foot injury. Isaac Go was also unable to return after hurting himself during a rebound in the opening frame.

Terrafirma, which suffered its second straight loss, will try to crack the win column when it plays Phoenix Friday next week.

PBA: Greg Slaughter hits back at NorthPort as contract dispute drags on