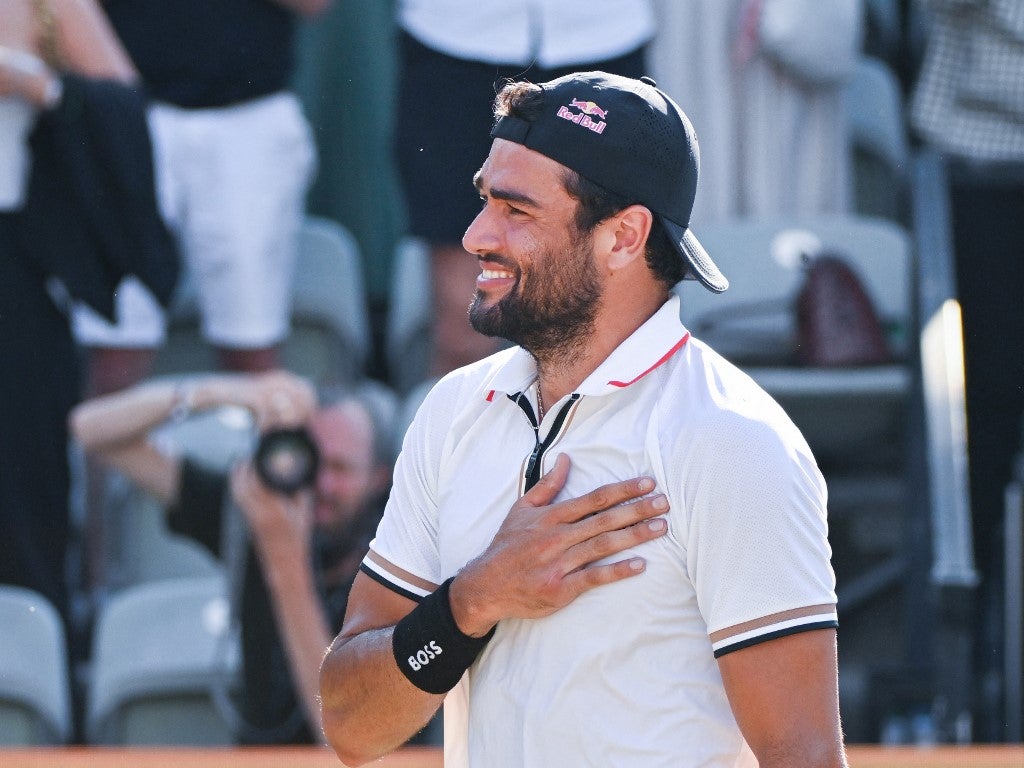 Matteo Berrettini made a winning return to tennis on Sunday when he defeated an injury-hit Andy Murray 6-4, 5-7, 6-3 to win the Stuttgart grass-court title.

Berrettini, who last played in March and then underwent hand surgery, won his ninth Stuttgart match without a loss as he backed up his 2019 debut trophy on the grass of the Weissenhof Club.

Murray, who took the match into a deciding third set as he played in the 70th final of his career, was bothered by apparent groin pain and was seen by the trainer after dropping serve to love to begin the final set.

“This is so unbelievable,” 10th-ranked Berrettini said after claiming his first title since winning Queen’s Club last June.

“This was the last thing I could have imagined when I came back to the court.

“I thought for a second I might not be able to play this event, now that I’m here holding the trophy it does not seem real.

“My goal was to do well after the first surgery of my life. I didn’t play my best tennis at the start of the week, but I got better with each match.”

“Andy has shown many times how he can come back,” the 26-year-old Italian said.

“This is not the way we would have wanted to finish the match (Murray’s on-court treatment). I’m sorry for him, he’s still a great champion.”

Murray leaves Germany with renewed confidence as he heads to Queen’s next week.

“It’s been an incredible week for my first time here,” the 35-year-old said.

“I congratulate Matteo. It’s never easy coming back from surgery. He played extremely well today and deserved to win.”

The former world number one added: “I couldn’t get over the line today but I’ve made a lot of progress in the past few weeks.

“I’m feeling a lot better about my game. I hope my body can hold up a little bit longer so I can keep playing matches like this.”

Murray looked like taking charge as he broke the Italian to level the final at one set apiece.

But the momentum did not last with Murray losing serve to love to start the third set.

With his long-standing groin problem appearing to bother him, Murray immediately called for the trainer.

He was treated on court but was never able to close the gap on Berrettini despite saving a match point in the final game.

After a strenuous point in the seventh game, Murray lay down in front of his chair for a few moments to catch his breath as the trainer briefly looked again at his right hip and groin area.

The three-time Grand Slam champion held serve for 3-4 but was unable to stop the Italian’s final push to victory on the back of 19 aces.