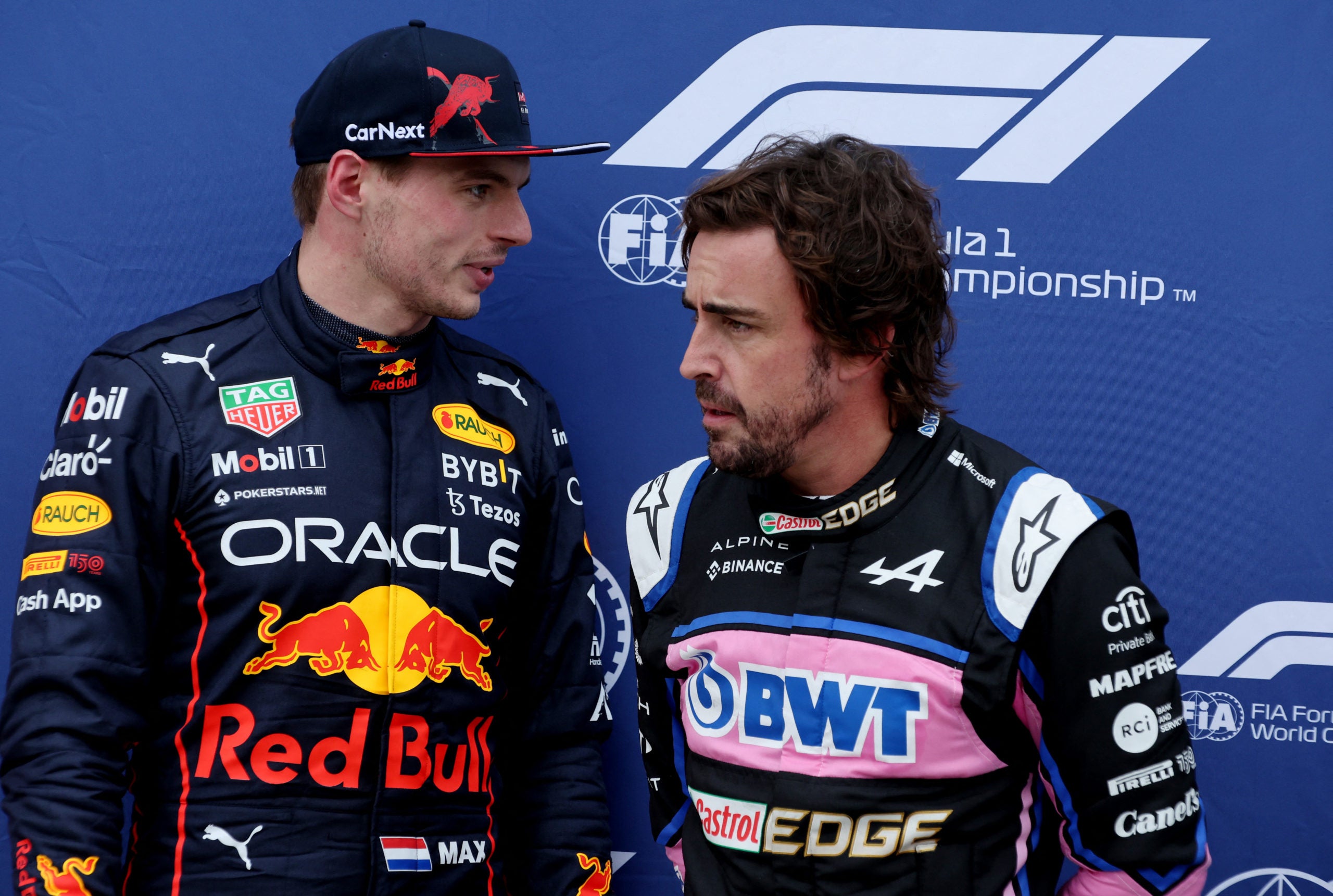 MONTREAL-Red Bull’s Formula One leader Max Verstappen shone in the wet to take pole position for the Canadian Grand Prix on Saturday as Alpine’s evergreen Fernando Alonso celebrated his first front row slot in a decade.

Verstappen’s main title rivals sunk out of sight, Mexican teammate Sergio Perez crashing and qualifying 13th while Ferrari’s Charles Leclerc ended a run of four poles in a row by dropping to 19th due to engine penalties.

“I still expect it not to be a straightforward race,” said Verstappen after his second pole in nine races.

“But today with the tricky conditions we stayed calm and didn’t make mistakes.”

His qualifying time of one minute 21.299 seconds was 0.645 faster than 40-year-old Alonso’s surprising best.

Ferrari’s Carlos Sainz was third fastest on a drying track and seven times world champion Lewis Hamilton fourth for Mercedes on a weekend dominated by talk of bouncing cars and driver safety.

“I can’t tell you how happy I am,” said Hamilton of his best Saturday showing so far this season.

“On pure pace in the dry we’re still a long way off but to get top four in qualifying in those conditions is awesome.”

Sunday’s race at the Circuit Gilles Villeneuve will be the first in Canada since 2019 and the start of the COVID-19 pandemic, and it is forecast to take place in sunny and dry conditions.

Verstappen has won four of the last five races, with Red Bull chasing a sixth in a row. He leads teammate Sergio Perez by 21 points, with Ferrari’s Charles Leclerc a further 13 behind.

Double world champion Alonso, the oldest man on the grid, had been fastest in final practice and Sunday will be his first appearance on the front row since 2012 when he was on pole for Ferrari in Germany.

The wily Spaniard said with a grin that he planned to attack Verstappen into the first corner and hoped to lead at least momentarily.

“It’s something I can build on and grow from. I always loved racing in the wet conditions. On a track like this, there’s big potential for drivers showing what they can do,” said Schumacher, who has yet to score a point.

Qualifying was halted in the second phase when Perez went straight into the Tecpro barrier between turns three and four and could not reverse out.

The car had to be craned off and the barriers repaired before the session resumed.

Perez qualified one place ahead of McLaren’s Lando Norris who failed to set a time in the second stage after reporting an issue with the power unit that the team could not fix.

Williams’ Alex Albon had also gone into the barriers at turn six earlier but was able to continue, returning to the pits for a new front wing and eventually qualifying 12th.

Aston Martin’s four times world champion Sebastian Vettel and Canadian Lance Stroll failed to progress through the rain and spray of the opening phase after they had raised hopes in final practice.

Nicholas Latifi completed a miserable afternoon for Canadian drivers in 19th place, although the Williams driver will move up a slot after Leclerc’s demotion.