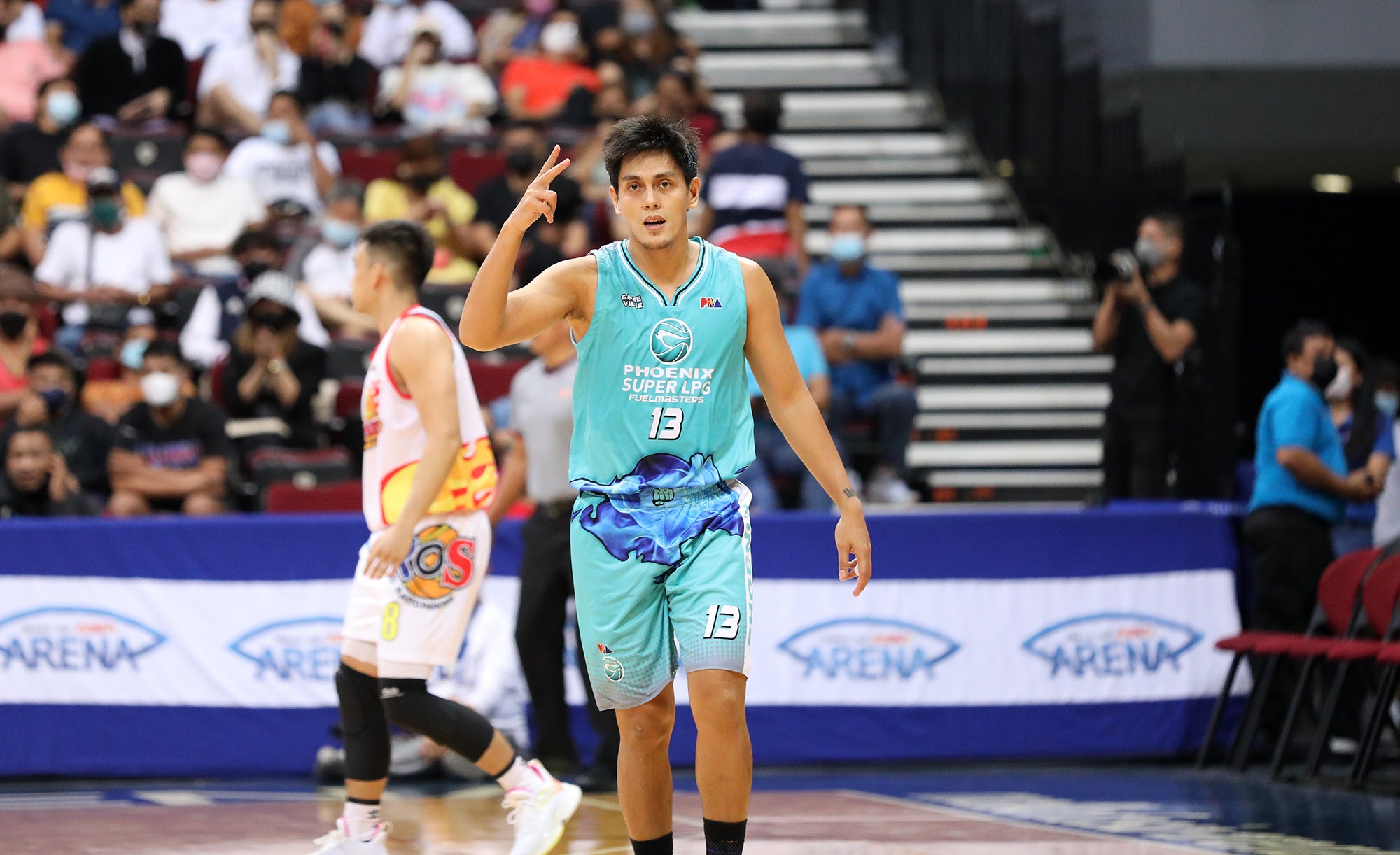 Phoenix guard RJ Jazul gestures after hitting a 3-pointer against Rain or Shine in the 2022 PBA Philippine Cup at Mall of Asia Arena. PBA IMAGES

MANILA, Philippines-Phoenix Super LPG got a streak going on Sunday night after holding off Rain or Shine, 106-102, in a tight endgame at Mall of Asia Arena in Pasay City.

RJ Jazul shot the lights out, converting six of his eight tries from deep to put up 25 points to grease the Fuel Masters’ march to 2-2.

“We just brought the experience we gained from playing (Terrafirma). We’re simply blessed to get the same result,” coach Topex Robinson said of the poise his charges showed towards the end of the contest.

Rey Nambatac had 27 points in a gallant stand that helped the Painters move within 103-100 with 49 ticks remaining.

Phoenix hopes to go above .500 when it battles Magnolia Friday next week, also at the bayside venue.
Rain or Shine, on the other hand, will try to survive a TNT side set to reunite with top gun Mikey Williams. The two clubs battle Thursday at Ynares Center in Antipolo.