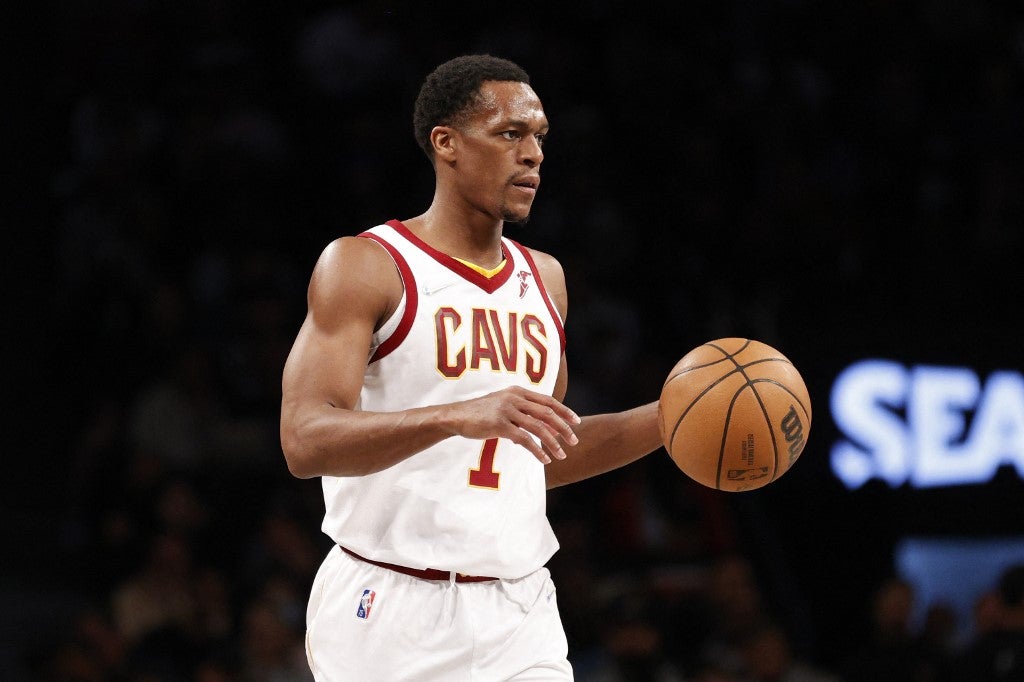 Rajon Rondo #1 of the Cleveland Cavaliers dribbles during the second half of the Eastern Conference 2022 Play-In Tournament against the Brooklyn Nets at Barclays Center on April 12, 2022 in the Brooklyn borough of New York City. The Nets won 115-108. Sarah Stier/Getty Images/AFP

Rondo and the woman “reached an agreement,” leading the judge to dismiss the protection order, multiple media outlets reported Monday.

Court records showed that the order was dismissed last Thursday, just more than one month after the mother of Rondo’s two children alleged that he pulled a gun on her and threatened to kill her.

In the woman’s court filing, reports said, she accused Rondo of becoming “enraged” after she asked him to stop playing video games with a child in her home so the child could assist with doing the laundry.

After the child stopped playing, Rondo allegedly ripped the video game from the wall, destroyed several items in the home and left, saying to the woman, “You’re dead.”

Rondo allegedly returned to the home with a gun, demanding to see the children, but the woman didn’t let him back into the house. The children reportedly were “visibly upset and clearly scared that Rajon continued to brandish a gun.”

Rondo, 36, split the 2021-22 season between the Los Angeles Lakers and Cavaliers, seeing action in 39 games (one start).

Rondo is a native of Louisville and played collegiately at Kentucky.